5 Outdoor Films That Challenge Your Perspective

During a typical summer, I spend my days backpacking across the Sierra Nevada mountain range as an Outward Bound Instructor. These past few months, however, have been quite a change from my typical schedule. During this time of the pandemic, you’ll likely find me at home in Oregon trying to perfect my breakfast potato recipe or kicking back to watch outdoor films. So here are my latest film recommendations that will inspire you and provide a refreshing perspective.

A few short films that have been released recently have inspired my new passion for mountain biking. In April, director Analise Cleopatra released a fourteen-minute film about her first-ever bike-packing trip. In Pedal Through, Analise experiences camping and mountain biking for the first time all in one whirlwind of a week. She brought along a friend, DeJuanae Toliver, and professional mountain biker Brooklyn Bell. These three black women speak with candor about mental health issues and feelings of exclusion from the sport of biking. It’s a refreshing perspective that’s a change from the status quo. This short documentary reimagines pushing one’s comfort zone in many ways while also keeping true to yourself.

A still from the short film, Pedal Through.

Another favorite short film of mine is Becoming Ruby. In this film, Brooklyn Bell is the star. Well, maybe the star is her character Ruby J., an amazing black skier and mountain biker. At age 18, Bell dreamt up an outdoor sports hero that she identified with since that community is disproportionately lacking black women. This film more explicitly explores the racial inequities of downhill biking. Brooklyn brings the camera along on a journey to a bike race where she’s the only person of color. This film perfectly brings Bell’s narrative into the ongoing and important discussion of the racial and class discrepancies in adventure sports. This is done while also creating an opportunity for that space to become more inclusive with the help of heroes like Ruby J. and Brooklyn Bell. 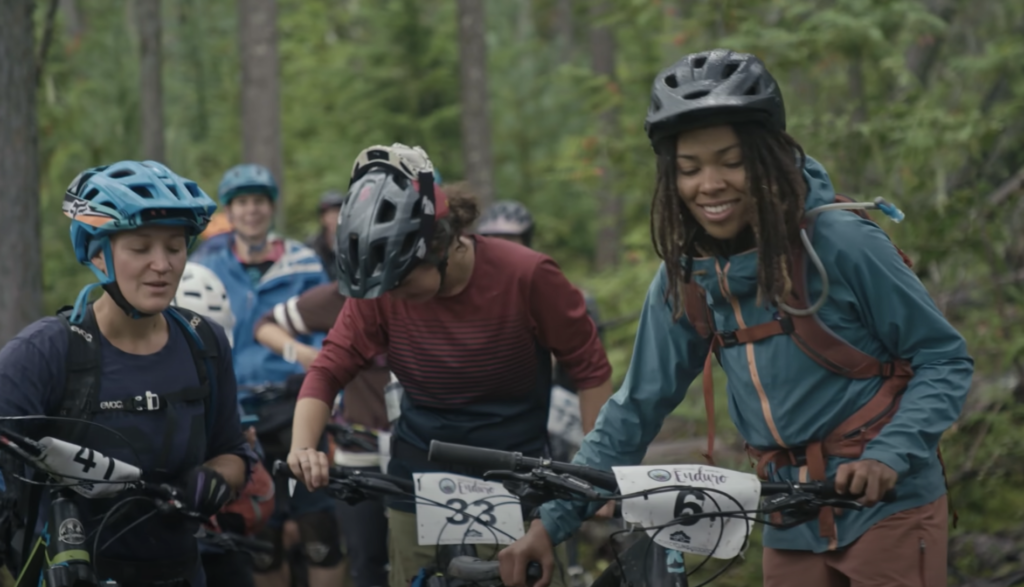 A still from the short film, Becoming Ruby.

You also have to check out Brotherhood of Skiing. This 2019 film checks all of my boxes for what a classic ski film must include—brightly colored onesies, big air and shifting the paradigm of an exclusively white ski culture to be more inclusive. Brotherhood of Skiing is about the first black ski summit in 1973 in Aspen, Colorado. The summit was about bringing together the nationwide community of black ski clubs. They were met in Aspen with hostility and the National Guard. The story continues the formation of the non-profit The National Brotherhood of Skiers. It’s an umbrella organization to more local ski chapters, and they aim to encourage and support young kids of color to join in on the fun of skiing. This short film, only 10 minutes long, will have you asking for more about the heartwarming story of creating access to skiing for everyone. The Brotherhood of Skiing went on tour with the Banff Mountain Film Festival and won Outdoor Magazine “Best Adventure Films of 2019.” 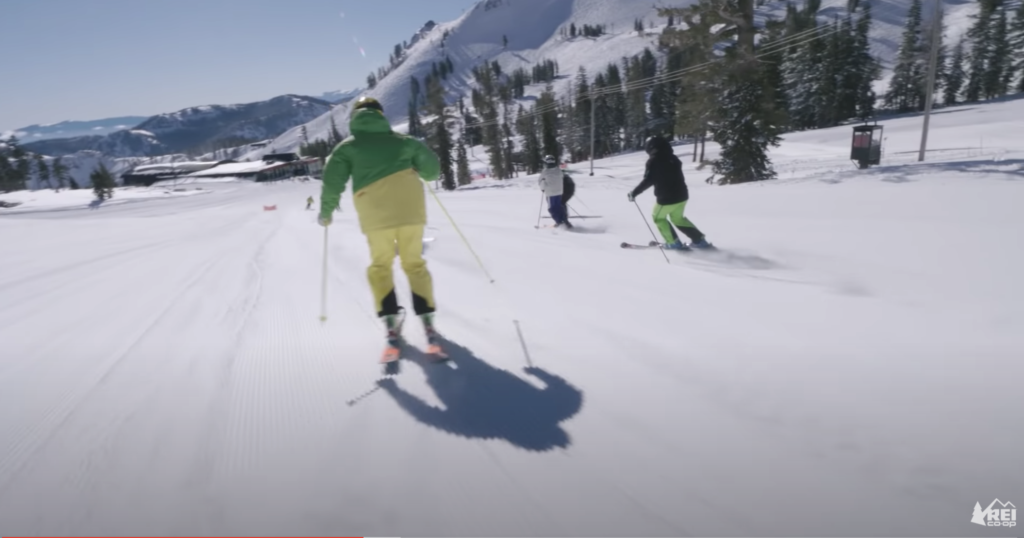 A still from the short film, Brotherhood of Skiing.

When I’m home and the sun sets, I turn to feature-length films to fill my time. Tending the Wild is an hour-long PBS special highlighting traditional ecological knowledge of native people in California. They cover a variety of topics including prescribed fire burning, the fishing industry, herbal medicine and the threats from large-scale industry. The film includes the voices of tribal elders, historians, basket weavers, gatherers, plant nursery managers, PhDs of ecology and more. The film highlights the deep knowledge of indigenous people to keep the land in harmony through a variety of processes. Their expertise had been ignored for hundreds of years by colonizers. Yet today, modern science techniques are supporting the ideas and land management skills that native people have known for millennia. To me, this is one of the most impactful films on my list. After spending many of my summers in California it’s poignant to see those locations on the screen. Invite a friend to join you virtually so that you can discuss it. You’ll undoubtedly have a lively discussion and introspective thoughts after watching Tending the Wild.

A still from the short film, Tending the Wild.

There has been a recent revival of drive-in movie theaters across America, and I understand the hype! Recently I was lucky enough to catch the film An American Ascent at my local drive-in theater. This documentary debuted in 2014 alongside the book The Adventure Gap. Both the movie and book cover Expedition Denali, a project where the first team of African American mountaineers attempts to summit Mt. Denali in Alaska. Each one of the nine climbers is coming from a unique background as they aspire to achieve the goal of reaching 20,308 ft. above sea level while increasing the representation of black climbers and mountaineers. The work these climbers did began only after returning from the mountain; to this day, they continue to educate people about their journey in schools, at film festivals, and now in the living room of your next movie night. At one hour a thirty-three minutes long, this thought-provoking and beautiful film can perfectly fit into another evening indoors.

A still from the trailer of one of the films recommended: An American Ascent.

All of the movies and short films that I’ve highlighted above have intentionally featured people of color, indigenous people, women and other minority identities. Our outdoor community is fuller and richer when we invite everyone into it with our words and actions. The films I’ve recommended are a jumping-off point for your own personal exploration for unique and different outdoor films that are worth checking out.

Hadley Reine is an Instructor with Outward Bound California in the High Sierra. In her off time, she enjoys skiing, gardening, and finding secret swimming holes. She’s currently living in Bend, OR.