5 Things in the Wilderness That Aren’t So Scary

It’s natural to be hesitant of unknown, wild places. This is especially true during the month of Halloween when awareness of the paranormal is amplified.

Hopefully the things about the outdoors you think are scary will be outlined below. You’ll soon realize the only thing you need to worry about are the depths of your imagination! So sit back, relax and find out on this countdown of the five scariest things—that they aren’t so scary after all. 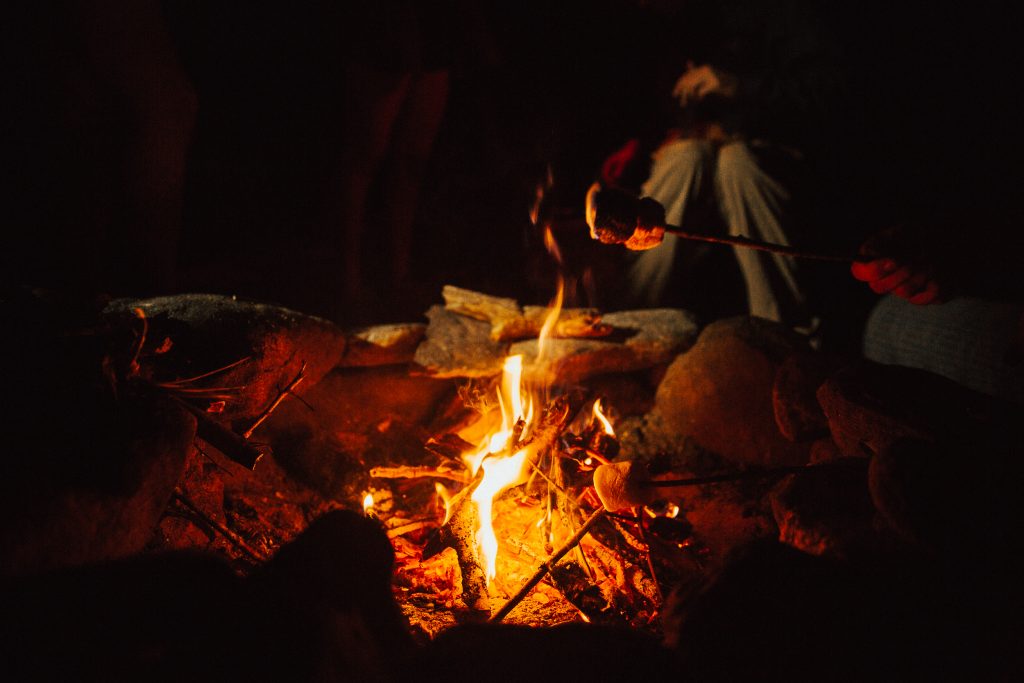 5. Navigating Through the Woods

Most people are nervous about traveling through the woods, and even more about getting lost. However, you can always remember that the sun rises in the east and sets in the west.

By paying attention to how the sun moves, you’ll know where north lies. You can then take your paper map and point its north arrow in the same direction, essentially orienting the map. You should be able to spot landmarks such as rock formations, valleys, hills and bodies of water nearby that can pinpoint your position. Depending on what terrain you’re on, there should also be trail markers (colored markings or signs) to find your way on hiking trails and designated paths. Another way to find north is to use a compass. If you hold the compass parallel to the ground, its arrow will point north and you can then orient your map as before. Before you know it, you’ll be proficient at finding your way in the woods. 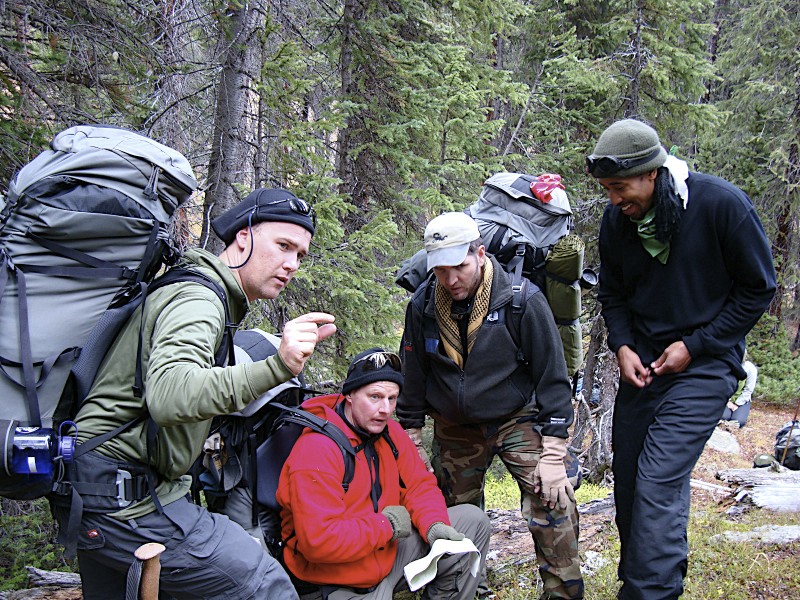 By paying attention to how the sun moves, you’ll know where north lies.

No matter the course or age of students, they can’t stop swatting the air on their first day of an expedition. “Bug stress,” we call it. However, after discovering the magic of bug spray and getting into the groove of life in the woods, bugs become an afterthought—especially with priorities such as building a fire before nightfall. 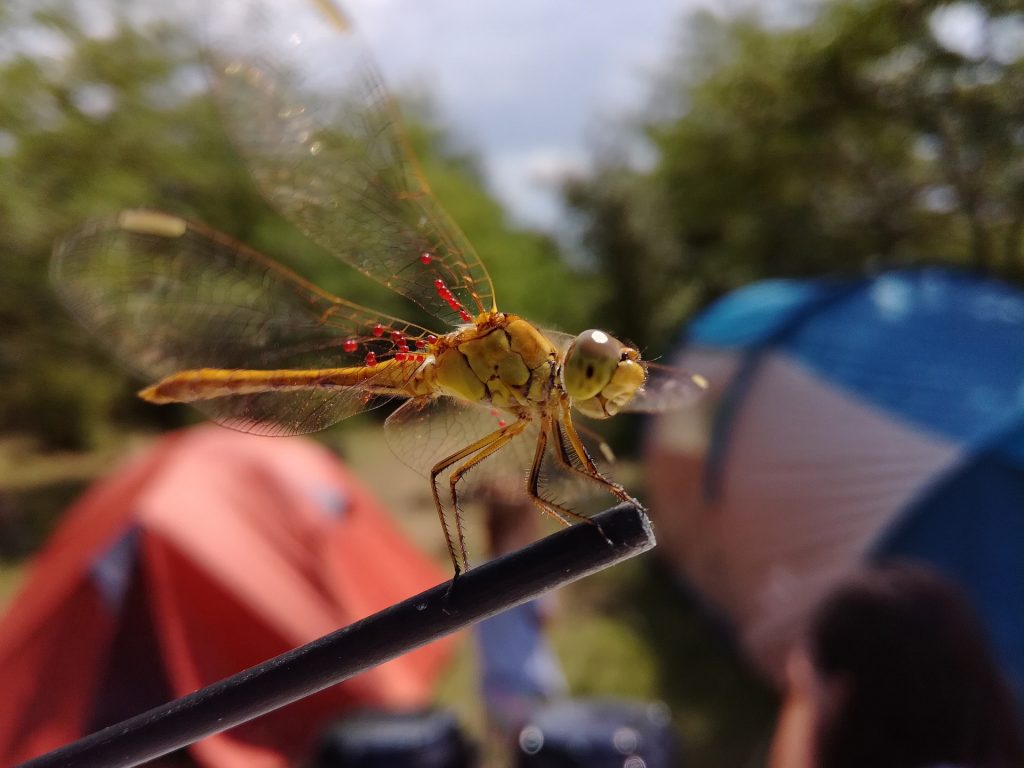 You’ll likely find yourself using bug spray sparingly because you’ll get into the groove of living outdoors. Bugs become an afterthought, especially with priorities such as building a fire before nightfall.

“Shh!!…What was that??” -Every scary movie ever/almost every Outward Bound student.

Car alarms, phone alerts, loud music and all the daily noise we naturally block out give us a blunt, existential reminder of what doesn’t exist in the natural world. Once we step into the woods, our new, heightened soundtrack becomes the sound of leaves talking in the wind, flies’ wings, birds chirping, and when all is still, piercing silence. This may be very uncomfortable for a new generation of campers brought up with dings from cell phones and music from Bluetooth speakers. Portable technology has led to overstimulation, with peace and stillness becoming a rare commodity.

Disconnecting from the small screen world can be almost scary at first. However, being fully immersed in nature provides the opportunity to relish in the silence and listen to your internal voice. Nature provides the primal setting for introspective development free from information overload we experience in our everyday lives. 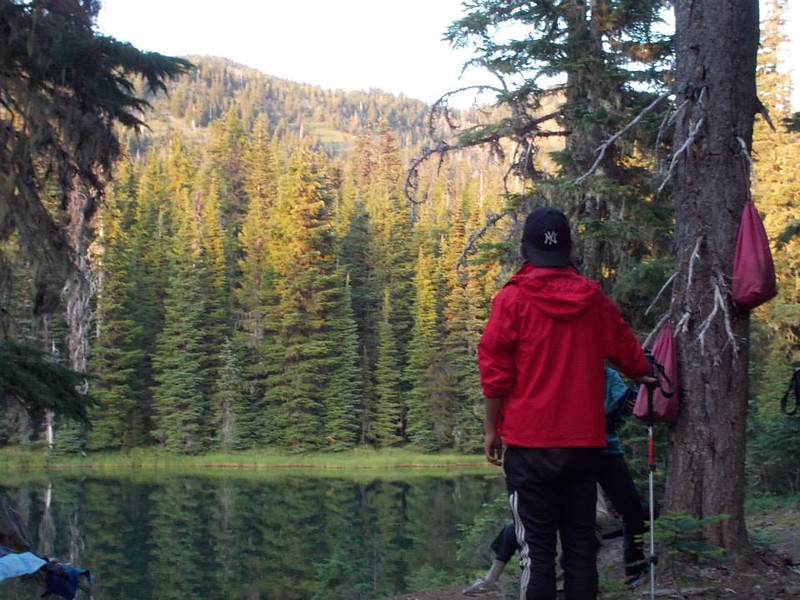 Nature provides the primal setting for introspective development free from information overload from our everyday lives.

During an expedition, I can’t tell you how many times middle school students talk about scary internet memes as soon as the sun goes down and night creeps in.

Darkness, in a way, is an absence of information—information that the brain is accustomed to receiving, especially in our modern, nocturnal life. I’ve seen the most outspoken, boisterous students become very quiet and anxious at nightfall. It’s as if their brains start improvising what they see, and they are trying to understand their unlit environment. Research has shown that the brain is very good at recognizing and predicting patterns; it’s what has made our civilization technologically advanced. The brain is so good, in fact, that sometimes it detects patterns when there are none, tricking itself into seeing or hearing things that are not there. This is known as pareidolia.

This phenomenon almost always happens on the first night with students, walking around in the dark, trying to see and make sense of their new setting. That random, tall humanoid in the bushes? Just fallen branches. Those moving shadows? Wind blowing through the trees. So don’t worry, those distant shapes and sounds are just your brain doing what it does best—making sense of its new surroundings by using the limited information supplied.

Distant shapes and sounds are just your brain doing what it does best—making sense of its new surroundings by using the limited information supplied.

The first night in the wilderness is the toughest. Students become afraid of the encompassing darkness and I hear panic in their voices. To remedy this, we counterintuitively have everyone turn off their headlamps and run a game called Bat and Moth. Gradually everyone’s eyes become accustomed to the darkness. Acquiring the long-lost skill of night vision lets them impress each other as they move about without any need for a flashlight.

One of the first things I say to students when they start a course is, “You will get out what you put into this trip.” I’m referring to effort and energy, but I’ve seen imagination be just as important, if not more. It can be both a serious limiting factor by amplifying the fears you bring with you into camping, or it can lead you to self discovery.

Outdoor excursions are known for overcoming physical challenges, but many people might be surprised that they also push imagination with creativity and logic. Problems can arise, like which direction should you hang wet clothes so that in the morning they start drying? What’s an efficient way to carry several 5 gallon water jugs into camp? Is it a good idea to sleep with packed food nearby?

Whether it’s hiking for the first time or giving a presentation in front of a large group of strangers, imagining yourself doing the activity is the first step towards success. You’re mentally preparing your body for when a physical challenge arises. Even if it’s fear of the dark or scary scenes of movies looping in your head, recognize that your imagination is acting up due to your brain making it’s best guess of the environment. 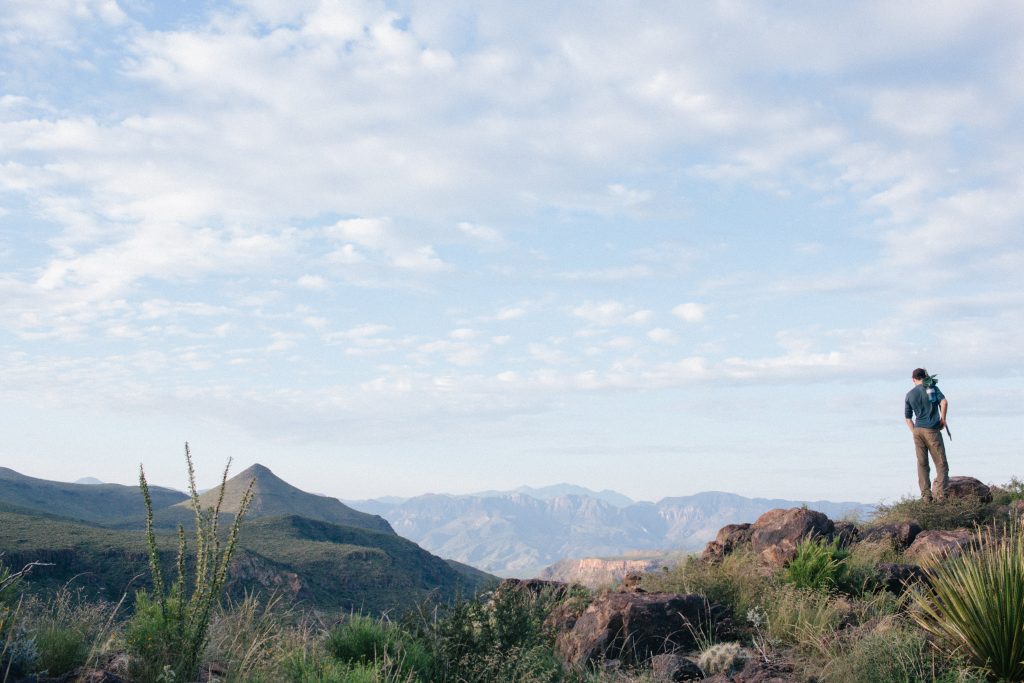 So before you go camping in the wilderness, don’t trick yourself by imagining your limits and thinking everything is scary. Instead, visualize yourself as a pro-navigator, comfortable with bugs, who is able to move through the darkness with night vision.

Victor has worked for New York City Outward Bound Schools (NYCOBS). Currently he’s a climbing and kayak Instructor at Boston University, leading trips around the New England area. He also works for Global Works, a youth travel company leading trips to other countries for cultural exchanges and language immersion. When not instructing or traveling, he’s either shooting/editing videos, performing music or creating content about his interest on how rapid evolving technology influences today’s youth. On his free time he can still be seen in NYC running a program for NYCOBS.