At Outward Bound, our mission is to change lives through challenge and discovery. These eight adventurers have not only changed their own lives, but have impacted countless others’ by breaking barriers, telling untold stories, inspiring others and more through their expeditions. Check out this list of adventurers we admire.

Japanese mountaineer, Junko Tabei, pushed through societal norms, an avalanche and funding issues to become the first woman to successfully climb Mount Everest and the Seven Summits (the tallest peak on all seven continents). Accomplishing that feat in the 1970s, she shattered society’s expectations of what it meant to be a mountaineer and changed the landscape for female adventurers. 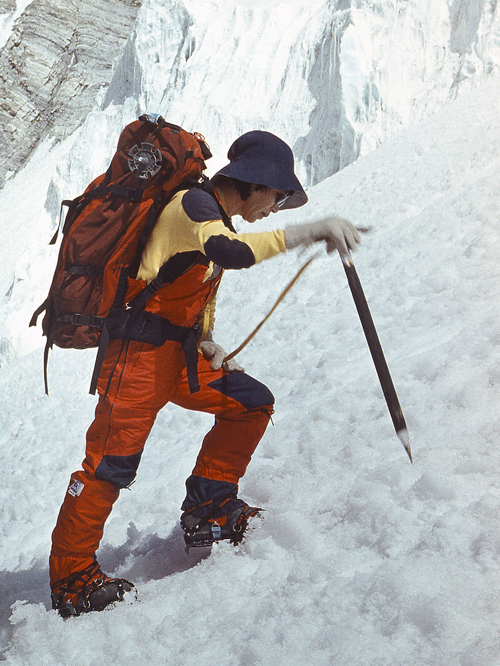 In 2012, nearly 40 years after her historic Everest summit, she told the Japan Times, “Back in 1970s Japan, it was still widely considered that men were the ones to work outside and women would stay at home. There was never a question in my mind that I wanted to climb that mountain, no matter what other people said.” She went on to climb dozens more mountains all across the world, a map of which can be found here.

In an effort to document the social and environmental conditions of the Yellow River in China, Semit Lee made the first solo expedition of the “Mother River.” The river runs for 3,590 miles and drops more than 14,500 feet, making it one of the most deadly in the world. When talking about the most dangerous section of the river, called the “king of terrors,” Lee said “It was like being thrown into a washing machine.” He added, “I had no spare time for feelings. It took everything I had just to keep the kayak from capsizing.”

Before becoming a National Geographic Adventurer of the Year Nominee, Semit Lee was an electric engineer. He didn’t begin paddling until he was 33 years old.

Lee successfully completed his expedition and wrote a book with his wife, who drove alongside him with backup kayaks.

After two bouts with cancer and a surgery that caused her to lose 25 percent of her breathing capacity, Barbara Hillary became the first African American woman to reach both the North and South Poles. Not only that, but she did it at ages 76 and 79. 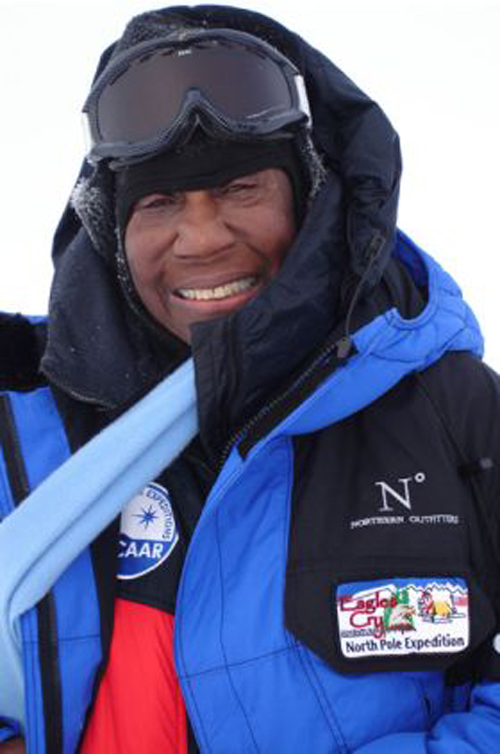 Upon retiring from her 55-year career as a nurse, Hillary decided to do some traveling. Some might imagine retirees on the beaches of Florida, but not her! She dog sledded in Minnesota and photographed polar bears in Manitoba, Canada before embarking on her historic Arctic trips. Now well into her 80s, it seems age is just a number to Barbara Hillary. In 2013, she told the Huffington Post, “As long as you have reasonably good health, why make yourself old?”

One of Outward Bound’s own, Ella Hartley, is through-hiking the Te Araroa in New Zealand in an effort to raise funds for the Gruffie Scholarship for Young Women, which sponsors women between 16 and 25 on a Colorado Outward Bound School course. The Te Araroa, or “New Zealand’s Trail,” stretches the entire length of the country (1,850 miles), typically taking three to six months to complete. Hartley hopes to not only raise scholarship funds, but also to inspire women to get out into the wild. 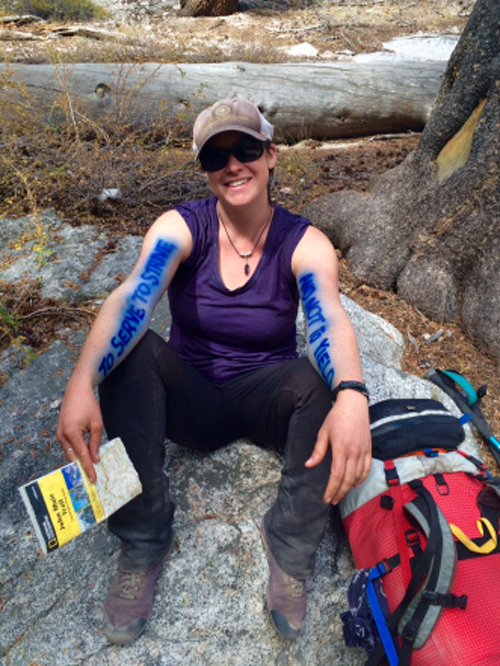 “Adventuring in wild places offers young women the unique opportunity to test themselves and fail beautifully, to lead and stand confidently in their own sense of compassion and justice, to find their voices and use them,” said Hartley about what fuels her passion for exploration. Follow along with her journey here.

From winning some of the toughest trail races in the world to breaking the mold of traditional Nepali women, Mira Rai is a trail blazer both literally and figuratively. The 2017 National Geographic Adventurer of the year had big dreams from an early age. She told the magazine, “As a girl, I would constantly be told to know my place, suppress my voice, and act in a certain manner,” she says. “For me, breaking free from these traditions itself was a big dream.” Rai dropped out of school at age 12 to help her family, carrying water for several hours over the harsh Nepali landscape. By 14, she joined the Maoist rebels, where she excelled in running and karate. Now at age 29, she’s a world-class athlete who hopes to give back to her community by helping train other women trail runners. 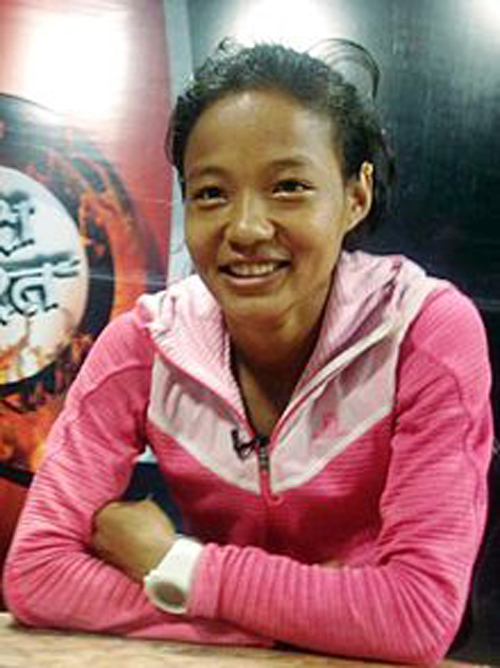 Unlike many climbers who start from a young age, Sophia Danenberg didn’t begin climbing until well after college, but that didn’t stop her from making climbing history. In 2006, she became the first African American woman and black woman from anywhere to climb the summit of Mount Everest. For Danenberg, climbing is all about positivity and determiniation. She told the Chicago Tribune, “It’s not really about having the ability to climb. It’s about this ability to say, ‘I can do it really well.”

Erik Weihenmayer began to lose his eyesight at the age of 13 due to retinoschisis, an untreatable eye disease. Refusing to believe blindness would decrease his quality of life, he set out to climb the Seven Summits, the highest point on each continent. In 2001, he became the first and only blind person to complete the task, including climbing Mount Everest. He says that a large portion of climbing mountains has to do with one’s mental state. He told CNBC, “When I think about mountain climbing, I never think about conquering because if you go head to head with a mountain, the mountain will kick your butt. The mountain will destroy you. You have to have a sense of humility when you go up to climb these mountains.”

There’s a new face to the sport of bouldering and she happens to be a 15-year-old girl. Ashima Shiraishi is an American climber and is thought to be one of the strongest of all time. 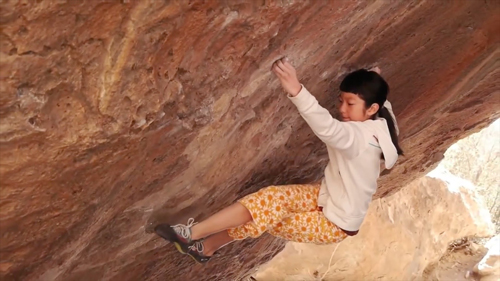 When she was 13, Shiraishi became the youngest person ever to climb a sport route with a difficulty grade of 9A+. Last year completed an 8C boulder route, making her the first female to ever do so. A 2017 National Geographic Adventurer of the Year Nominee, she told the magazine, “Women have the power to dominate the sport. It might take a long time . . . Well, maybe not that long.”

Shelby Jumper is the Web Content Administrator for Outward Bound. Her hunger for adventure has taken her all over the world  – from hiking in the Swiss Alps to exploring the South African Wild Coast to swimming with wild whale sharks in the Philippines. She’s passionate about getting people outside, the medicinal value of laughter and her dog, Scout. She writes from Golden, Colorado.

Music inspires action, stokes the adventure and serves as a memorable audio journal in time. Below is a soundtrack to get you rolling. You’ve dreamed up the adventure, you’ve researched…...

Read More
10 Books That Made Us Stop In Our Tracks

Six Outward Bound folks weigh in on the books that have provided them with lessons and perspectives at just the right moment in time. One of the greatest gifts that…...

3 responses to “Adventurers We Admire”