When we ask about 17-year-old Bailee Miller’s least favorite part of her two-week Hurricane Island Outward Bound sailing trip last summer, she laughs. “The morning dips!” she exclaims. “Getting in that cold water every morning was the hardest part. It’s funny because I did so many other really hard things – living and sleeping on a 30-foot boat, spending two nights alone on solo, learning to tie all those different types of knots, anchor watch alone at night. These were all things I never thought I’d be able to do. And I did them. But even after all of that, jumping off the boat into the cold water each morning was still tough.”

Bailee tells us that, at first, the prospect of heading out on the open seas with a group of students she had never met felt daunting. As a competitive softball player and social teenager, she had always gone to summer camps, sports clinics and teen programs with friends or teammates. But something about last summer was different. A close friend was heading to Colorado for an Outward Bound backpacking expedition – and Bailee, too, had begun to contemplate an adventure of her own. As a rising high school senior, Bailee would be heading into her freshman year of college soon – and she was ready for a lesson in independence, self sufficiency and challenge. 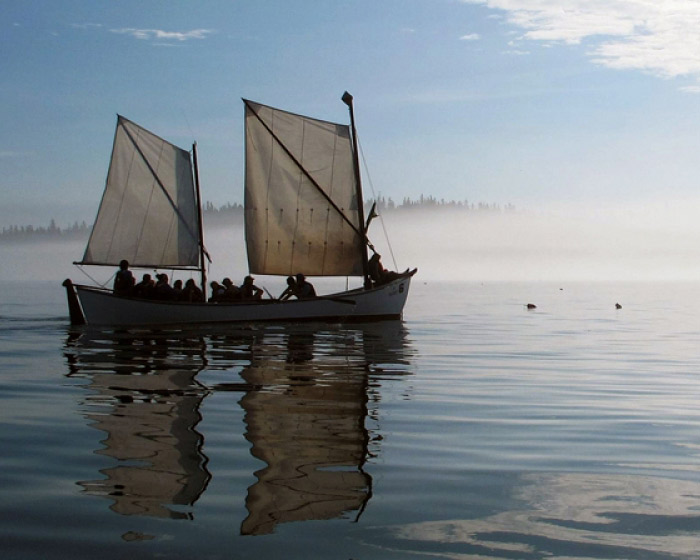 Bailee’s mother Desiree recalls being “shocked” when Bailee proposed the sailing trip on her own. “Here is a kid that never wanted to stay home alone for an hour!” Desiree says. “But when she asked to go sailing she never brought up trying to recruit a friend.” Bailee’s father Tom was equally surprised. “Bailee was not the bravest. She didn’t have a background in the outdoors. She had never been sailing before. But she was willing to give it a try.”

When Bailee arrived at her course start in Maine, she had, in the words of her father, “no idea what she was getting herself into.” As she joined a crew of nine apprehensive teenagers and two instructors, Bailee remembers feeling nervous. “I was uncertain about the other people I would spend two weeks with. I didn’t want to be the weakest person. And of course, I was afraid of the unknown. My biggest fear was the solo. I was afraid to be alone.”

Soon enough, however, Bailee’s fears began to fade. Under the careful guidance of their two skilled instructors, the group began to learn the basics of living on a 30-foot boat open to the elements. Eating. Sleeping. Bathing themselves. Changing their clothes and using the bathroom. All on the boat together. “Looking at the photos of the boat, it looks tiny” Bailee comments, “but when you’re living on it, it doesn’t feel so small.” On the first few days of the expedition, the students had to learn all new jobs: cooking in the wilderness; navigating the ocean; keeping an open boat clean. And although the instructors provided plenty of direction for the first few days, on day three or four they sat back and observed – encouraging students to figure it out on their own – and put their skills to the test. 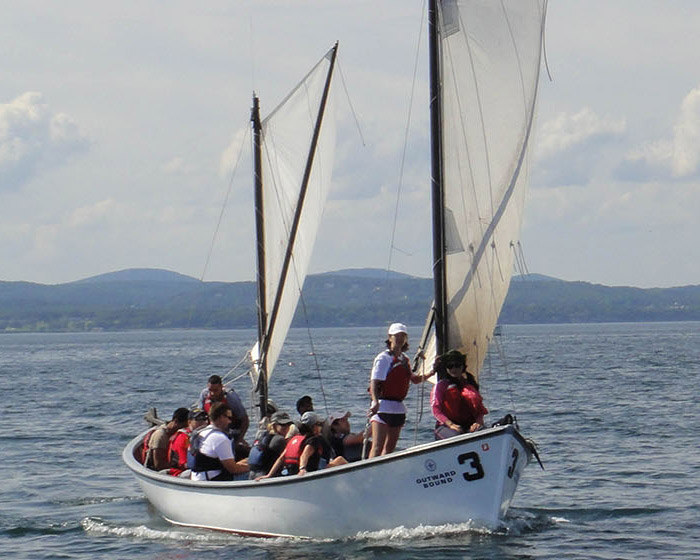 Bailee soon recognized her capabilities. “I can cook!” she exclaimed. “I can make grilled cheese sandwiches and tomato soup on the camp stove for the entire group.” But more than capabilities, Bailee learned to identify her weaknesses – and how to ask for help. Especially when it came to learning how to tie the knots necessary for the sailing expedition, Bailee struggled. “I failed my knots test and I was nervous to ask for help,” Bailee explains. “But then I realized I shouldn’t be scared. My crewmates didn’t care that I didn’t pass the test. They just wanted me to succeed. It made me realize that in the future, I should be more willing to help and teach others, too.”  According to Bailee, on her crew there was no such thing as the “weakest link.” Rather, the strongest people helped by jumping right in – and as long as she tried her very best, they understood.

When it came time for her two-night solo, Bailee – left only with a sleeping tarp, some provisions, and her own thoughts – wasn’t afraid or scared. Rather, she found the found the solo experience “peaceful.” “I was surprised at how much I actually liked it,” she says. “I thought I would feel scared – but I felt safe. I was calm. I had a view of the ocean and I had set up everything myself. I was more concerned with my own thoughts than worried about anything else.”

For Bailee, the sailing expedition was the first time in her memory that she was truly removed from everything – a feeling she grew to cherish and appreciate. “Even anchor watching – though it sounds like it would be boring – was peaceful. Just you, the ocean, the fish, the dark.” Although her friends and family had sent carefully-written letters and cards, and although Bailee had the opportunity to read them on course, she opted to leave them unopened until the end of her expedition. Bailee felt so present – and was so committed to living in the moment on that course – that she didn’t want to “break the frame of mind she was in.” 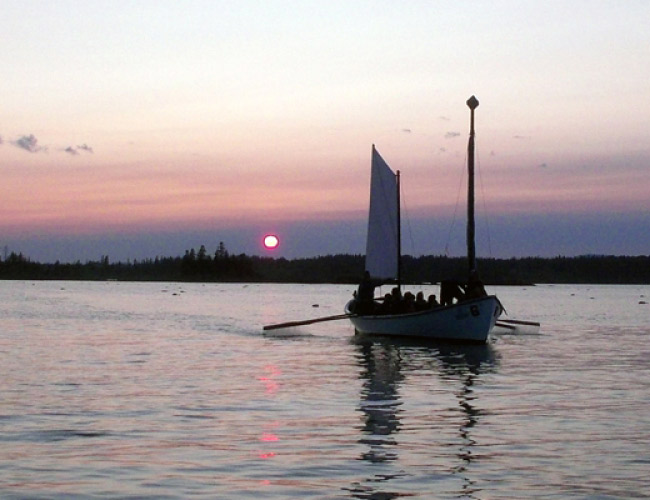 Sailing on course under a picturesque Maine sunset.

At the end of 14 days, Bailee emerged – no longer an apprehensive teenager – but now a capable, self-reliant young adult. She had tested herself – and had come out with a new sense of confidence and pride. Moreover, according to her father Tom, the opportunity to “take two weeks and breathe,” fostered a greater appreciation for the world around her – and helped Bailee realize that “the world keeps moving – even when you’re not plugged in.” Tom says that Bailee is now better prepared for the next phase in her life and as she heads into her freshman year of college next year, “her Outward Bound experience has shown her that there’s nothing she can’t figure out herself. All she needs to do is try.”

When we ask Bailee about how her Outward Bound expedition translates into real life, she takes a deep breath – as if the list is heavy and long. “I’ve realized there’s a lot more out there than just my high school,” she begins. “There’s so much more out there that I don’t know.” She goes on:

“I learned to never judge others based on the way they act – because we can never really know what’s going on under the surface. You don’t know what people are going through – really going through – until you spend some time with them. There were a few people on my crew who were very quiet – hardly spoke at all – but then when they felt comfortable and opened up, we learned so much about them.”

And the best lesson of all? The power of “can.” Bailey says she learned that “You think you can’t do something, but you can!” She explains further: “I always get nervous for new things. And a lot of times I won’t do things that scare me. But on the last day of the course, when everyone was jumping off of the dock – something I never would have done before – I was able to jump off. I thought to myself: I was on a ship for 2 weeks. I can certainly jump off the dock!”

Here at Outward Bound we have no doubt that Bailee’s “can do” attitude will extend far beyond jumping off Maine docks or watching anchors in the dark. As she prepares to choose the college of her dreams, Bailee will most certainly bring with her the tenacity, respect for others, and boldness of spirit she developed on course. And we wish her the best of luck.

For information about a summer sailing expedition like Bailee’s, or to learn about our rich selection of other thrilling summer courses, go to www.outwardbound.org or call 866.467.7651 to reserve your spot today.

Sign-up for our newsletter to keep up on course options, resources, and special offers.