Dear Future Self: My Solo Letter

On October 3rd, 2018, these words opened a letter I wrote to my future self. I was on Solo in the alpine portion of my 50-day Outdoor Educator course in Washington. 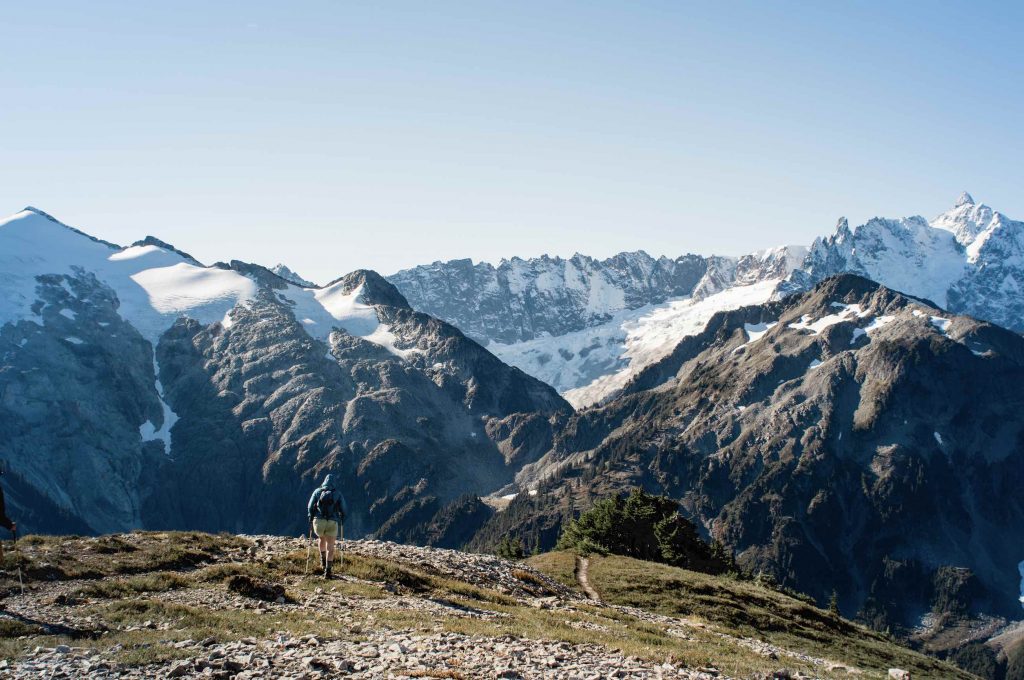 A month prior to writing this letter, I began my course in the beautifully demanding waters of the San Juan Islands. I quickly adapted to the concept of operating as a crew. We rotated through different positions of leadership and responsibility. We held one another accountable. Each day we packed, launched and paddled with an almost robotic efficiency. 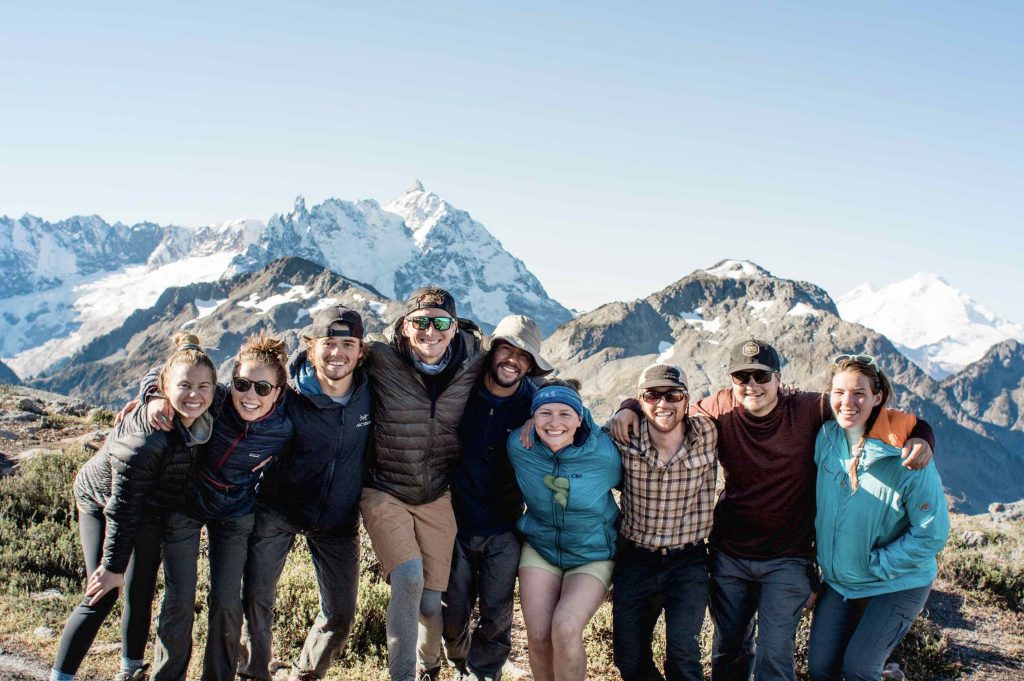 Maddi is pictured second person from the left. Photo courtesy of Charis Nichols.

Entering the alpine portion, the concept of community felt very real in our small crew. In the breathtaking North Cascades, we relied heavily on one another to survive, thrive and learn as we moved through harsh and gripping terrain. How wonderful it was to feel the magic of the mountains while feeling so connected to folks I had only known for a month. The thought of being alone for over 48 hours was unfathomable after being surrounded by others for so long. This is precisely why the Solo experience is present on almost every Outward Bound course.

A Crew of One

On the day we embarked on Solo, the snow and wind blew with more vigor than we’d seen in weeks, as if to set a particularly rugged stage for the following days of solitude. We hiked to an icy blue alpine lake, and our Instructors selected Solo sites for each of us, giving us enough space from one another to create a sense of isolation while still maintaining a safe proximity to their own camp. After an anxious lunch, we departed from the group camp in silence as we were led one by one to our designated sites.

As I stood in my very own slice of the alpine, I felt overwhelmed by my perceived isolation. In the weeks leading up to Solo, I had anticipated this sting of loneliness. What I didn’t anticipate was the realization that followed: that without my Instructors and crew, I still had everything I needed. I had the appropriate gear in my pack and more importantly, I had ample skills in my proverbial toolbox. So in the wind and snow, I decided to put these newfound skills to work. I planted my hiking poles in the frozen earth and began to craft a small shelter. My fingers worked as quickly as they could, relying on muscle memory to tie the knots I had tied so many times before. I battled the wind, which nearly turned my tarp into a kite. I battled my own thoughts, which told me that the next 48 hours would feel like a lifetime. Amid the storm I managed to build myself a home.

The Best Meal of My Life

Before I knew it, the sun had nestled itself beneath the jagged horizon and I was warm and dry in my sleeping bag. As I laid there, watching snow accumulate on the ground just past the edges of my tarp, I felt a mixture of exhaustion and awe. And, as if fate had planned it, I remembered the chocolate bar that I had been keeping warm in my pocket all day. I fetched the bar with newly thawed hands, sat up and began to eat what I consider, to this day, the best meal of my life. As I watched the snow fall. I savored each gooey morsel of that chocolate bar. I could feel, almost tangibly, the weight and significance of my newfound strengths as an alpinist, a leader and as a human.

The next morning, my nose and dew-dropped eyelashes—barely exposed from my nighttime cocoon—felt the first glares of eastern sun begin to warm my face. After over a month of constant movement in the sea and the mountains, it felt foreign to simply lay in my sleeping bag with no real plan for the day. One of my favorite aspects of Solo is the fact that watches aren’t allowed. The time of day is irrelevant information when your only job is to be present. Suddenly I had no channels to cross, no peaks to summit, no lessons to prepare. 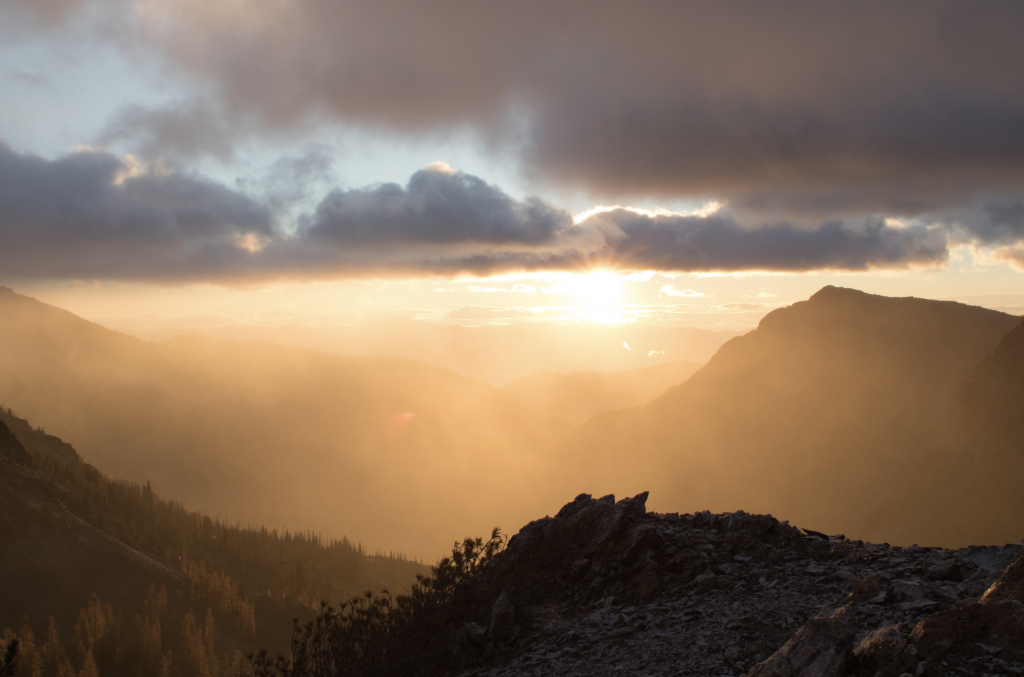 Undistracted by tasks or time, I found myself moving slowly. I spent an immeasurable amount of the day atop a large boulder that was doused in sunlight. I sat, squatted, stood and stretched, but ultimately felt unable to move from the beauty of that one spot. I watched snow from the night before melt and fall in heavy clumps from trees. Two chipmunks created miniature chaos in a Douglas Fir. They raced up and down the trunk, nibbling and stashing and chattering feverishly with one another. I laughed out loud at how much they resembled my attitude outside of my course. They had an urgency that suddenly felt unfamiliar to me and I marveled at their unwillingness to stop and breathe in the magnificent view that laid so obviously before them.

The greatest gift that Solo gave me was silence. Each challenge I faced on my Outward Bound course allowed me to grow into a more confident and capable version of myself. Silence created the space to observe that growth without distraction, and to believe that growth was real.

This is the closing of my letter to my future self.

Future self, I don’t know where you are right now. I don’t know what you need. You may not know, yourself. But I challenge you to harken back to the peace and wholeness you felt as you sat alone, perched above a turquoise lake, deep in the wilderness. Maybe some of what you needed then is what you need now. Whatever it is your soul seeks, I challenge you to find it. Find more seas to conquer and mountains to climb. But don’t forget to find silence. Don’t forget to look in your pockets for that defrosted chocolate bar.

Solo happens on every Outward Bound course. It’s intentional time that you spend alone for rest and reflection. It takes place around the middle of an expedition, and it lasts anywhere from a few hours to three days, depending on the length of your course.

Maddi Groen is an alumna of the 2018 Fall Washington Outdoor Educator course. Maddi graduated from Wheaton College in Massachusetts in 2018 and has since returned to the Pacific Northwest by way of Utah. After a season of ski instructing in Park City she has found her way to Bend, Oregon where she works as a Field Instructor for New Vision Wilderness Therapy.

Victor Pachas has worked for New York City Outward Bound Schools (NYCOBS). Currently he’s a climbing and kayak Instructor at Boston University, leading trips around the New England area. He also works for Global Works, a youth travel company leading trips to other countries for cultural exchanges and language immersion. When not instructing or traveling, he’s either shooting/editing videos, performing music or creating content about his interest on how rapid evolving technology influences today’s youth. On his free time he can still be seen in NYC running a program for NYCOBS.