I Googled “Outdoor Trip Groups” and Accidentally Changed My Life

Keilani Lai-Hipp didn’t grow up camping. “I was a beach baby,” she explained. Her one exposure to camping had been on a southwest road trip, tagging along with her brother, an avid climber—far from their home in Boston. During that trip she saw a glimpse of something she wanted, and as soon as she got home she did an internet search using the words: “Outdoor Trip Groups,” and found Outward Bound.

Keilani applied for a scholarship through Outward Bound and enrolled on a sea kayaking and alpine backpacking course in the San Juan Islands and North Cascades. She was 21 years old at the time and had never done anything remotely close to an Outward Bound course before. “I had no idea what Outward Bound would be like.” 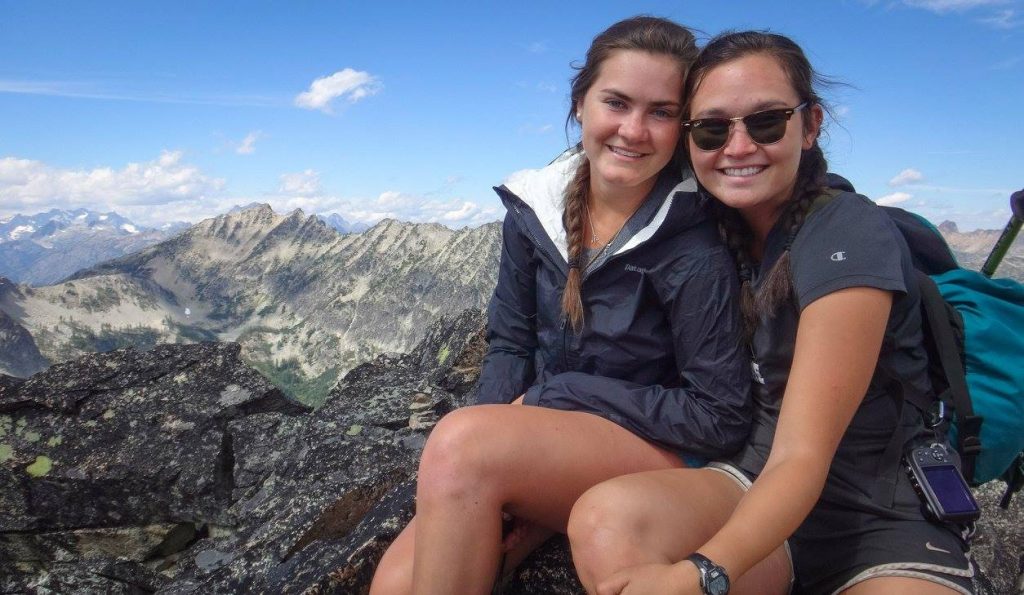 Keilani is pictured on the right, taken during her Outward Bound course. Photo by Luke O’Neill.

When Keilani signed up for her program, she was eager despite her inexperience and up for a challenge. But she couldn’t know exactly how tough kayaking on the open ocean would be, with headwinds and tidal shifts. Even though she spent a lot of time on the shoreline, for the first time, she fully realized the reflective power of the sun when it bounced off the water.

The biggest challenge, she said, were the currents and, unlike a trail or footpath through the wilderness, an ocean path is dynamic and unpredictable. She and her crewmates studied maps, read tide tables and listened to Marine Radio forecasts, but currents could and did change, leaving her and her fellow students reeling with frustration and exhaustion.

“There’s nothing you can do to control that. Sometimes you have to paddle against the current. You can accept it or fight it, but either way you still need to paddle.”

One day, as the group paddled toward camp, the currents shifted. The group struggled to hold it together but Keilani and another crewmate locked eyes from their kayaks, and said, “LET’S DO THIS!” That’s the particular magic of an Outward Bound course, Keilani said. The spirit of camaraderie carries a group to success. 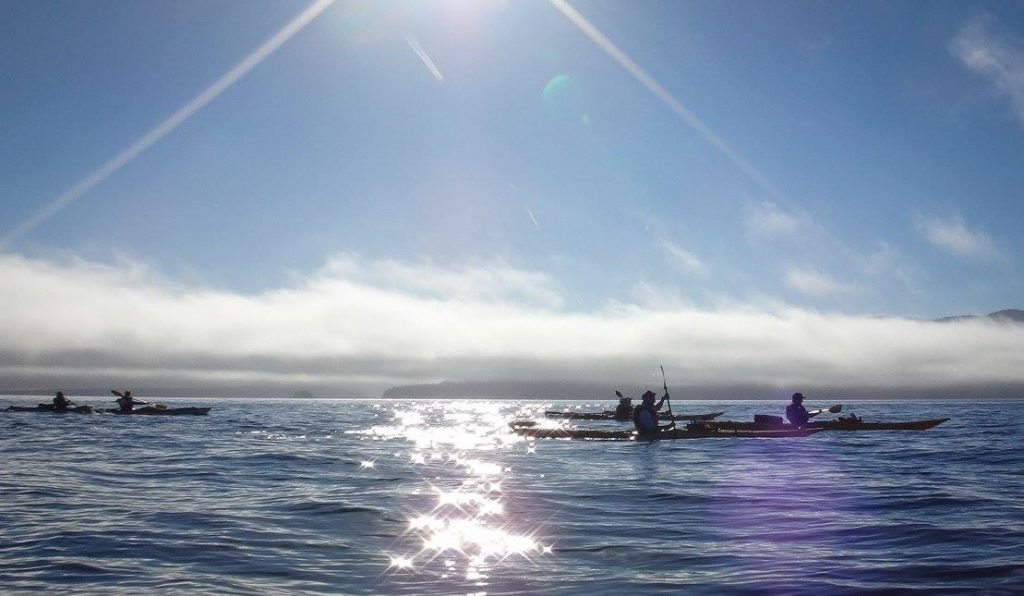 The group is shown navigating the San Juan Islands by kayak. Photo by Luke O’Neill.

For her, the backpacking portion of her course was not as physically demanding as kayaking. However, Keilani said that patience and compassion were a constant practice. Every group has a slowest and fastest person. On this course, Keilani was on the faster end of the spectrum, and she found that she needed to remind herself to be patient, and that it wasn’t a big deal to slow down to accommodate the group’s pace.

Keilani said navigation wasn’t her strong suit, and her biggest meltdown on course came on their summit day. The group had just completed Solo, and had navigated up an unnamed peak, mostly without their Instructors’ assistance. Sitting at the top of one of the peaks in the North Cascades, Keilani’s Course Director passed around a baguette and some avocados. “It was one of the most breathtaking views I had ever seen.” 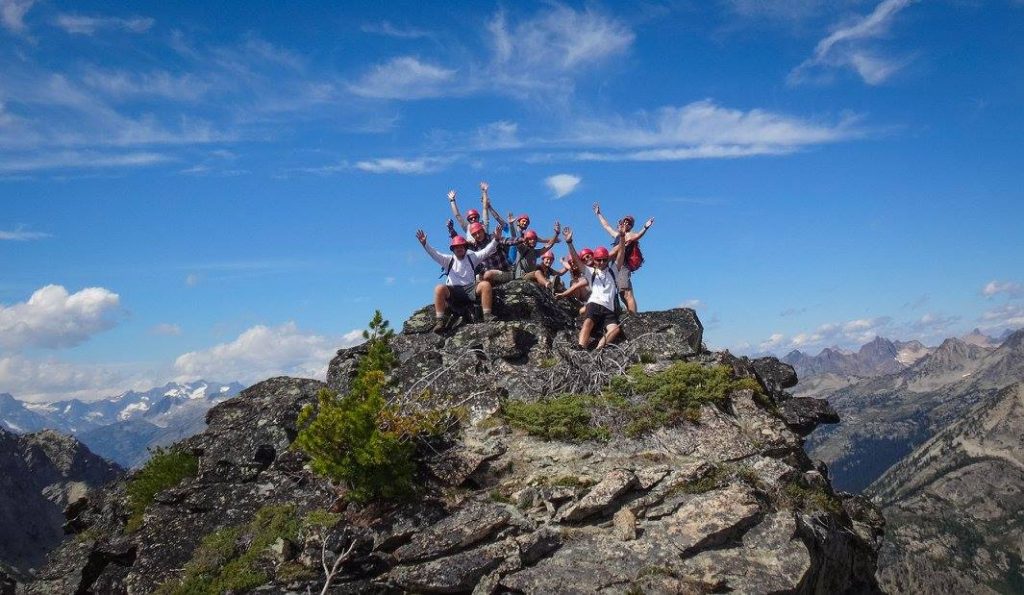 Hard work pays off, and the crew celebrates making it to the summit. Photo by Luke O’Neill.

As leader and navigator, Keilani had gotten so wrapped up in leading the group to the top that she’d forgotten to pick out markers and features to help guide the group back down. Her confidence waned and she became indecisive about which way to go. The other students, tired and frustrated, became impatient. Some broke away from the group to scout ahead while others glowered behind, feeling hopeless and frustrated.

Keilani was close to a meltdown, but her co-navigator kept calm and offered words of encouragement.

The group did find their way back to camp. That evening, they sat in a circle and talked about the challenges of the day. Keilani brought up how the situation had made her feel undermined and flustered. Her group met her with ownership and support. Everyone got a chance to share and give feedback. They were all thankful for the experience, and the situation had made them stronger.

“I was really challenged. I didn’t know where I was going or what to do. Then I stepped back and realized I had this whole group of support around to help me. It wasn’t all on me. And that was a really comforting feeling.”

Keilani said that her course was one of the most life changing things she’s ever done. It helped her understand where she was in her life and who she wanted to be—it put her real priorities into focus. “I will never forget the sunrises over the San Juan Islands. Or being on the shores of alpine lakes with dirt on my feet and hands.”

Keilani’s story is a special one, and at the same time, not unlike many Outward Bound students. She took a big leap of faith and threw herself into the unknown with very little background in wilderness skills. Keilani says, “You will not regret a single minute of your experience. It is something that is uncomfortable and can be scary but that shouldn’t deter you from stepping into the unknown. Everything that goes into an Outward Bound course is all focused on you having a powerful and life-changing experience. There’s so many things in life that can be scary or challenging or bad, but you still go through it. Those feelings of being scared are so, so valid. So that’s why we practice, because we will have to face them, and this way we can learn to get through them.”

Keilani describes herself as an eager, inexperienced student who accidentally fell in love with Outward Bound and the Pacific Northwest, which brought her back to work as a part of the logistics team at the Northwest Outward Bound School in 2016. She is now on the east coast, graduating from Northeastern University in New England but hopes to make it back to Outward Bound soon. 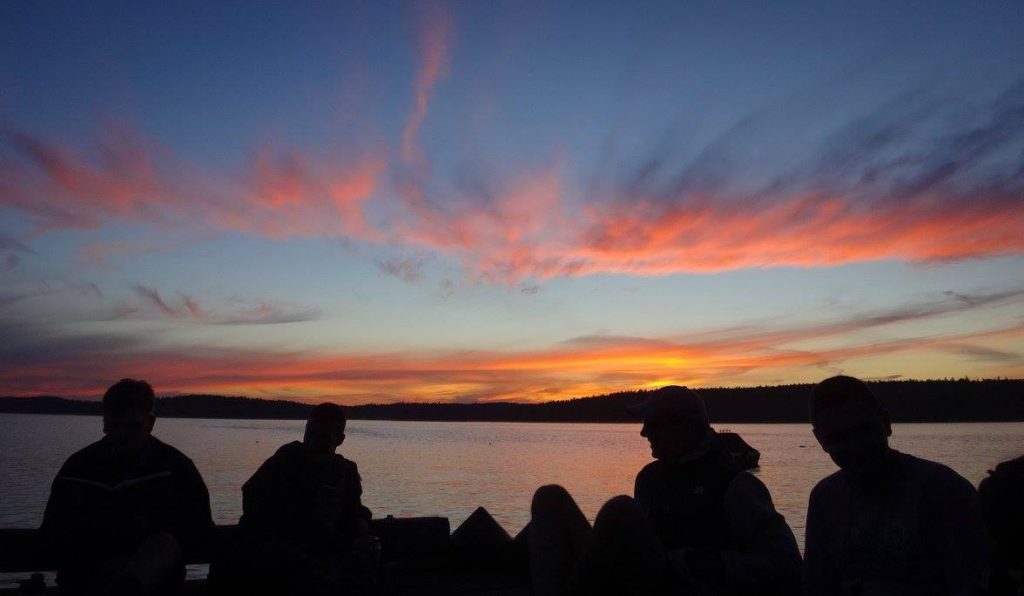 The group enjoys the breathtaking view after a long day on course. Photo by Luke O’Neill.

Trevor McKee embodies and models the spirit of Outward Bound every day. As a three-time alumni, Instructor since 2009, and Course Advisor for the Northwest Outward Bound School, Trevor has served many sides of the school. He can often be found volunteering and says he doesn’t feel fulfilled without incorporating service into his life. Trevor also believes in making Inclusion and Diversity a reality in his community. He co-produces the Queer Adventure Storytelling series in Portland, Oregon. Trevor credits his pivotal experiences as a student for giving him the tenacity to pursue his dream of hiking from Mexico to Canada twice. He believes every person should have the opportunity to challenge themselves on an Outward Bound Course to realize they are capable of more than they ever thought possible.

Why “Having It All Together” Shouldn’t Be Your End Goal 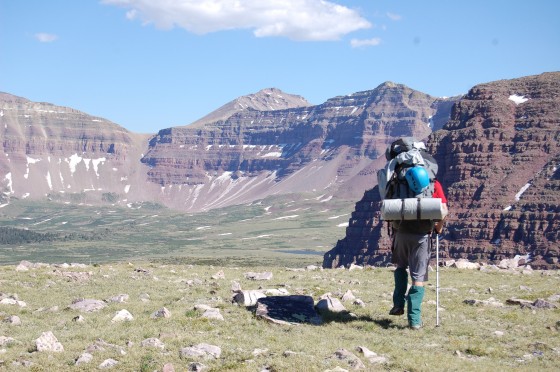 ﻿ You’ve met them. The people who seem to have it all together. The ones floating through their lives, relationships and work with ease. How do they do it? When…...

Read More
What Does Responsibility Have to Do With Being Resilient?

﻿ It was day 18 of a 21-day course in the Oregon Cascades, and our crew was eating macaroni and cheese in the shadow of Mt. Thielsen. We had navigated…...