Identity Loss & The Outdoors During a Pandemic

Fabi Pereira is a surfer, sailor, sea kayaker, rock climber and backpacker. She’s also an adventurous Outward Bound Instructor from Brazil who works for the Outward Bound School in Maine. Fabi has led Outward Bound expeditions in Brazil, in the mountains of Maine and off the Atlantic coast in Maine and Florida. From her home in Guarujá, in the state of São Paulo, Brazil, she chatted with me about what adventure means, the big changes of the past few months and how to adapt to continue living lives of adventure and service during the pandemic.

At this time last year, we were sailing together in the chilly fog off the Maine coast with a crew of Outward Bound Instructors. So much has changed this year. I know that adventure has been a guiding theme in your life. How would you define an adventure?

An adventure is something that puts butterflies in my stomach. Something that challenges me to get out of my comfort zone because I don’t know it all, and I need to learn on the go. Adventure is what has been moving my life so far. Every time I feel I’m in a place where I’m too comfortable, where I already know all the people and processes, I get bored. I’m not learning anymore; I don’t have any questions. So, I go and find something that I want to say ‘Yes!’ to. And I say ‘Yes!’ but with a lot of fear, because I don’t know half the things I’m saying yes to. 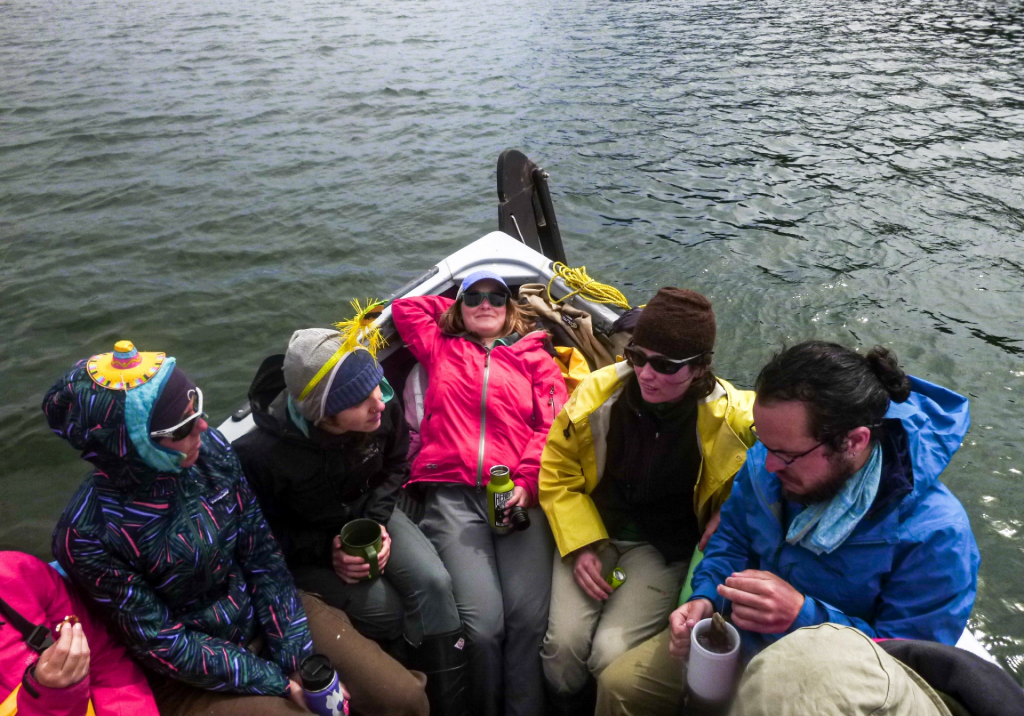 Fabi has led Outward Bound expeditions in Brazil, in the mountains of Maine and off the Atlantic coast in Maine and Florida. Photo courtesy of Fabi Pereira.

I think the capacity and opportunity to seek out adventure is cultivated. What was your relationship with the outdoors growing up?

I grew up mostly in São Paulo, Brazil, and moved around to Mexico City, Mexico and Buenos Aires, Argentina. All big cities. Most of my relationship with the outdoors came from being at the beach and getting to know the ocean.

The outdoor culture in Brazil isn’t the same as in the U.S.; people from the city aren’t used to going into the woods by themselves. There’s no public policy on national parks, and we don’t have long marked trails like the Appalachian Trail and the Continental Divide Trail. Wherever you go, you have to have a guide with you. It’s really hard to put on a backpack and say, ‘I’m going to hike this.’

In college, I was a half-marathon athlete and started running adventure races. I realized, ‘Hey, I can run trails and be in the woods.’ When I was 20, I started doing that by myself. I realized that being outside was something I could do and that I liked it.

What was an experience that really formed your sense of self in the outdoors?

I used to surf when I was a kid and I stopped surfing for a whole bunch of years. When I was 27, I decided that I wanted to learn to surf on a longboard. A year later, I moved to a town by the ocean so I could surf every day of my life, and I taught myself how to ride the longboard.

I started to learn a lot about myself through the ocean. I learned about my fears and how I face them. I learned that if I just breathe and listen, the ocean is never going to hurt me without telling me first—the waves get bigger; a storm is coming in. The ocean became my teacher and my friend, teaching me to be present and listen. Every aspect of myself is now built on that relationship.

My experiences in nature have allowed me to see that I’m part of something much bigger, that I’m a part of nature and nature is a part of me. And that’s what I’ve been trying to do with my life personally and professionally—build bridges for people to come back home to nature. 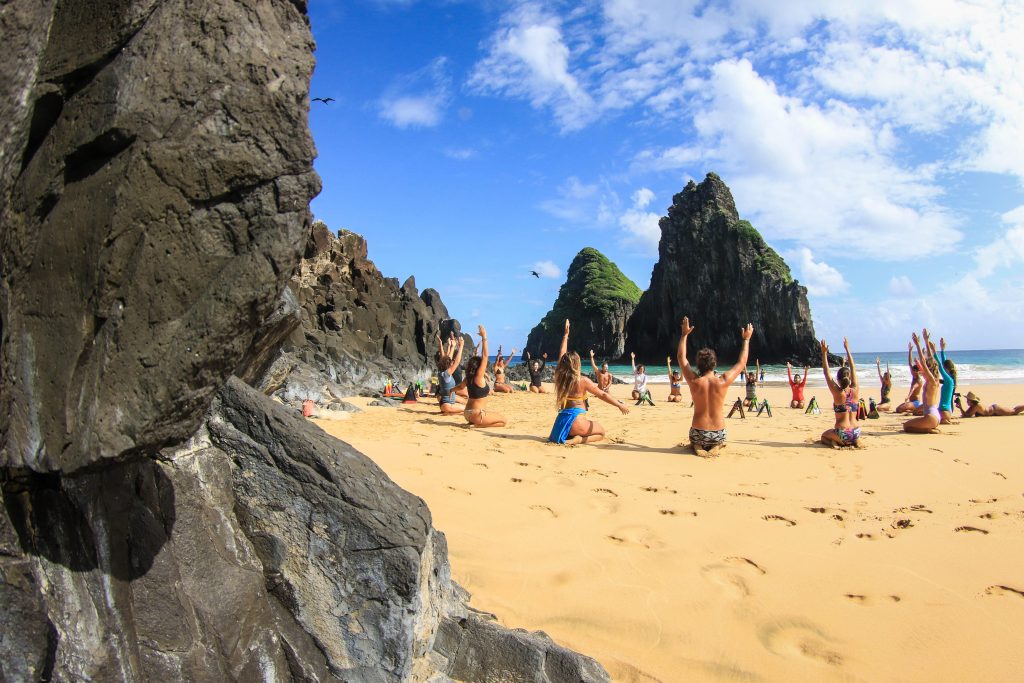 We know that the outdoors isn’t a neutral place; the connection each person is able to have with nature depends on histories of exclusion and displacement, and socioeconomic limitations today. How have some of your identities informed your relationship with the outdoors?

One of my identities that I notice the most is that I’m a woman. If being a woman in the outdoors is challenging in the U.S., it’s even more so in Brazil. There are so many days when I’m sitting on my surfboard in the water and everyone else surfing appears to be male. Of all my ‘outdoor’ friends in Brazil, I have just one female friend who will do things with me that people think of as ‘crazy,’ like going for a three or four-day hike and not showering. I really make a point of standing up and saying, ‘women can do it too,’ and we have our place in the outdoors.

In 2012, I started working for Outward Bound Brazil and later came to Maine through a partnership with the Outward Bound School in Maine. I felt happy to join that community because we have adventurous women doing all kinds of things. I’m a minority in Maine in that I consider myself Latina. In Brazil, I’m white when I compare myself to people in my country. I pass as white in the U.S. but I don’t feel white, and I’m also Latina when I’m here. I can be a white Latina.

I’ve been aware of my privilege for a long time now. The first time I was really aware of that privilege and uncomfortable with it was when I worked for a nonprofit in Brazil and started visiting ‘favela’ communities in São Paulo and Rio de Janeiro, two major cities with huge inequality. I was called out for being a white, blonde girl from south of São Paulo, which is one of the wealthiest regions. That was the first time someone mirrored that identity to me.

I’ve since based my life and teaching on addressing privilege and working towards equity in the outdoor schools where I work. Right now, I’m committed to educating myself on being an anti-racist and following Black writers in the U.S. and Brazil. 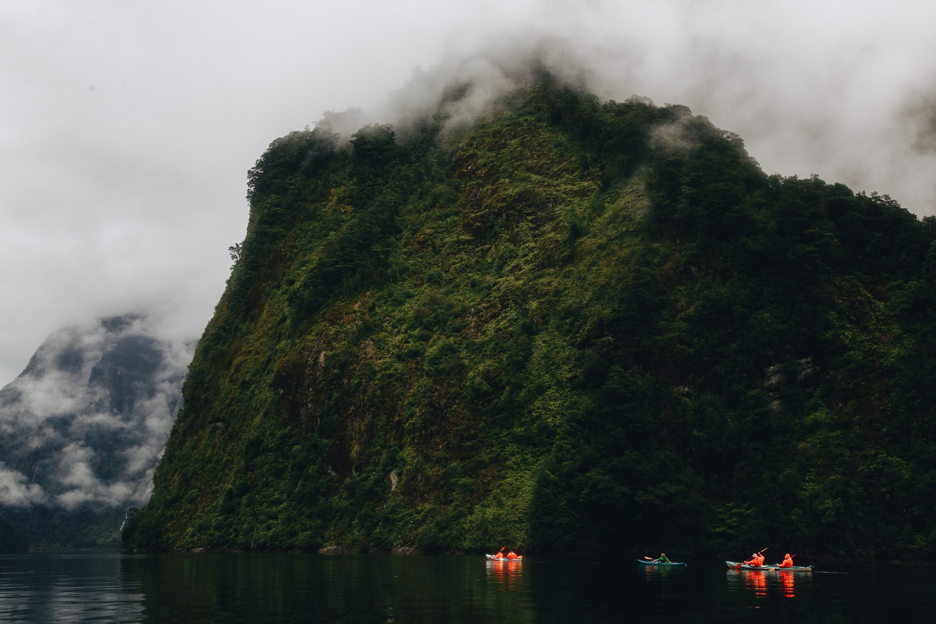 Right now, Fabi is committed to educating herself on being an anti-racist and following Black writers in the U.S. and Brazil. Photo by Rachel Veale.

So many social inequalities have become blatant through this pandemic, including the access that people have to the outdoors. What changed in your experience in the outdoors during the pandemic?

A big shift for me was the fact that I ended up coming back to Brazil, which I wasn’t anticipating at all. I honestly didn’t feel safe staying in the U.S. because of my visa status and had to decide from one day to the next ‘Okay, I need to leave.’

It hurt a lot to decide to come back, and it’s hard to share a life in two countries. My identity as an outdoor educator was tied to the U.S., where I had been doing a lot of learning and work around equity in outdoor education. I had peers who were pushing me and holding me accountable. In Brazil, I feel like the only one in my community pushing to have those conversations.

I’m still surfing, I’m going for walks, going for runs, and I have mountains around me where I can go for a day hike. That isn’t the reality around here for most people. A lot of people are at home, and others have to work and can’t even stay at home. Once I came back to Brazil, I said, ‘I’m so protected here, I can self-isolate, I have food.’ That privilege just came running back to my face.

How are you thinking differently about using your outdoor skills right now?

I want to work with the other causes that are dear to me and are becoming more important given the world we’re living in right now. I feel that the things I’ve been doing so far aren’t enough; I need to do more.

The Amazon rainforest and the indigenous people who protect it are really threatened in Brazil right now. I especially want to focus my energy on looking at anti-racism from an indigenous perspective. I am asking, ‘How do we protect the Amazon and protect the people who are able to protect the Amazon?’ I don’t believe in ‘sustainability’ in the way that it’s framed right now. It’s not just about a sustainable way of living, it’s about a reciprocal way of living. It’s about us being part of nature and not nature being there to serve us. 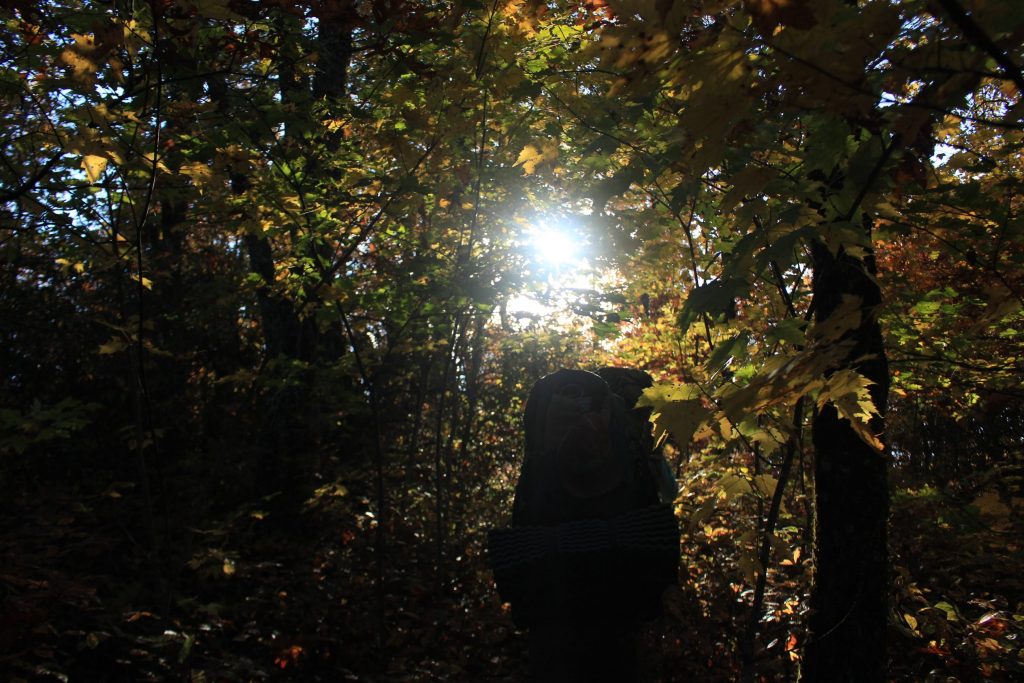 The Amazon rainforest and the indigenous people who protect it are really threatened in Brazil right now.

I share this on an adventure when it’s raining, cold and windy:

“The trick is what one emphasizes. We either make ourselves miserable or we make ourselves strong. The amount of work is the same.” -Carlos Castañeda

This applies to a situation where the conditions aren’t going to change because there’s nothing we can do about it. What we can control is what we emphasize.

Nora Spicer has instructed backpacking and canoeing courses at the Hurricane Island Outward Bound School for five years. She has an MA in Environmental History from Harvard University and aims to bridge wilderness living and academic study through outdoor education. She is currently developing a curriculum for an expedition-based semester program traversing US-Mexico borders by human-powered travel, and is traveling for research on Borderlands education. 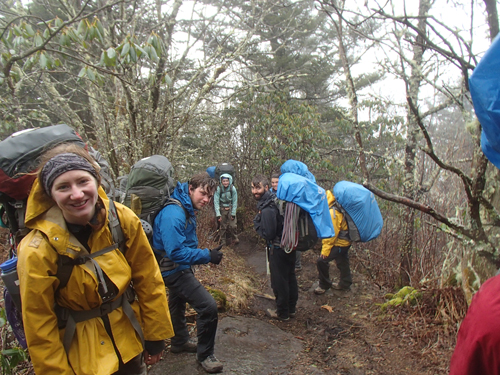 ﻿﻿ Skills from your Outward Bound course have a way of popping up in unexpected places in your life after an expedition. Since the beginning of the pandemic this year,…...

﻿﻿﻿ During a typical summer, I spend my days backpacking across the Sierra Nevada mountain range as an Outward Bound Instructor. These past few months, however, have been quite a…...

If one thing is true, it’s that the world needs more outdoor educators.  Let me tell you why.  Outdoor Educators Wear Many Hats When we assess physical health in the…...

One response to “Identity Loss & The Outdoors During a Pandemic”