Moral Courage: What It Is and Why It Matters

Outward Bound has its roots in early 20th century England and Germany, at a time way before any student had a smartphone, at a time when all students were boys. The origin stories of Outward Bound get told and re-told so as to become myths motivating a crew around a campfire on one of the first nights of an expedition. When Outward Bound history is told now, students rubbing sore shoulders from a day of wilderness travel often draw connections between the myth about how this form of education came about, and the historical moment we live in today. 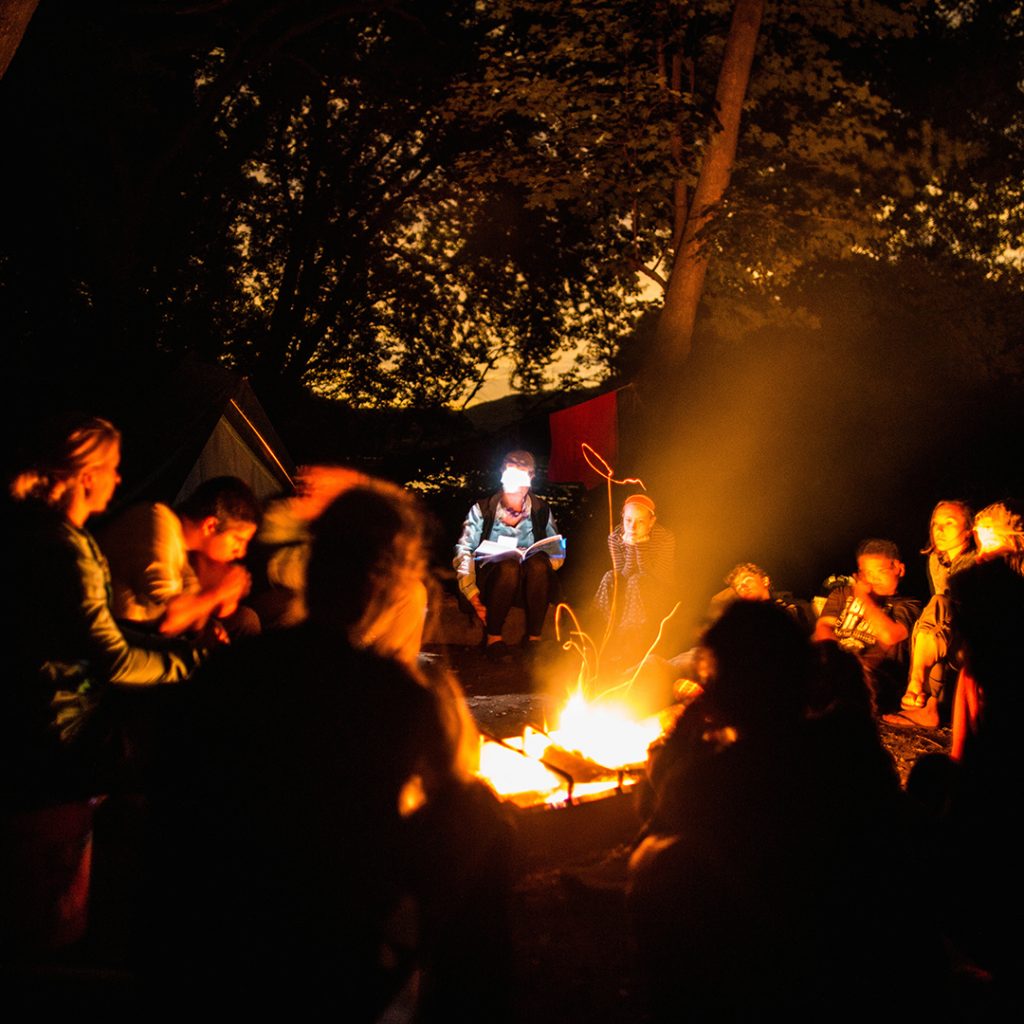 Students are shown gathered around a campfire discussing their day on an expedition. Photo by Ryan Harris.

Before Outward Bound, There was Salem

Kurt Hahn was a German educator of Jewish parents. He founded the first educational programs that later turned into Outward Bound. In 1920, Hahn founded his first school, the Salem [Peace] School in Germany. The guiding principles of the school included:

First Law: Give the children opportunities for self-discovery.

Second Law: Make the children meet with triumph and defeat.

Third Law: Give the children the opportunity of self-effacement in the common cause.

Seventh Law: Free the sons of the wealthy and powerful from the enervating sense of privilege.

These are historical educational principles, some of which carry over directly to Outward Bound courses today.

On a wilderness expedition, a crew often confronts Law #2: ‘make the children meet with triumph and defeat’ in everyday moments. They experience triumph in making a long sailing crossing or completing a summit attempt, alongside the defeat of getting lost and pitching camp for the night in the middle of the woods. Each of these is vital to learning, as it provides students with space to experience ‘natural consequences and self-discovery.’ A structure of learning utilized on all Outward Bound expeditions.

After a period of training and thorough instruction students come face to face with Law #3: ‘give the children the opportunity of self-effacement in the common cause.’ Students learn to hone skills not through book learning or verbal reminders, but more often through natural consequences. Wet boots left out in a rainstorm, critters eating through snack bags not hung properly—consequences of the natural world. These learnings all come from real experiences that a crew has together as they join a common cause.

Law #4, periods of silence, become a vital component to balance challenges with rest. Some crews take time for solitude and reflection at dawn or after getting into camp after a long day of wilderness travel. In addition, every course includes a component of Solo—a dedicated period of silent reflection. 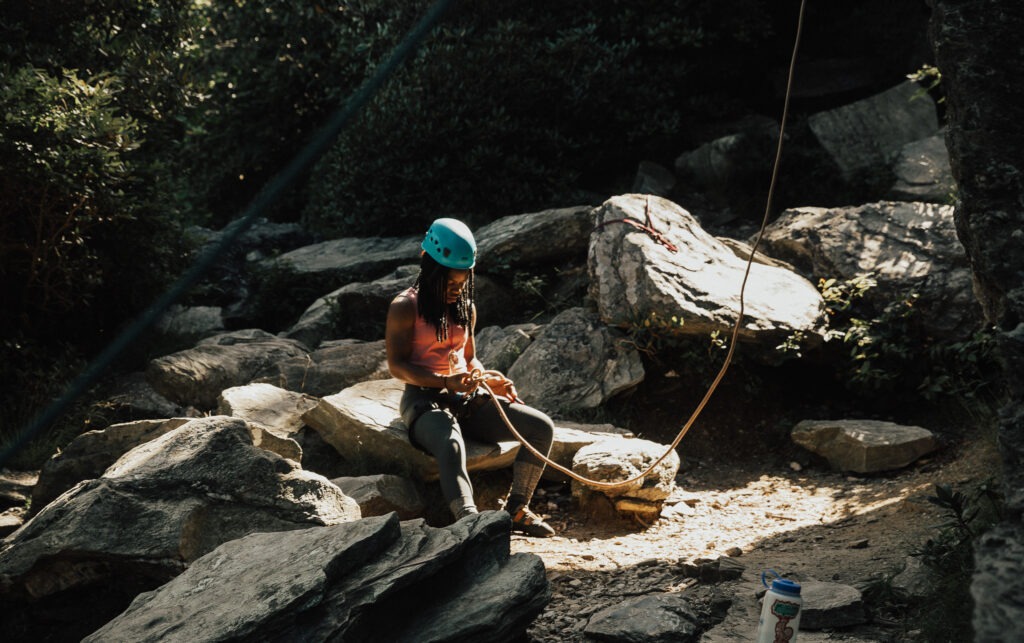 Outward Bound crews are like a mini-society. Many challenges and fault-lines carry into the wilderness context of a course, and at the same time, it becomes incrementally more feasible to try to create the world we want to live in, if only within the context of one crew. In these settings, Outward Bound Schools confront the ways in which wealth and privilege determine unequal access to outdoor recreation. Through evening meetings, journaling, the sharing of jobs throughout an expedition, interpersonal initiatives and integrated curriculum, students have the opportunity to share about the ways in which different backgrounds and experiences of political inequalities in society, at large, impact experiences on course—a lesson they carry with them back home. 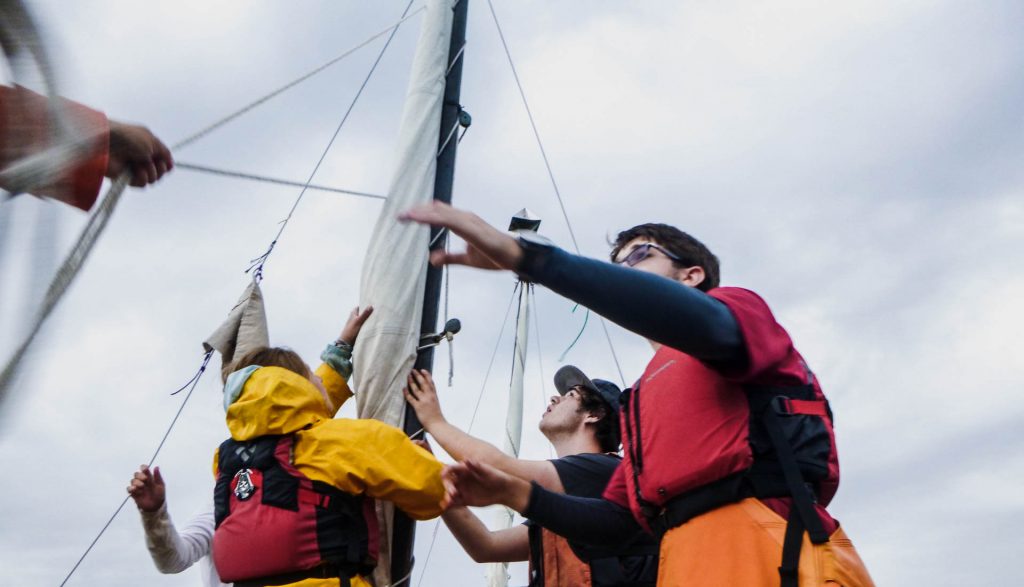 Outward Bound crews are like a mini-society with many challenges and fault-lines carrying into the wilderness context of a course.

Kurt Hahn was an educator who believed that one of the primary purposes of education was to teach people how to do what they believe to be right even when it’s hard. The word for this skill is ‘moral courage.’ In 1932, there was news of a white supremacist officer in Germany who killed a young protester. At this turning point, Kurt Hahn asked everyone in the Salem School to choose between two allegiances: the Nazi party (the officer was a Nazi storm trooper) or faithfulness to the Salem School. He was asking them to have moral courage.

Subsequently, in 1933 Hahn was arrested. With the help of friends, he was able to emigrate to England, where he founded the Gordonstoun school for boys. There he also began offering courses for training British cadets during World War II. The maritime term ‘Outward Bound’ was chosen as the program’s name. Hahn proposed that it was not just technical skills that were needed, but skills necessary to “arm the cadet against the enemies within—fear, defeatism, apathy, selfishness.” After the end of World War II, the Outward Bound Trust was founded in 1949, and Outward Bound schools were started all over the world. 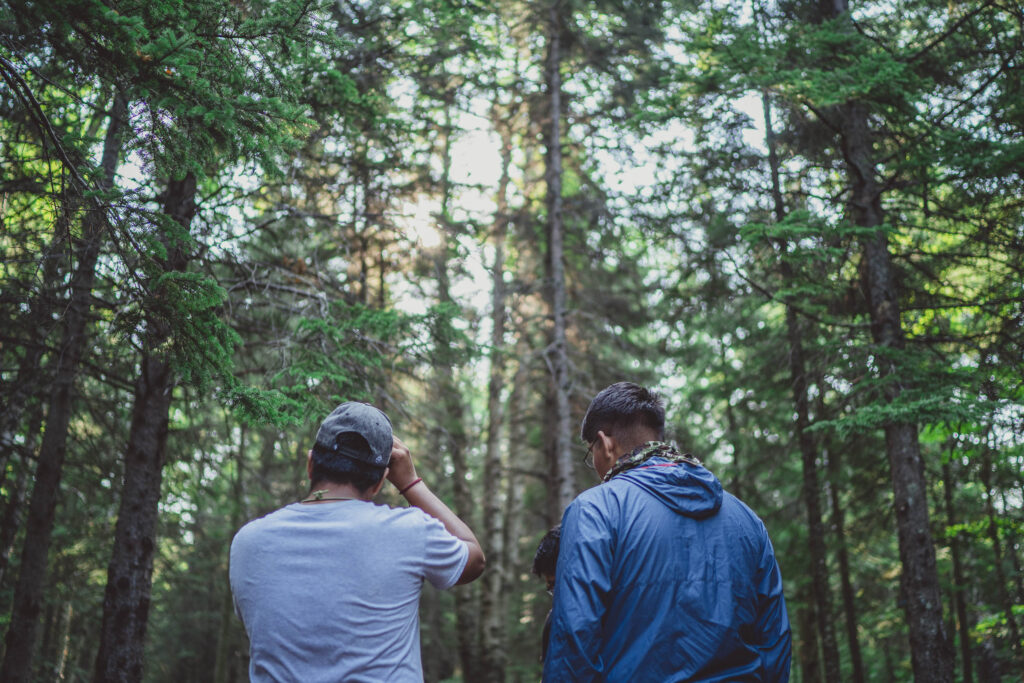 Today, students from different paths reflect on this origin myth, and often draw connections with their current time in the wilderness and their lives back home. On an expedition, choosing moral courage is a daily opportunity. This appears in the form of confronting someone in the crew when conflict arises, sharing vulnerably in a group setting or advocating for an uncomfortable or unpopular opinion.

There are so many contexts of group decision making within the microcosm of an Outward Bound crew, that students often are confronted to make their own moral decision. A crew may have all of the technical skills to sail a vessel through extensive open water or the strength to climb a rock wall, but the real challenge comes down to the ability of the crew to wake up before dawn, make breakfast together, fulfill the day’s collective duties and put aside personal desires to achieve something new collectively.

Hahn believed moral courage was not an innate attribute that someone is born with, but rather a skill that needs to be learned and practiced often. What is a conflict for you that requires new levels of moral courage to face?

Source: Thomas James, Kurt Hahn and the Aims of Education (2000).

Nora Spicer has instructed backpacking and canoeing courses at the Hurricane Island Outward Bound School for five years. She has an MA in Environmental History from Harvard University and aims to bridge wilderness living and academic study through outdoor education. She is currently developing curriculum for an expedition-based semester program traversing US-Mexico borders by human-powered travel, and is traveling for research on Borderlands education.

Which Wilderness Medicine Course Is Right for Me?

From two-day courses to month-long programs, wilderness medicine training programs are designed with different levels of adventurers in mind. Discover which one is best for you. ﻿ Imagine: It’s day…...

﻿ Everyone’s motivations are unique. While one student may have a strong internal motivation to learn a foreign language based on interest or passion, the person next to them may…...

As seasons start to change, there are so many outdoor activities to go out and try. Keep these five world-renowned leaf-peeping locations on your radar. ﻿ As September begins and…...