I may have a new favorite book.

I didn’t think much of Desert Solitaire by Edward Abbey when I picked it up. I’ve never been to the desert and I had never heard of Edward Abbey. Altogether, I’m glad for my ignorance. What I found was an antidote to the surreal experience of quarantine: the loss of one’s job and seemingly time itself, the monotony of one’s own company and the angst of witnessing the worst of human fear and apathy around us.

Desert Solitaire is a book about shortcuts; the shortcuts in our lives that allow us to circumnavigate hardship and instead veer as quickly as possible towards comfort and ease; the shortcuts we carve through the land and resources of this world; and the shortcuts that we as the United States of America take towards a more profitable, progressive and populated future. Abbey offers us a glimpse at truth in the sand and sun of the Southwest. He hides none of his faults, he writes brutally and poetically, and most importantly, he makes you think.

And as many of us can attest, good thinking can be hard to come by. 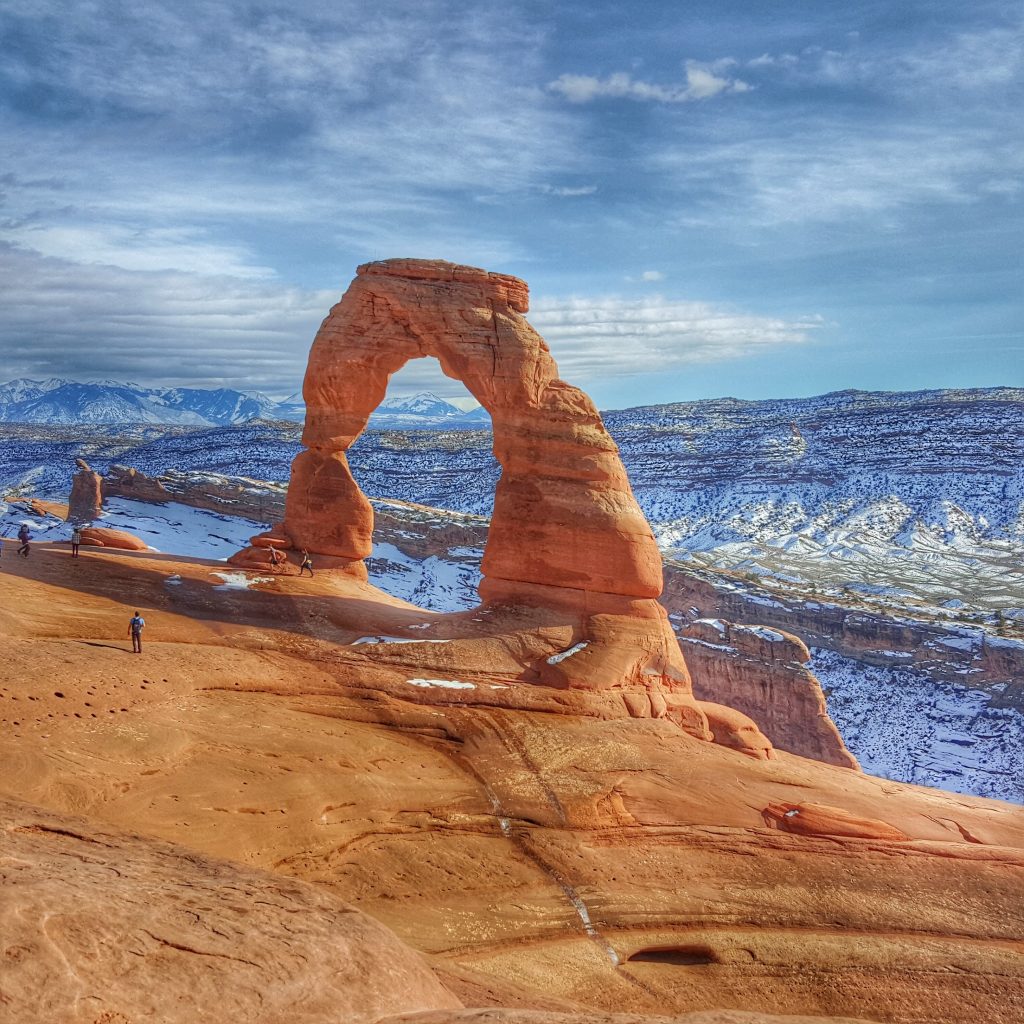 Edward Abbey, author of Desert Soliatire, worked the summers of 1957 and 1958 as a park ranger in Arches National Park. Photo by Chris Janda.

“I am twenty miles or more from the nearest fellow human, but instead of loneliness I feel loveliness. Loveliness and a quiet exultation.” -Edward Abbey

Abbey worked the summers of 1957 and 1958 as a park ranger in Arches National Park. He lived alone and 20 miles away from the nearest person—and we think six feet is hard! While Desert Solitaire is a narrative of his time spent in the desert, it rises above the tropes of outdoor literature. I’ve always struggled to read long elaborate descriptions of nature when I can simply walk outside my door and stand in it. But Abbey writes of the human condition and how the human is inseparable from the land, how wilderness is not separate from, but integral to civilization. His retreat into this world of dry rock is his attempt to better understand the world, and subsequently, himself.

He wants to take it slow. He wants to experience the land “on hands and knees.” He wants not to shy away, but to feel the paradoxical pain and joy that true connection with the wild can bring. As I read, I couldn’t help but reflect on my own Outward Bound career. So many of my days in the wilderness were spent in ecstatic jubilation, and so many others spent praying for God to deliver me from this mess. There was seldom a day of middle ground apathy, and while this may seem like a rather poor (i.e. unsustainable) way to live, to fluctuate so frequently from the highest of highs to the lowest of lows, I think I prefer it to the comfortable and predictable, yet stagnant life. Especially now, with everyday blurring into the next, I’ll take the unstable memorability of the wild over the unstable banality of the forgettable present. 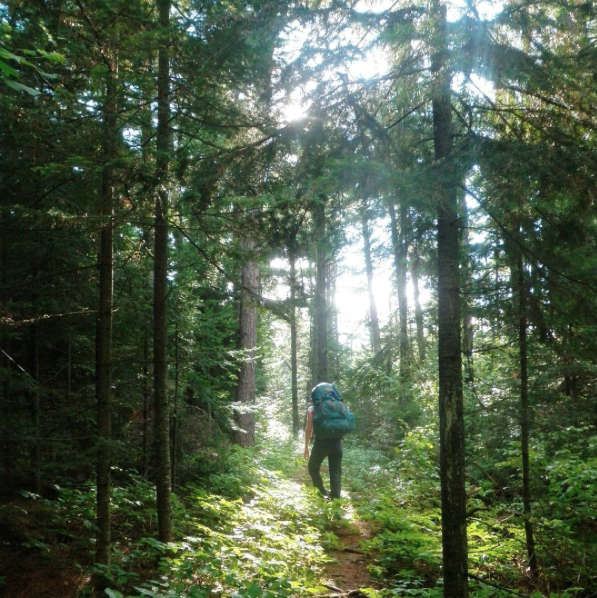 In Desert Solitaire, Abbey writes of the human condition and how the human is inseparable from the land, how wilderness is not separate from, but integral to civilization. Photo by Samuel Del Favero.

Between reading and rewatching Parks and Recreation for the third time, I like to keep in touch with friends and family. Each person’s tale during this pandemic has been remarkable. It seems that a common strain amongst all of us is the attempt to keep our minds occupied—to keep moving. One particular and dear friend of mine has started hiking. Not normally an outdoors person, she too has stared down that familiar canyon precipice into the face of loneliness and depression. She told me of her own quarantine paradox: feeling so desperately cut off from other people, places and gatherings, yet actually wishing to be alone, away from everything in a “wholesome aloneness,” keeping no one’s company other than herself and the natural world. I felt my soul vibrating sympathetically. How often do we reach for a distraction (so readily available) instead of sitting with ourselves, or the company of the birds overhead, or the dirt between our toes?

Alone doesn’t have to mean lonely. It can be painful to feel the familiar pangs of FOMO (“Fear of Missing Out”), hard to then discipline one’s self from making this situation worse, and altogether crushing to watch others undo and disregard what we’re collectively trying to make better as a society. But Abbey offers empowerment and wholly encourages aloneness as a virtue.

“[Civilization] is the conscious forefront of evolution, the brotherhood of great souls and the comradeship of intellect…The Invisible Republic open to all who wish to participate, a democratic aristocracy based not on power or institutions but on isolated men.” -Edward Abbey

I’d like to fill in the gaps of Abbey’s 1950s language: The Invisible Republic is open to all…based not on power or institutions but on isolated people. If it’s hard, true to yourself, and you feel alone in it, it doesn’t mean you’re wrong. You’re probably in good company.

Abbey was a desperate man himself. An environmentalist, philosopher and anarchist, in the book he frequently rails against the constant development of land and the “industrial tourism” machine that gobbles up the natural expanse of this nation. And yet, he worked within that very machine. Writing in the 1950s, his self-aware hypocrisy is as refreshing as a desert spring. What’s less refreshing, is the realization that many of his predictions have come true.

I respect Abbey’s choice to write what he believes, without regard to what others may think. In a world where public relations and pleasing the most people reign supreme, it’s quite nice to read bold comments, even when I disagree.

“No more cars in national parks, let the people walk.”

“They will complain of physical hardship, these sons of the pioneers. Not for long; once they rediscover the pleasures of actually operating their own limbs and senses in a varied, spontaneous, voluntary style, they will complain instead of crawling back into a car; they may even object to returning to desk and office and that dry-wall box.”

“A venturesome minority will always be eager to set off on their own…let them get lost, sunburnt, stranded, drowned, eaten by bears…that is the right and privilege of any free American.”

He advocates an enjoyment of nature that’s experienced, rather than consumed. Rocks are best enjoyed in situ rather than taken home; parks require days, if not weeks to be truly visited; your travel, shelter, and first-hand experience should be on the land (with feet, tent, and senses) rather than disconnected from it (with motors, hotels, through a windshield).

I found myself laughing out loud as I read this book. The exposé of the human condition seems hilariously hypocritical. As I search for pictures of the Arches, the first Google image is a hotel in local Moab offering me specialty rates. Talking to fellow outdoor educators, they echo Abbey’s sentiment of taking one’s time, slowly enjoying the journey of nature rather than viewing it as a destination; these fine folk also have “summit scorecards,” attempting to bag as many mountaintops and national parks as humanely possible, as quickly as possible. Between reading about the dying breed of cattle ranchers and the impossible situation faced by small farmers at the hand of industrialization, I take bites from my fast-food chain hamburger and fries.

Even Abbey recognizes the hypocrisy in himself in Desert Solitaire. After a whole chapter eviscerating the lazy mass of humans that perpetuate the over-development of National Parks for the sake of ease, he goes out and rips up all of the stakes and ribbons laid by the road engineers and surveyors. Then he “went home to the trailer, taking a shortcut over the bluffs.”

Oh, Edward, you beautiful hypocrite you. 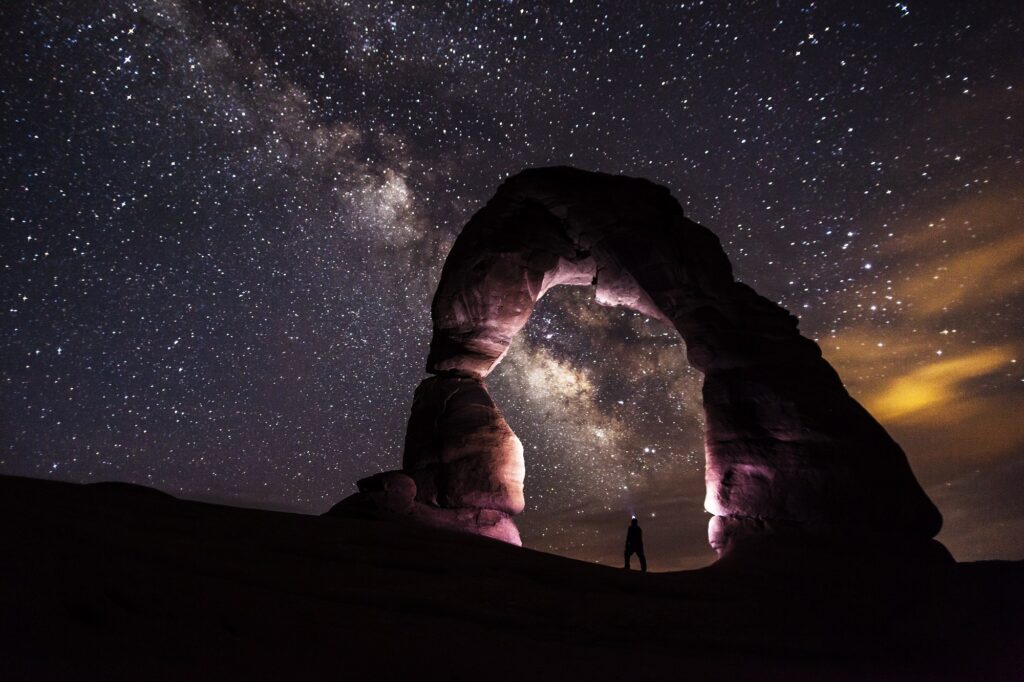 Abbey advocates an enjoyment of nature that’s experienced, rather than consumed.

Desert Solitaire also comforted me in the realization that the more things change, the more they stay the same. Things are constantly in a state of flux, people are always arguing that these are the end of times and the negative experiences in each of our lives that seem so personal were probably experienced by our ancestors. We’re all in this together. Human, animal, plant, and land—all are dependent on the other.

We face death constantly during the age of COVID-19. It could be physical death or the death of our job or way of life. It could be the death of our previous self, our bank account or the status-quo of our country. Edward Abbey tried not to personify or compartmentalize or judge his experience in the desert as good or bad. Instead, he chronicled his adventures climbing Mt. Tukuhnikivatz, getting lost in desert mazes, struggling to find water, paddling a river that’ll soon be dammed, befriending a gopher snake, retrieving the corpse of an ill-prepared visitor, and living alone—all with a sense of wholeness and being. 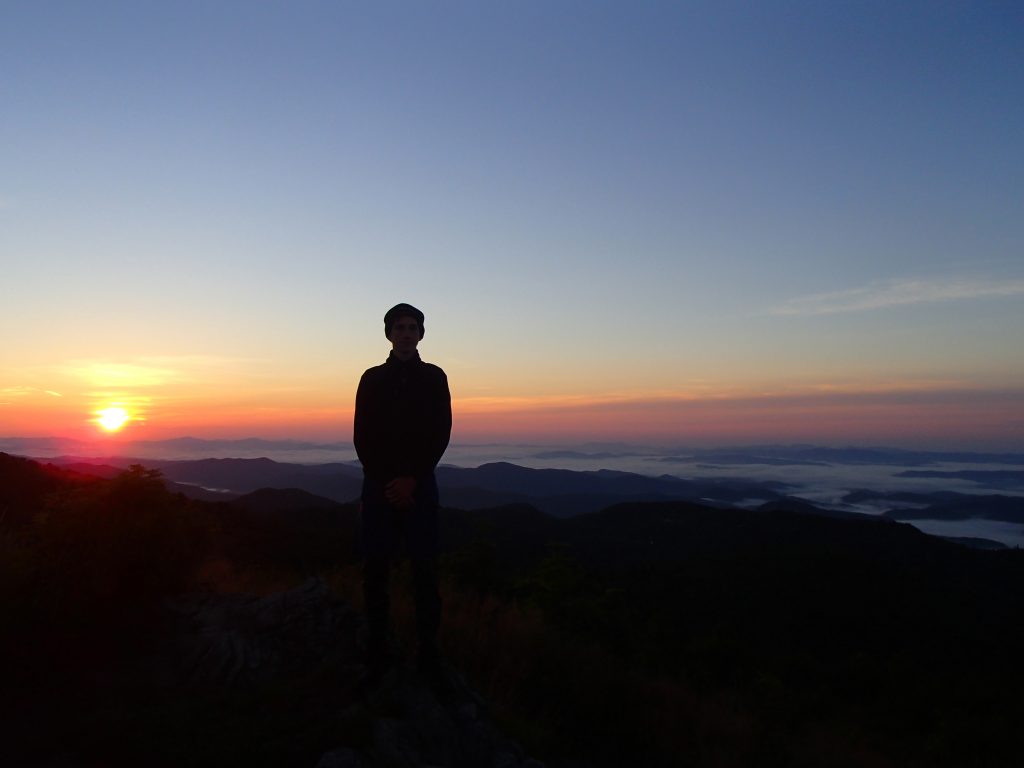 Have you, or will you read Desert Solitaire? Give us your review in the comments.