The Power of an Outward Bound Intercept Expedition for Youth

“As a family we knew we needed help,” recounts Kjerstin Klein, mother of Outward Bound Intercept graduate Dylan Klein. “Communication was starting to break down, and we were watching Dylan’s decision-making process and going “whoa.’”

Klein knew that her dynamic, super-active, risk-taking 14-year-old son was struggling. And as a dedicated and proactive parent, she kept asking herself “what am I going to do to give my kid what they need to succeed?” Though they considered many at-risk youth programs and camps for troubled teens, the Kleins ultimately chose to send Dylan on an Outward Bound Intercept expedition  – and they were thankful that they did. At the end of a three-week course with Voyageur Outward Bound School, Klein remembers Dylan “bounding” off of the bus to greet her at the post-course parent conference.

“He was empowered. Emboldened. Centered. He felt like he had something to teach others; he had not simply been ‘taught.’”

Klein describes her son Dylan as an out-of-the box thinker who is physical in everything he does. Even as a baby, Dylan seemed frustrated that he couldn’t be sprinting already. He would cry until his mother took him outside into the fresh air – and then he would settle.

“He just doesn’t process information the same way we do,” Klein explains. “His edge is much further out than most people – and he likes to push the boundaries.”

Klein knew that to see changes, Dylan would have to dive into something completely; to experience something that would help him understand his boundaries; to get out there and explore that “edge.”

Immediately, Klein saw an increase in Dylan’s confidence. During his course, Dylan learned to acknowledge that he was different – and we’re all different – and that’s okay. The expedition gave Dylan the language to express himself – and the ability to step back and think of the team.

“Mom, I really might be smart!” Klein remembers hearing upon Dylan’s return.

Klein credits the group wilderness setting, where every crew member must rely on everyone else, for Dylan’s newfound respect for the “team.” Klein’s observation is backed by decades of research. According to Walsh & Golins (1976) and Kimball & Bacon (1993), “The wilderness environment is thought to encourage self-awareness and self-responsibility by providing ‘rules’ in the form of natural consequences which participants are unlikely to discount as being unfair or inappropriate. In addition, the straightforward nature of the tasks associated with the wilderness environment is believed to encourage mastery” (qtd in McKenzie, 2000).

Dylan’s two Instructors also made a lasting impression – especially the female Instructor, who Klein describes as “powerful – someone who showed what women can really do – and pulled more than her own weight.” Together, the two Instructors served as compassionate, trustworthy guides and mentors, and showed Dylan and the rest of the all-male crew that gender is irrelevant when it comes to the raw, natural environment.

As the crew learned how to pull together and work as a team, Dylan was forced to consider others’ viewpoints, which helped build empathy and understanding. But his understanding was not limited to others. Dylan also began to understand himself in new ways. He discovered that one of his biggest gifts was his influence on others. Often he was the one setting the emotional tone for the team; cultivating positivity; and encouraging the team through the ups and downs. Dylan’s newfound self-awareness has made a tremendous impact on the entire Klein family.

“Dylan understands now that his attitude – and his actions – help set the tone for our family. And he’s deliberate about both” explains Klein.

“This program is not a ‘fix’,” she warns. “You don’t go into an Outward Bound Intercept course and suddenly things become easy. But it’s an important step. The parent conference at the end helps the entire family to start working as a team again – and talking as a team. In this supportive environment, alongside parents and students like us, we learned so much about how Dylan was perceiving things – and how we could move forward.”

After course, Dylan attended Carrabasset Valley Academy in Maine – a highly competitive ski academy where he participated in high-adrenaline, high-speed events like Giant Slalom and Super Giant Slalom – and regularly clocked speeds of over 113 miles per hour. Though hurtling down a steep, snowy slope on waxed boards at speeds over 100 miles per hour may sound terrifying to some, for Dylan, it’s ideal. At 113, he says, the world slows down and starts to actually make sense. 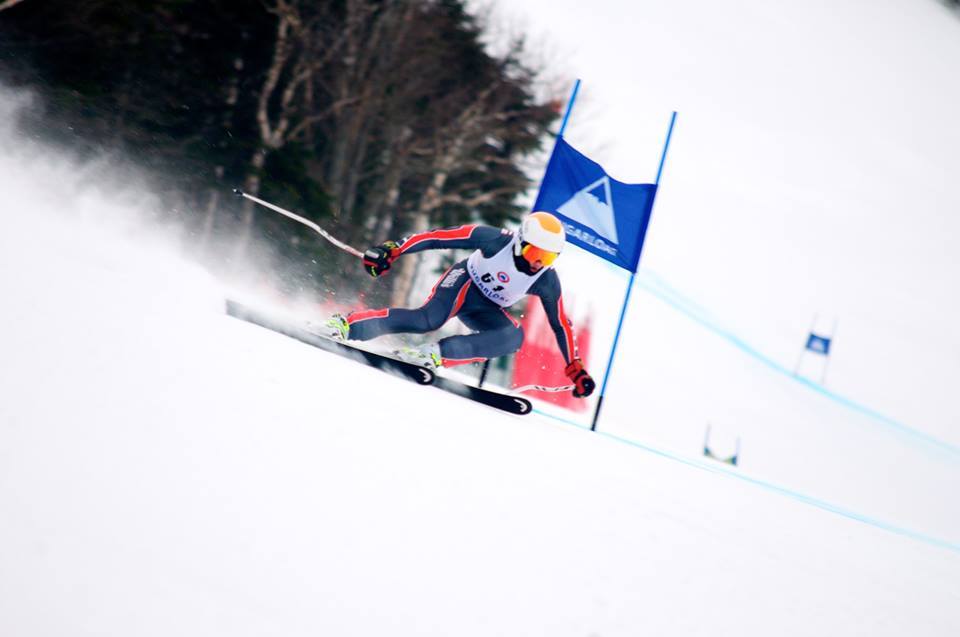 Carrabasset Valley Academy is one of the best ski academies in the country – and one of the hardest to get into. During the application process, Dylan spoke about the importance of his Outward Bound experience – a factor that Klein believes was critical in their choice to admit him.

“In ski racing, you have to be able to regroup and follow through when you have a crash or lose a race – or when you have an injury like Dylan did last year. As racers, these teens get poked in their soft spots (both literally and figuratively) every day. They must know how to respond appropriately – and then move on. CVA knew he had a framework for overcoming challenges. They saw that he could follow through. Outward Bound gave him that training.”

Indeed, the skills and habits that Dylan acquired on his Outward Bound Intercept expedition came in handy during his time at Carrabassett Valley Academy – and will continue to serve him for the rest of his life.

An exceptional athlete, a strong, self-aware individual, and a much-loved son and brother, Dylan Klein is also an excellent example of the transformational power of an Outward Bound Intercept expedition. For more information about Intercept expeditions like Dylan’s, or to learn more about our wide variety of expeditionary learning programs, go to www.outwardbound.org or call 866.467.7651 to speak with an Admissions Advisor today.

“If a man does not keep pace with his companions, perhaps it is because he hears a different drummer. Let him step to the music he hears, however measured or far away.” – Henry David Thoreau

Sign-up for our newsletter to keep up on our Intercept expeditions, resources for families and special offers.

Who Goes on an Intercept Course Anyways?

It’s a weird feeling, preparing to head out on an adventure with a group of complete strangers. You’ll soon know what these people look like first thing in the morning,…...