If you’ve done an Outward Bound course, you know how hard it is to explain to the people in the ‘real world’ what course was like.  There is a magic that happens that students, and even instructors, have a hard time describing.  Well, last week we heard from dad John about what he’s learned from his son Schuyler though his experience on Outward Bound.  This week, Schuyler Rieger is stepping in as a guest blogger to try to convey just what that magic is; or what that magic has been for him over the past three summers.

There’s a certain feeling that everyone gets when they come to the end of an Outward Bound course. It’s impossible to describe it to someone who hasn’t been on a course, and anyone who has been on course knows exactly what I’m talking about. It’s no specific emotion, more a combination of different ones, but a definite undertone of sadness is the most apparent feeling. I tell people this after describing to them all the hardships that I’ve endured, and they look at me like I’m insane.

People don’t understand that even though “wilderspice” was the most common seasoning in every meal, toilet paper was a luxury, and most days I woke up before I would have gone to sleep at home, I loved every minute of it; and I think that’s the way most people feel.

I’ve been on three Outward Bound courses: a one week trip in the Rockies, a two week trip in the Sierra Nevada Minarets as part of the Bay Area YLC, and a 23 day trip in Utah with a week each of canyoneering, mountaineering, and rafting, the latter as a Pinnacle Scholar.  Until my most recent trip though, I didn’t really understand fully why it’s such a rewarding experience. But after reflecting on why I seem to enjoy Outward Bound even more than most people do, I realized that it’s because, while you’re on course, you aren’t just yourself; you’re more than that. You’re part of a bigger picture, in more than one way.

Obviously, as an Outward Bound participant, you’re part of a group, a team that relies on every member for survival. But in a more profound way, you are part of the environment you’re in. You realize the connection you have with the natural world. I say “realize” because I believe that connection will always be there, even if you’ve spent you’re entire life in outer space.  I’m not sure exactly what makes it become more apparent, whether it’s being in the wilderness or something else, but I do remember a specific incident where that connection seemed very pronounced to me.

Halfway through the river section of my course in Utah, we were on a part of the Colorado River known as The Loop. It’s a four mile stretch of water that loops around a peninsula of land. The group hiked up to the top of this peninsula, while one of our instructors took the boats around to the other side of The Loop to meet us.  At the top of our hike, we took some solo time. I climbed up to a little rock outcropping, and sat there as a thunder storm blew in. It was one of the most memorable experiences of my life. From where I was sitting I could see upstream and downstream, but not the 4 miles of water that connected them. As our Course Director Steve Sommers put it, we could see where we had come from, where we were going, but not how we were going to get there. Just like life. With this idea in mind and the thunder crashing around us, I truly felt as if I was part of something bigger, and as if that was where I belonged.

That feeling was not an isolated incident. That feeling is what you’re experiencing during your time in the wilderness, and I believe that is why it’s so hard to end an Outward Bound course. You feel more whole when you are experiencing that connection with the Earth, and when you come to the point where you realize your time in “the nature” is dwindling, that’s when the end of course feeling comes over you. So there’s of course the feeling of sadness, but also a feeling of satisfaction, because after an Outward Bound course you understand better than you did before what makes you happy, and from that you become a more well rounded person. 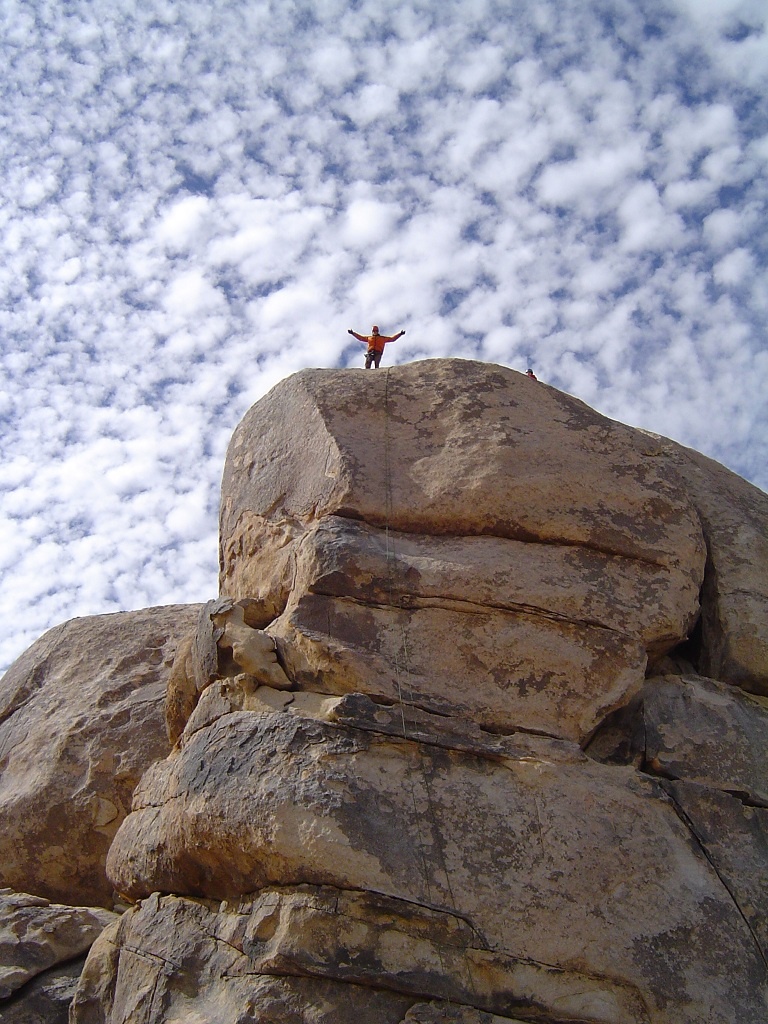 ﻿ Spoiler Alert: This Desert Southwest love story ends in heartache—we don’t end up together, the timing is wrong and tears are shed. But contrary to what I thought at…...

Read More
3 Latino Organizations Making A Difference in the Outdoors

Discover how three Latino organizations are bringing younger generations of Hispanics to the forefront and forging leaders in outdoor conservation and education. From the Inca Empire in South America to…...