What You Didn’t Know About Dog Sledding

In the way that humans are different at home and at work, with different skills and personalities, dogs are the same. Especially the ones pulling sleds at the Outward Bound School in Minnesota. 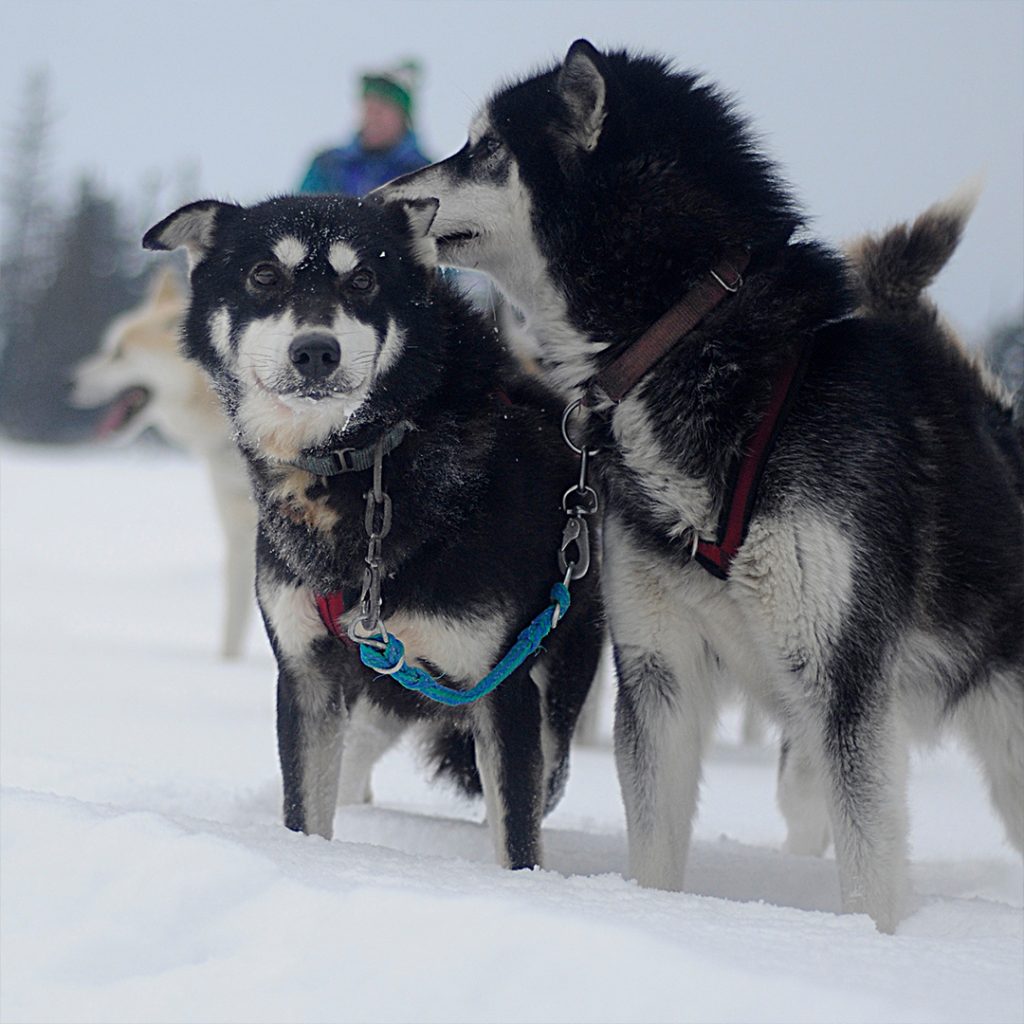 Dogs Are at the Heart of Homeplace

The Outward Bound basecamp in Ely, Minnesota—affectionately named Homeplace—started running canoeing courses in the 1960s, then pulk skiing courses during the winter. They eventually ran trials of dog sledding expeditions in the early 80s until the School confirmed dog sledding would make a safe and challenging addition to the program. Today the program is home to around 70 dogs—a range of huskies, inuits and malamutes.

These dogs are the heart of the winter program in Minnesota; life at basecamp very much orbits around them and their care. 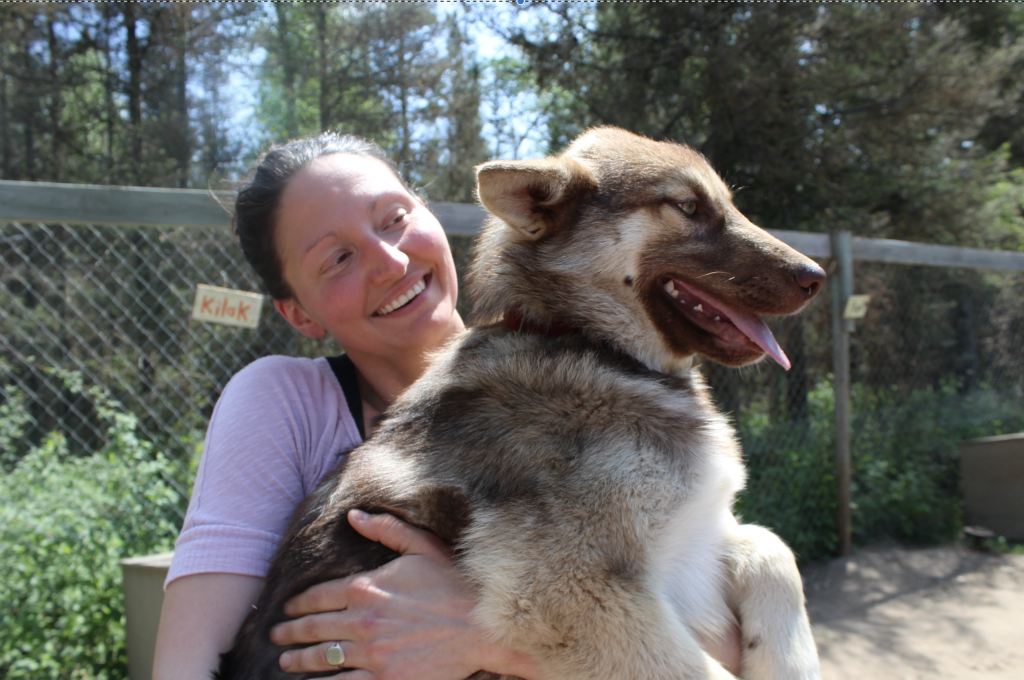 Outward Bound Winter Program Director, Bud Ahrens, along with a staff member dedicated to overseeing the dog yard, is in charge of the dogs during the summer, doing at least two checks a day for food, water and poop clean-up. When September hits, a member of the winter staff steps in for dog support, and so begins a systematized training schedule.

Once temperatures drop and remain below 50°F, the dogs start a training routine pulling nonfunctional ATVs in teams of 10 for five miles, eventually working up to 10 miles. 50° is considered a safe temperature for the dogs to train; if it was any warmer, they could overheat.

In October, two dog trainers step in, and they run all day with the dogs as well as maintain a highly attentive self-care routine. They attend to needs like food, water, general health and living spaces.

During phase two of training, usually in November, the dog teams are still pulling ATVs, but in groups of six—the number of dogs that will pull a sled on a dog sledding course. When new winter staff arrive at Homeplace in December, everyone helps with dog care in the morning, midday and evening.

“In the beginning, we’re trying to stretch their legs out, get some endurance, and the lungs and ligaments and everything back. During the second half of the training, we’re working the muscles and some harder pulling, getting them ready for a packed sled,” Bud says. 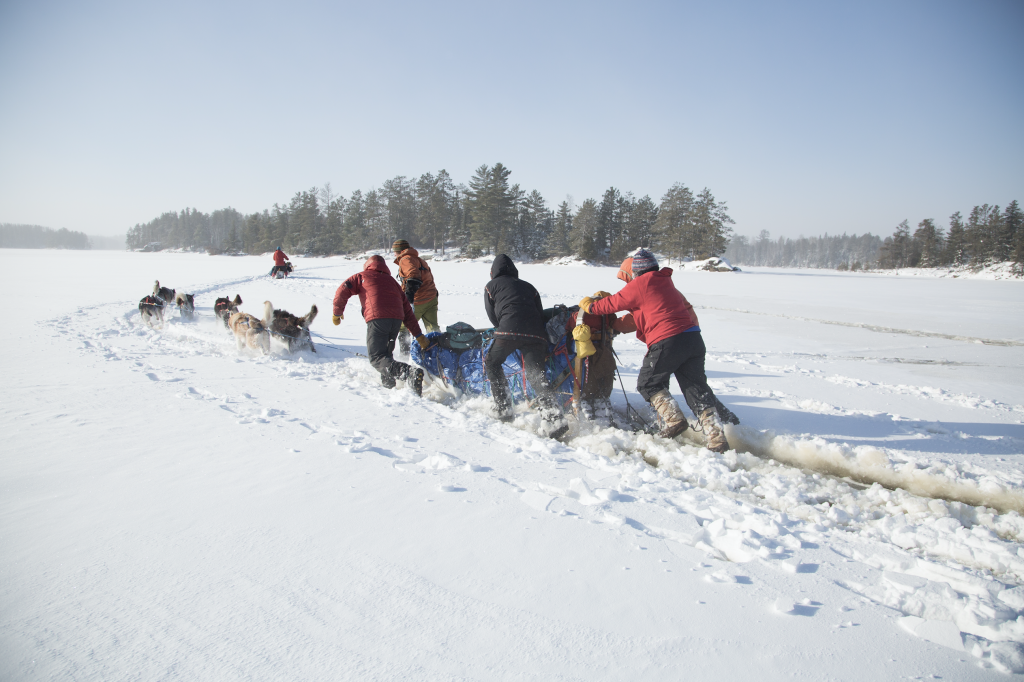 The Roles of Sled Dogs

Just like working humans, each dog has a different role when they’re at work. Leading the sled team is the Lead Dog. Their job is to follow the ski tracks created by the navigators and to hold out the gangline, which connects the dogs together, to keep them separated and spaced out.

The last four dogs, and the ones closest to the sled, are the Wheel Dogs. These dogs are the power dynamic of the team and help get the sled moving.

Dogs Have an Important Teaching Role

A sled, packed with student gear and food, is extremely heavy and the dogs train for months to be able to pull it with their team. One of the biggest misconceptions that students often have at the start of a course is that they will simply be a passenger on the sled. The Outward Bound team in Minnesota contest this idea. “The dogs do not work for us. They are part of the team; they are part of the crew,” Bud says.

In this way, the dogs have one of the largest teaching roles on a course.

“I’d say that they are more of a teacher than our Instructors can be a lot of times, in terms of how hard they work and the care that they require,” Bud says. “They work for us unconditionally and we have to sometimes get motivated to get up and take care of them, and to give them the treatment that they love and deserve when we’re tired and cold.”

Bud says that the dogs teach everyone on an expedition about responsibility, about work before play, and about being a good listener. 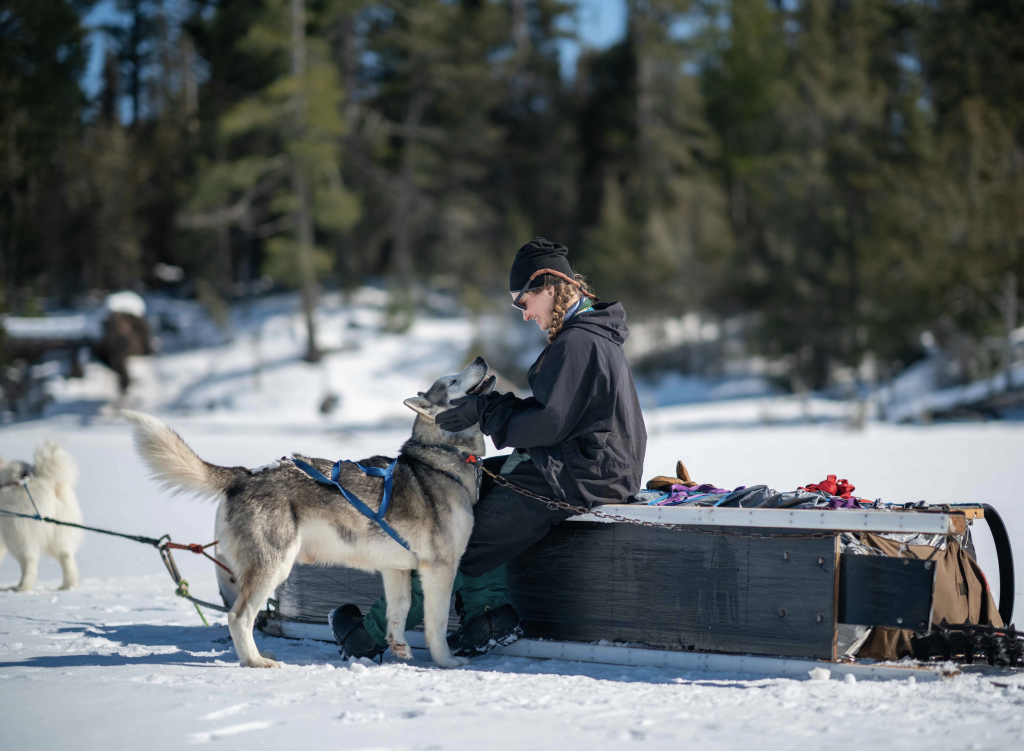 A Higher Standard of Care

When the winter season ends, the dogs have a break. In the summer, life moves slower for a sled dog. But they’re loved no less during these warmer months.

Without much training to do, the dogs receive lots of attention from summer staff who occasionally bring a dog home for a night, and from various student groups, who offer much love and petting. Occasionally, the older dogs might go on walks, but the younger dogs tend to pull on a leash if they’re on a walk; that’s what they’re trained to do during the winter, and that can increase health concerns.

“We don’t want to train the younger ones to walk on a leash because they pull, and if they train and pull they’ll overheat,” Bud said.

This period of rest is necessary for a few reasons: to ensure that the dogs receive proper training and perform their best in the winter, to monitor their health one-on-one and for their own safety.

Each Dog is Unique

“We spend hours just looking at the dogs and thinking of their personalities and backgrounds for them,” Bud says. “We’ve got cheerleaders, jocks, people pleasers, socializers and some who are independent and want to work by themselves.”

When it comes time to introduce a new dog into the dog yard family, the team has a special system for naming their new colleague. Every winter staff gets one entry on a theme for the dog’s name. Themes could be anything from space, to the seasons, or elements of nature, and the winter community gets to vote on the theme. Finally, the most senior staff member gets to choose a name. This year, Bud says, there are seven new puppies in need of names.

At the end of their work life, it’s ideal to match a dog with their forever home—all have the maturity to become house broken. But the transition to indoor life always varies. “Storm glass doors take getting used to. Same with air compressors in garages,” Bud says. But ultimately, they are just normal dogs who enjoy a life of leisure. 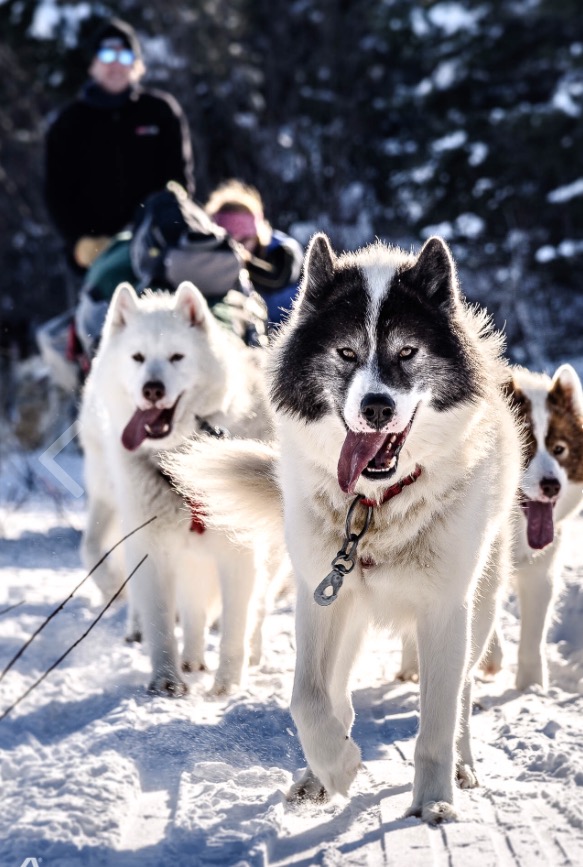 If you have further questions about our dogs or dog sledding courses, please reach out to Holly Noble ([email protected]) at the Voyageur Outward Bound School.

From location scouting and weather research to knowing a group’s needs and cooking meals, discover tips to make your backpacking trip a success. The first time I instructed a backpacking…...