Why Cultivating Curiosity Is so Important

“I regard it as the foremost task of education to ensure the survival of these qualities: an enterprising curiosity, an undefeatable spirit, tenacity in pursuit, readiness for sensible self denial, and above all, compassion.” –Kurt Hahn, founder of Outward Bound

Curiosity starts with asking genuine questions about ourselves, others or the world around us. Yet, alone this isn’t enough. Kurt Hahn, Outward Bound’s founder, stated enterprising in relation to curiosity to signal that it’s not just about asking questions, but what someone does in pursuit of the answers. For example, at the beginning of a course, my students ask, “where are we on this map?” or “how do I use this stove to cook a meal?” As an Instructor, I see it as my role to help move students beyond just asking questions and to begin to see themselves as sources of knowledge, capable of pursuing answers for themselves.

No matter its particular form, curiosity signals an attitude of openness to new experiences, people, cultures, and ideas—something we need to personally grow and thrive. 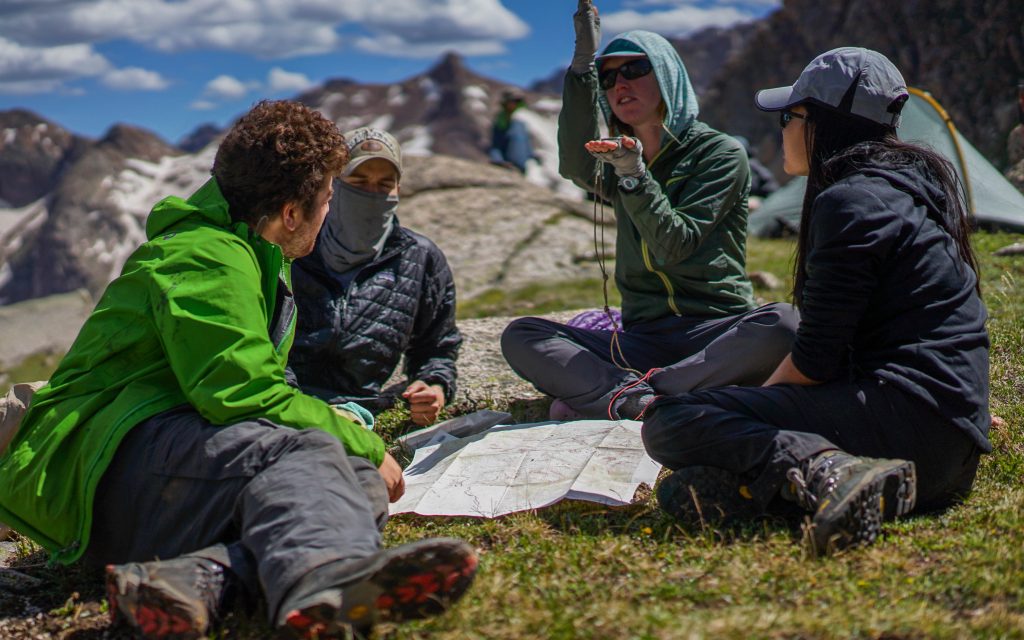 How can we actually grow curiosity within ourselves or others? I don’t respond to a student asking for help by saying, “Figure it out for yourself, you’ve got it!” Curiosity must be intentionally cultivated in a supportive environment with an understanding that everyone has a unique background and set of experiences that they bring to a particular challenge.

One activity I love doing to help cultivate curiosity is what I call ‘moon-watching.’ I had the privilege to learn this technique as a teaching tool from Lisa Schneier and Eleanor Duckworth, the latter a protégé of Jean Piaget, the renowned Swiss psychologist who was a pioneer in the fields of child development and education.

I usually start this activity with a simple prompt to my students: “Think about the last time you saw the moon and draw it with as much detail as possible.” The beauty of this activity is that it can be done anywhere—in the mountains under a starlit sky, in a classroom or even wherever you are right now. It’s best done with other people because what you will find is that everyone has an idea about the moon, and some of these turn out to be quite contradictory. When I recently facilitated this activity with fellow educators, an interesting—though not uncommon—thing happened. Three educators drew three distinctly different moons that were supposedly shining brightly on the same evening at roughly the same time. The first drew the moon with the crescent facing left [ ) ], the second drew it facing right [ ( ], and the third drew the moon as nearly full [0]. Each was absolutely certain that was exactly the way it was. This led to not only a great discussion, but more importantly to more questions which necessitated further observation (e.g. is it possible the moon in Massachusetts faces a different way than the moon in California?, does the moon rotate throughout the night?, and so on).

The point isn’t that the students become adept at the art of celestial navigation. It’s that they feel what it’s like to be curious again, to live with the uncertainty of a question, and to eventually find answers for themselves. 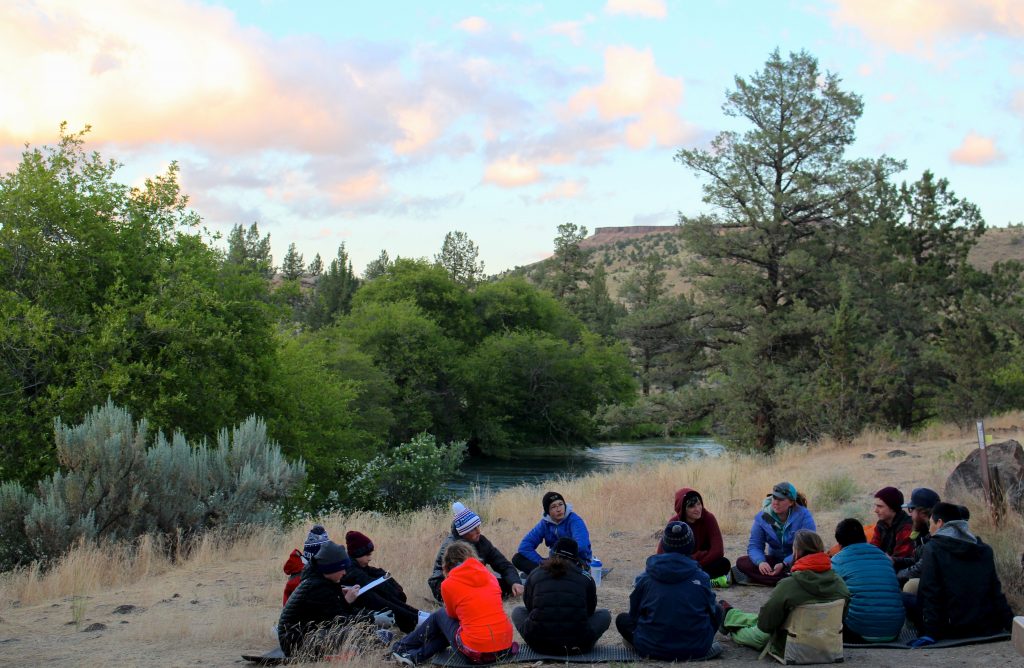 On an Outward Bound course, curiosity comes in many forms. It might be as trivial as asking a fellow student “if you could eat anything right now, what would it be?” or “which of those jagged peaks in the distance are we climbing today?” Outward Bound sets the stage perfectly: you’re in a wild, new environment—whether it be the mountains, canyons, rivers or sea—with new people from all walks of life who are working to accomplish a shared task. This is part of the magic of Outward Bound—we’re put in an environment which primes us to practice the art of curiosity.

When we aren’t on a course, how might we build curiosity into our daily lives? It can come in so many forms. It might be curiosity about yourself—why did that person trigger that feeling in me? Or about the world around you—what is that little blue bird whose song I hear every morning outside my kitchen window? These questions can be big or entirely insignificant. It really doesn’t matter. Curiosity is a habit of mind that can be practiced and cultivated. 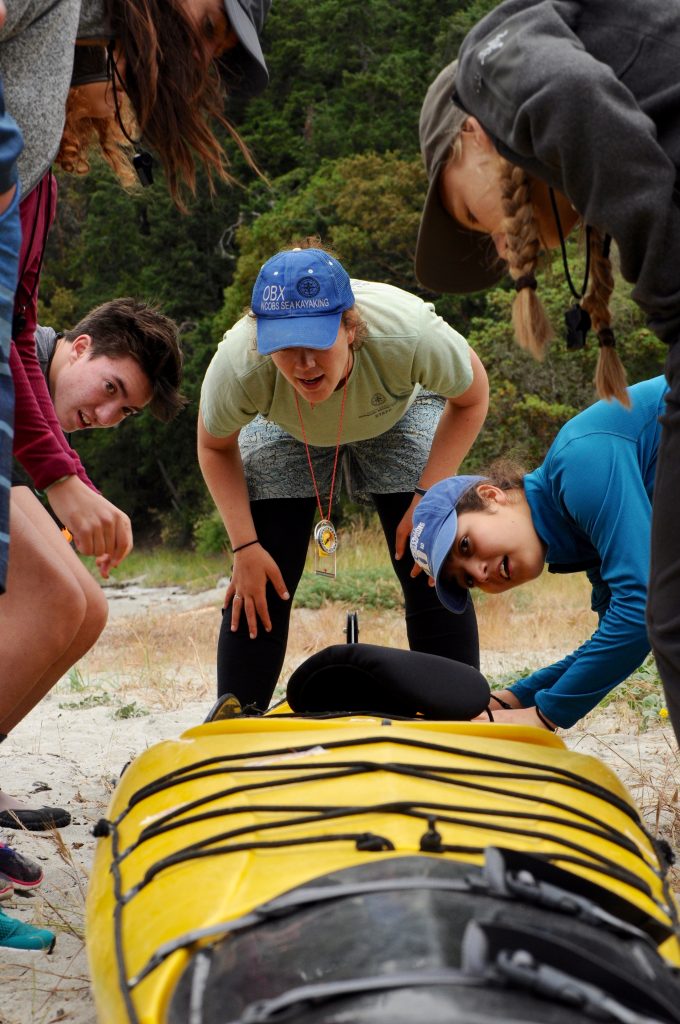 Over time, through setting an intention to be curious, I’ve found my life is enriched. My relationships are more meaningful, I feel more connected to the landscape and world around me and I find it nearly impossible to get bored. If you’re willing to take on the challenge of cultivating curiosity in yourself, the prize is invaluable. You begin to more deeply understand your strengths and weaknesses, transcend your perceived limits, and see there is more in you and those around you than you ever thought possible.

Dan Susman is an Instructor at the Colorado Outward Bound School who loves running long distances, climbing rocks and playing with other people’s dogs. When not instructing, Dan teaches science and runs the outdoor program at the Midland School outside of Santa Barbara, CA. His favorite thing to eat on an Outward Bound course is homemade pizza with wild, foraged mushrooms. Dan received his bachelor’s degree from Dartmouth College and has a Master of Education from Harvard University.

The Relationship Between Self-Care and Community Care
There is an undeniable connection between the way you take care of yourself and how you show up for your community. “Self-care” is a term we are hearing more often…...