Photograph (above) taken by Colby Blue

"I initially came to this course for the purpose of building my own emotional and physical strength, but I left with the realization that it is not my own strength I should work to better. It is the strength of the people around you that you must improve and fortify … through interactions and words." – Aidan

Challenge yourself physically and mentally while exploring an amazing wilderness areas.

The Oregon Rafting, Mountaineering & Rock Climbing course offers students an opportunity to challenge themselves physically and mentally while exploring amazing wilderness areas. The first days of your trip will be spent building critical skills in teamwork and outdoor skills. At the world famous Smith Rock State Park, you’ll learn climbing techniques, as well as the basic gear, knots and rope systems that keep you safe amidst the towering geologic formations. Along the wild and scenic Deschutes River, your team will learn paddling methods, river hydrology, raft captaining and self-rescue techniques. The mountain expedition will bring you through diverse mountain habitats among the volcanoes of the Central Cascade Range, putting to use your teamwork and camp craft skills while learning to navigate using a map and compass. The course also includes an emphasis on leadership, character development and an ethic of service. Whether navigating through rapids, paddling into headwinds, or carrying a heavy pack, wilderness travel is demanding. You don’t need to have any previous experience but arriving physically fit and excited for the opportunity for personal development will enhance your experience and allow you to take full advantage of the expedition.

Outward Bound promotes character development, leadership, and service in the most engaging classroom possible … the wilderness. In real time, students experience the effects of their decisions on themselves and the other members of their group as they work to complete difficult tasks necessary for wilderness travel. Instructors challenge students to try new things and step outside their comfort zones, as well as provide feedback that students implement on course and when they return to their communities.

Mountaineering courses move through high mountain terrain and focus on preparation for a peak attempt that may require the use of ropes, technical equipment, and possibly rock climbing or snow travel. Students will start by learning backpacking skills, map and compass navigation, and campsite selection, and progress to basic mountaineering skills. The instructor-to-student ratio is never more than 1:5 during this section, allowing for personal coaching on the physical techniques of mountaineering, as well as tailoring the curriculum to the interests and aptitudes of individual course participants.

Students will receive individual instruction and test their skills against the vertical cracks, steep faces and boulders of Smith Rock State Park. Among the skills students will learn are: basic climbing equipment, rope management, wearing harnesses, tying knots, belaying and rappelling techniques, and movement on rock.

In order for profound learning to take place, students spend time reflecting on their experience, and Solo is that opportunity. The Solo experience provides an important break from the rigors of the expedition and gives students the opportunity to reflect on their Outward Bound experience. With sufficient food and equipment, students will set up camp at sites of their own, using the wilderness skills learned during the first portions of the course. The amount of time students spend on Solo is based on course length, weather, student condition, age, and Instructor preference. Solo campsites are chosen to offer as much solitude as possible (yet be within emergency whistle-signaling distance of other group members). Most students spend their Solo time journaling, drawing, reflecting, thinking and resting as they process lessons of the course to focus on their goals for the future. Instructors check on each participant at regular intervals, as safety is always a top priority.

Outward Bound believes that an appropriate amount of independence is a powerful educational tool. During the travel sections of this course, Outward Bound instructors purposefully and gradually transfer certain leadership responsibilities to the students culminating with our “Final Expedition.” Near the end of course—if the group has demonstrated the necessary leadership, team problem solving and wilderness living skills—students may have the opportunity to travel without instructors immediately present. Many of our students feel this phase of the course is the most rewarding, as the group learns to work as a team, problem solve, and accomplish a goal independently, while utilizing all the skills they have acquired.

We typically end our courses with a Challenge Event—an individual final physical push. This typically takes the form of an endurance run or triathlon-style challenge

Volcanoes dot the spine of the Cascade Mountains, rising over 10,000 feet above the forests, lakes, and rivers of the surrounding region. The Central Cascade Range is home to the Three Sisters, Broken Top, Mt. Washington, Three Fingered Jack, and Mt. Jefferson. Active glaciers, traces of avalanches, and the volcanoes themselves are the perfect setting for learning the more technical aspects of mountaineering and backpacking. Depending upon the peak, your summit attempt may necessitate glacier and roped-team travel. These regions are the ancestral lands of the Yoncalla, Molalla, Kalapuya, Tenino and Confederated Tribes of Warm Springs nations.

The Deschutes River is part of the national Wild & Scenic Rivers System, flowing north from the Oregon Cascades to the Columbia River and then on to the Pacific Ocean. Courses generally travel anywhere from fifty to one hundred miles along the Lower Deschutes. The rapids on the Deschutes are rated to class IV, mostly class II-III. The group camps each night along the banks of the river. These regions are the ancestral lands of the Confederated Tribes of Warm Springs and the Tenino nations.

Smith Rock State Park is a world-renowned climbing destination that attracts climbers of every ability level. The Crooked River winds its way through the canyon, and to the west, the snow-capped volcanoes of the Cascade Range rise on the horizon. One of the most striking features is a prominent spire, Monkey Face. Given the dry and temperate climate, rock climbing is feasible most of the year. These regions are the ancestral lands of the Confederated Tribes of Warm Springs and the Tenino nations.

"I initially came to this course for the purpose of building my own emotional and physical strength, but I left with the realization that it is not my own strength I should work to better. It is the strength of the people around you that you must improve and fortify … through interactions and words." – Aidan 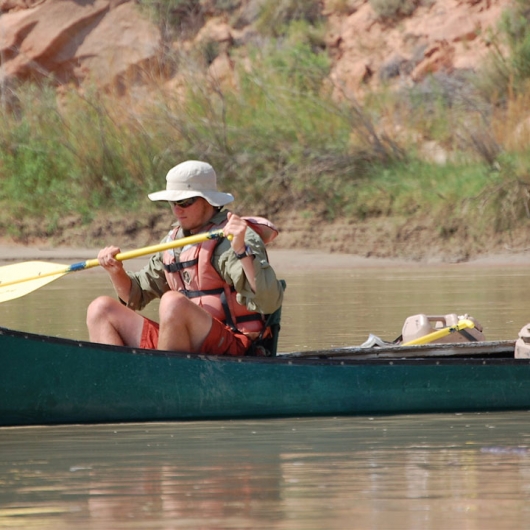 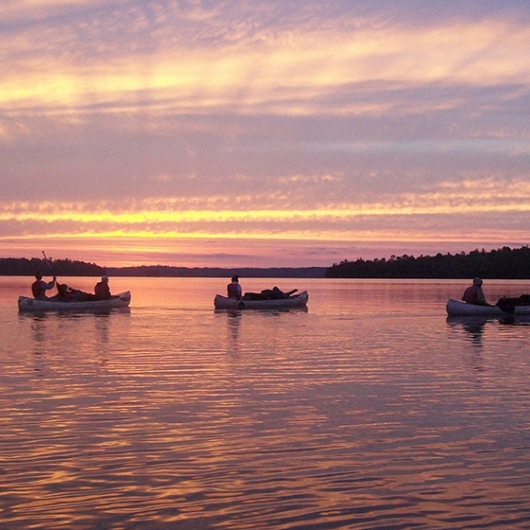