← Back to Expedition Finder
Photograph (above) taken by Wesley Lyon

Photograph (above) taken by Wesley Lyon

Push your comfort zone and live in the moment on this backpacking and rock climbing course.

On this expedition, backpack in the misty, cool, Blue Ridge Mountains. Breaking up those days on the trail will be time spent climbing rock faces, or rappelling down them. In addition to gaining experience traveling in some of the oldest mountains in the world, participants will build upon their confidence and leadership skills, meet people from all over the country and work with their team to meet daily goals.

During adult courses, Instructors often facilitate the sharing of life experiences amongst the group and craft activities to allow for participants to examine where they’ve been, where they are now and where they’d like to go in the future. These courses are perfect for those who find themselves at a transition point in their lives, need a fresh outlook, or want to remind themselves ‘"there is more in you than they know."

In fielding a lot of questions along the lines of, ‘Why on Earth would you want to do something like that?’ I was able to answer easily … for the experience. While the brain craves order and finds comfort in patterns, it’s critical and healthy to throw ourselves for a loop every now and again, lest we find ourselves in a rut. These kinds of experiences provide time and space to see what’s working, what might need some tweaking and what needs eliminating.

Do you ever want to unplug, step away from your daily responsibilities, and face new challenges? Adventure is calling! Outward Bound’s Classic expeditions for adults are designed to help you hit the reset button by breaking your routines and radically changing your surroundings. This is an opportunity to build new skills and remind yourself (or discover for the first time) what it feels like to crest a mountain peak, hear the echoes at the edge of a vast canyon, or feel the rush of whitewater. Put some “firsts” in front of you and you’ll find that the moments of unexpected discovery linger long after you return home.

Return home with newly expanded wilderness abilities, an energized outlook, a rekindled allowance of empathy and an eye toward the future. 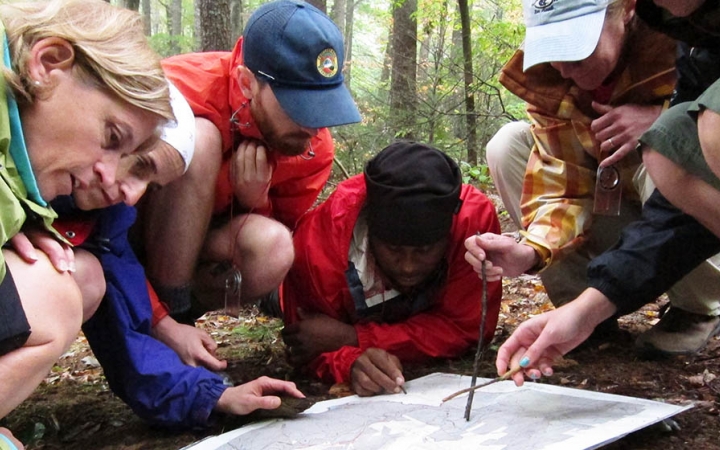 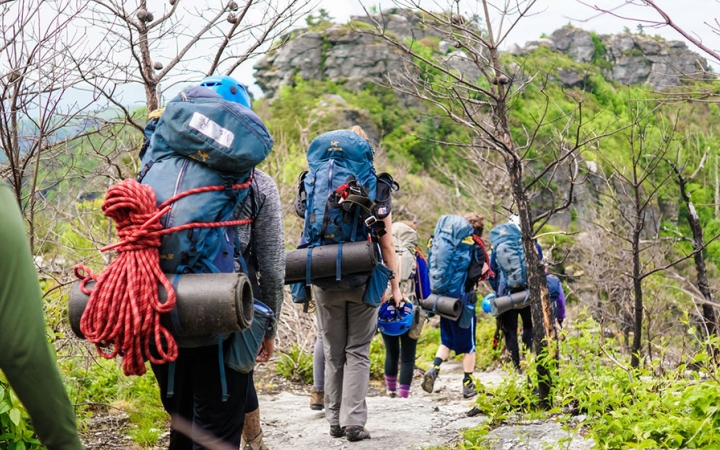 During this course, students will carry everything they need for extended travel in the Pisgah National Forest of Western North Carolina. Here they will learn to travel in the backcountry, navigate varied terrain with a map and compass and do these activities responsibly using Leave No Trace principles. Equally important will be time spent practicing conflict resolution skills, communication styles, leadership and team building. After the crew has practiced these skills the Instructors will step back and let the group work together to navigate through the wilderness.

With a focus on safety, climbing instruction will start by teaching the basics, such as working with ropes and learning to tie knots. As students progress, they will learn how to climb up or rappel down a rock face. They may even have the opportunity to work through a high ropes obstacle course together. These uniquely structured activities provide opportunities not only for self-reliance, but also for communication and collaboration as participants confront and work through their fears.

Service to others and the environment is a core value of Outward Bound and is integrated into each course. Participants follow Leave No Trace ethics as service to the environment and do acts of service while leading and supporting fellow participants. Students develop a value of service, seeing the impact of their actions firsthand, and transfer this desire to serve their communities back home. On longer courses, students have the opportunity to do a formal service project with a local agency. Common projects include doing trail work, helping at local food pantries and other local non-profit organizations. Service projects can be a few hours up to a full day.

Acquire a taste for adventure. Courses less than 14-days in length provide a perfect introduction to the Outward Bound experience; reminding students of their connection to nature and leaving them feeling inspired to take on real challenge. Through these condensed experiences, students become comfortable living and working together in the wilderness while practicing the Four Pillars of Outward Bound; craftsmanship, self-reliance, physical fitness, and compassion. They also create a solid foundation of skill sets that they can further build upon once off course.

In fielding a lot of questions along the lines of, ‘Why on Earth would you want to do something like that?’ I was able to answer easily … for the experience. While the brain craves order and finds comfort in patterns, it’s critical and healthy to throw ourselves for a loop every now and again, lest we find ourselves in a rut. These kinds of experiences provide time and space to see what’s working, what might need some tweaking and what needs eliminating.