“The aspect of Outward Bound, called duo, is one of the most important personal events on the trip. For 24 uninterrupted hours, my teenage son and I talked about life, relationships, sports, anything that came to our minds. The duo brought each parent closer to their child than ever before. Years later, both Ryan and I still think back on that time.” - Justice Correale Stevens, Parent Alum

This specially designed Outward Bound course helps youth navigate the tough road from adolescence to adulthood with the support of their families.

Taking this four-day course together provides a unique opportunity for parents and children to deepen their appreciation for one another and strengthen bonds with the help of challenging wilderness activities like backpacking, orienteering, sleeping and eating in the backcountry and rock climbing in the Blue Ridge Mountains. The memories and metaphors of a shared adventure will carry on long into the future as relationships continue to develop.

Note: Cost listed is per participant.

Outward Bound family expeditions are once-in-a-lifetime opportunities to experience the great outdoors with the people you love. These eye-opening adventures provide a new and exciting place to bond as a family, improve communication, and cultivate a shared sense of natural wonder as you explore some of the nation’s most pristine wilderness areas together.

During this course, parent-child pairs backpack up to three days in Pisgah National Forest of Western North Carolina where they will learn to travel in the backcountry, navigate varied terrain with a map and compass and how to do these activities responsibly using Leave No Trace principles. Equally important will be time spent learning conflict resolution skills, communication styles, how to lead and how to be a team player. After the crew has practiced these skills the Instructors will step back and let the group work together to navigate through the wilderness where they will be rewarded with stunning misty mountain vistas. 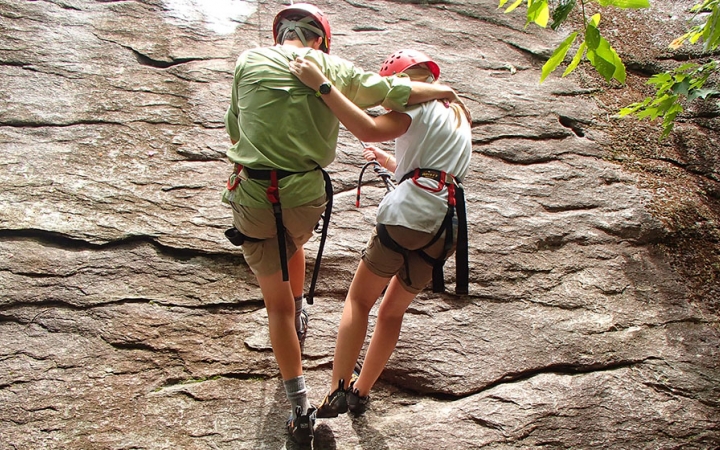 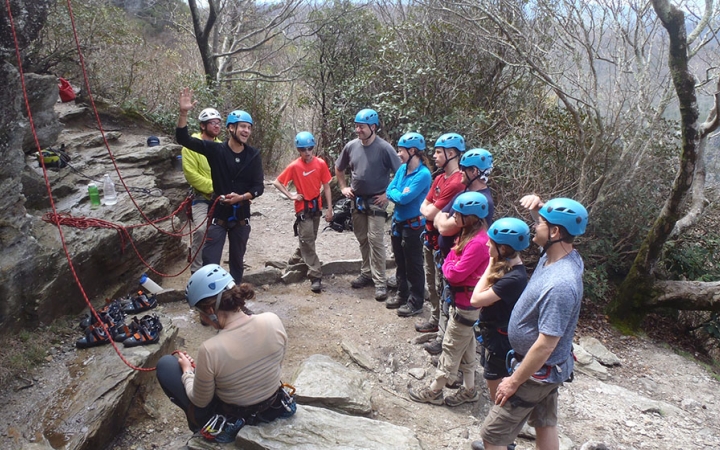 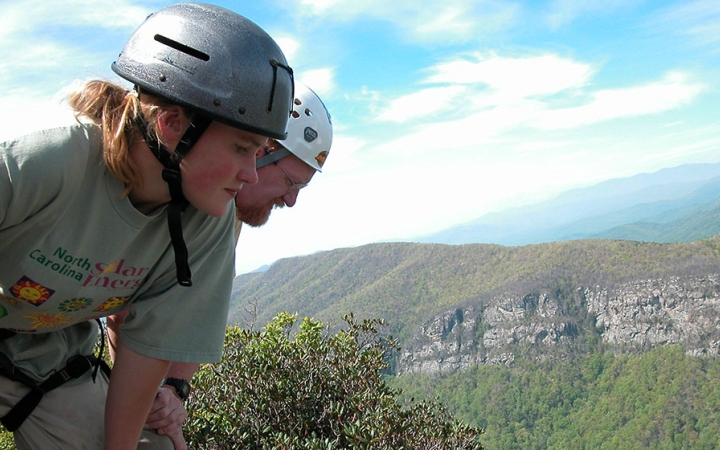 Students will spend a day climbing up a mountain, rappelling down it, or on a high ropes obstacle course. During these activities, parent-child duos will be pushed to step outside their comfort zones to communicate and trust one another. With a focus on safety, this course activity starts with the basics, such as working with ropes and learning to tie knots. These uniquely structured activities provide opportunities not only for self-reliance, but also for communication and collaboration as participants confront and work through their fears.

Near the end of every course, students will participate in an adapted version of the Outward Bound Solo experience. Parent and child duos will separate from their crew to be alone together for a period of time, generally overnight. During this time, instructors assign each duo with their own individual campsite within a designated area. These areas are both secluded and within hearing distance of other group members and instructors for safety. Students will be given all of the necessary gear, food, water and skills to complete this portion of the course. They will also know the location of their instructors’ campsite should they need to contact them for any reason. Instructors will be monitoring students closely during this time and the Duo will last no longer than 24 hours. This experience is a great opportunity for families to relax, recharge, connect and reflect on their course after long days of strenuous group activities.

Acquire a taste for adventure on this condensed Outward Bound experience, which reminds students of their connection to nature and leaves them feeling inspired to take on real challenge in their everyday life. Through these compact 4-day experiences, students become comfortable living and working together in the wilderness while practicing the Four Pillars of Outward Bound; craftsmanship, self-reliance, physical fitness and compassion. Participants also create a solid foundation of skills that they can build upon once they return home.

“The aspect of Outward Bound, called duo, is one of the most important personal events on the trip. For 24 uninterrupted hours, my teenage son and I talked about life, relationships, sports, anything that came to our minds. The duo brought each parent closer to their child than ever before. Years later, both Ryan and I still think back on that time.” - Justice Correale Stevens, Parent Alum 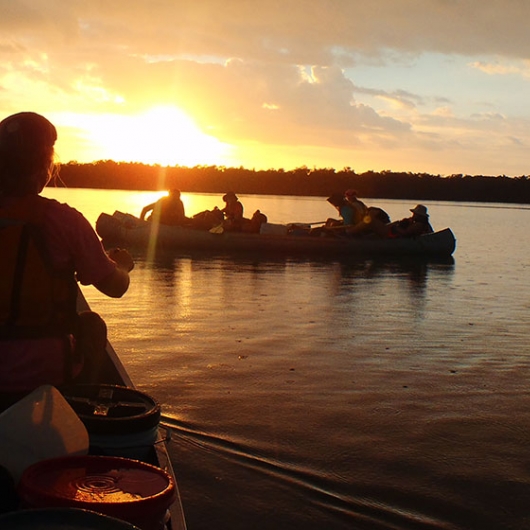