Step out of your comfort zone and into expedition mode as you embark on an adventure of a lifetime.

This expedition includes alpine backpacking in the La Sal Mountains, canyon backpacking and canyoneering in or around Canyonlands National Park and rafting on the Colorado or the San Juan River. Take the time to move away from the noise of everyday life and connect with all that Southern Utah has to offer. Ideal for motivated individuals seeking skills for a lifetime, this course combines whitewater rafting, mountaineering and the mysteries of the canyons. Start out by learning the most important elements of wilderness lifestyle, including environmental stewardship, outdoor cooking, safety and first aid. On the river, skilled Instructors will teach you how to work together as you paddle as a team on rafts, coordinate your positioning and spacing and time your strokes to help and protect each other as you go. In the mountains and the canyons, climb over high passes, descend into lush, vegetated valleys and attempt several summits, learning to rely on and help each other at every step of the way.

Each day on the river is spent learning to recognize and navigate various obstacles and hazards in the river and how to anticipate the forces of the current from far enough upstream. Participants will work to become a team, coordinating spacing and paddle strokes. They will have an opportunity to be the captain of their raft and practice new skills as they maneuver through adrenaline-filled rapids and flat-water sections.

In places, the canyon rims rise thousands of feet above the river, enclosing participants in a remote world of rushing water, delicate ecosystems and unbelievable beauty. Most courses get the opportunity to take day hikes away from the river and up to the canyon rim. These hikes provide stunning views, a change of pace and often the chance to see Native American archeological sites, petroglyphs, pictographs and strange but remarkable geological formations.

Canyoneering is like running the most exciting adventure course imaginable. Each obstacle occurs naturally - made by the power of water coursing across the desert, making its way to the river. A combination of climbing, scrambling, rappelling, hiking and even swimming may be involved in getting through this unreal terrain. The adventure begins by hiking across the sunny desert mesa to drop into a canyon via rappel. As students travel further down, the canyon narrows, twists, turns and drops, creating eerie cave-like conditions. Sunlight bouncing off the walls from far above causes the sandstone walls to glow red and orange. Exiting the canyon back into the desert daylight feels like returning from another world. This rugged, rocky terrain requires teamwork and effective decision-making. To meet the demands of technical terrain, Instructors begin by teaching the foundational skills necessary for efficient travel, such as basic movement over rock. Over this section, students will experience technical canyoneering, slot canyons, day hikes and canyon backpacking.

Backpackers carry everything they need - food, shelter, clothing and gear – allowing them to go deep into the wilderness where few people go. Students feel a sense of freedom from deadlines and task lists as they grow accustomed to eating when hungry, setting up camp when tired and having complete control over what they accomplish each day. The simplicity of hiking gives students the opportunity to focus both internally on their own thoughts and self-reliance, as well as externally to connect deeply with others as they talk, sing, play games and spend time together without distraction.

This course will begin with lessons in basic travel and camping techniques. Along the way, students learn Leave No Trace techniques, map and compass navigation and camp craft as they get a feel for the human and natural history of the area. Students backpack along valleys and long ridges, camp in basins with views like the top of the world and stop along the way to explore microclimates and alpine ecosystems. Most importantly, students spend time in an incredible area, sleep under the stars, feel the sunshine on their face and maybe watch a few sunsets over this magical landscape.

The expedition includes at least one peak attempt. Peak attempts are major enterprises and typically require early morning starts and take all day to complete. Weather or other factors including group dynamics and physical ability may preclude even an attempt to ascend a peak. One of the unique aspects of courses in the La Sals is that you can see the canyon country you will later explore from above.

Rock climbing is the ultimate opportunity to challenge oneself physically, mentally and emotionally. Contrary to common belief, upper body strength is not the determining factor in being able to climb well. Learning new body mechanics, balance and energy maintenance techniques will help students climb efficiently and unlock the incredible feeling of flowing up a route.  There are many ways to climb the same rock, allowing each climber to solve the puzzle in their own individual way. Students will learn basic climbing techniques, helmet and harness use, climbing commands and belaying.

Service to others and the environment is a core value of Outward Bound and is integrated into each course. Participants follow Leave No Trace ethics as service to the environment and do acts of service while leading and supporting fellow participants. Students develop a value of service, seeing the impact of their actions firsthand and transfer this desire to serve their communities back home. Past projects have included working on a goat farm, building trails, cleaning trash and debris from natural spaces, working with a local community garden, and removing invasive species.

The La Sal Mountains rise dramatically out of the desert, towering 9,000 feet above the surrounding canyonlands and the sporting mecca of Moab. The La Sals are known for their groves of aspen, rich amount of wildlife, high summits and incredible views overlooking Canyonlands and Arches National Parks and the Four Corners area. Hidden lakes dot the landscape. Peaks in the La Sals range from 10,000 feet to just under 13,000 feet and include the highest peaks in Southern Utah. The La Sals lie within the ancestral lands of the Núu-agha-tʉvʉ-pʉ̱ (Ute) nation.

The most spectacular aspects of the Utah landscape are the hidden treasures found within its vast canyon networks, formed by millennia of wind and water. The canyonlands of Southern Utah are still as stunning, mysterious and wild as they were for the Ancestral Puebloan and Fremont Native Americans who roamed these lands over 800 years ago, and whose ruins and rock art still abound in the canyons. The canyons are composed of a spell-binding labyrinth of alcoves, fins, pinnacles, buttes, towering walls, ledges and arches just waiting to be explored on Canyon Backpacking courses. Canyoneering courses also venture into narrower, deeper chasms two feet wide with walls several hundred feet on each side. These sandstone slot canyons are a geological playground for scrambling, teamwork and rappelling. Robbers Roost, Canyonlands, and the San Rafael Swell lie within the ancestral lands of the Núu-agha-tʉvʉ-pʉ̱ (Ute) and Pueblos nations.

The San Juan River in southern Utah, a major tributary of the Colorado River, flows 83 miles through the deeply-incised sandstone slick rock country of the Colorado Plateau in many tight bends. The San Juan is world-renowned for archaeological sites of the Fremont and Anasazi cultures, featuring both petroglyphs and spacious cliff dwellings accessible on side hikes from the river. The San Juan River is also well known for its exquisite natural scenery as you’ll soon find out once you are deep within the towering canyon walls. The San Juan runs through the ancestral lands of the Núu-agha-tʉvʉ-pʉ̱ (Ute), Diné, Pueblos, and Hopi nations. 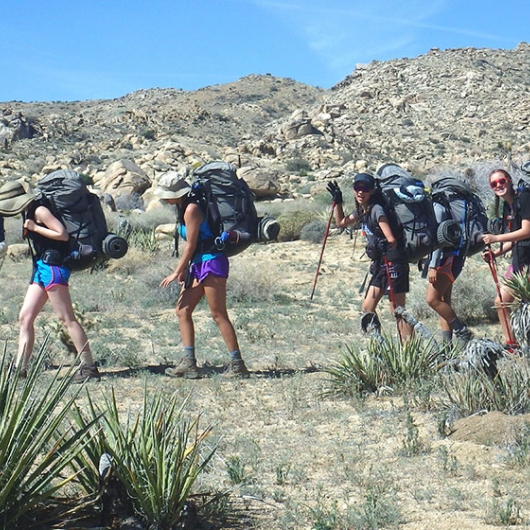 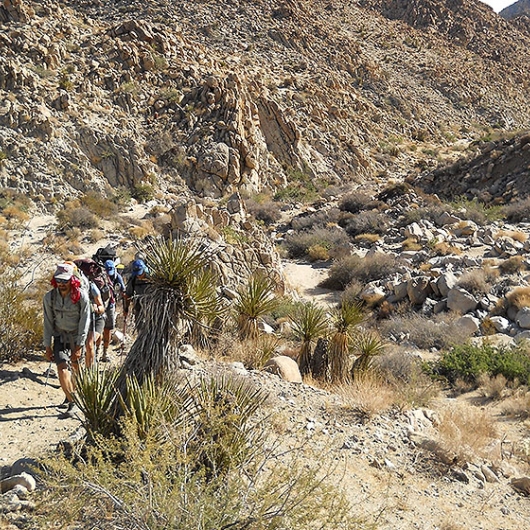 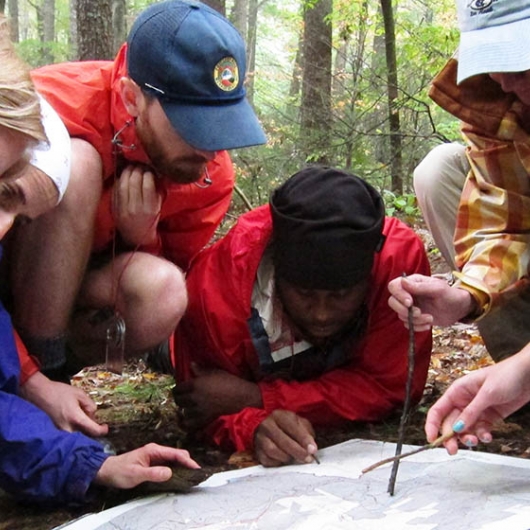