← Back to Expedition Finder

This specially designed Outward Bound course helps youth navigate the path from adolescence to adulthood with the support of their families.

Families come in all shapes and sizes, and we’ve designed this course to foster connection between a young person and a trusted adult in their life. Whether the pairing is parent-child, grandparent-grandchild, aunts, uncles, or otherwise, taking this four-day course together provides a unique opportunity for youth and an adult who cares for them to deepen their appreciation for one another and strengthen bonds. Through challenging backcountry activities like backpacking, orienteering, sleeping and eating in the backcountry and rock climbing in the Blue Ridge Mountains, the memories and metaphors of a shared adventure will carry on long into the future.

Please note, this course is built for youth-adult pairs to enroll together and each participant needs to fill out an application. We cannot accommodate individual enrollments or families of three. The cost is listed per participant.

The aspect of Outward Bound called Duo is one of the most important personal events on the trip. For 24 uninterrupted hours, my teenage son and I talked about life, relationships, sports, anything that came to our minds. The Duo brought each parent closer to their child than ever before. Years later, both Ryan and I still think back on that time.

Outward Bound Family expeditions are once-in-a-lifetime opportunities to experience the great outdoors with the people you love. These eye-opening adventures provide a new and exciting place to bond as a family, improve communication, and cultivate a shared sense of natural wonder as you explore some of the nation’s most pristine wilderness areas together. 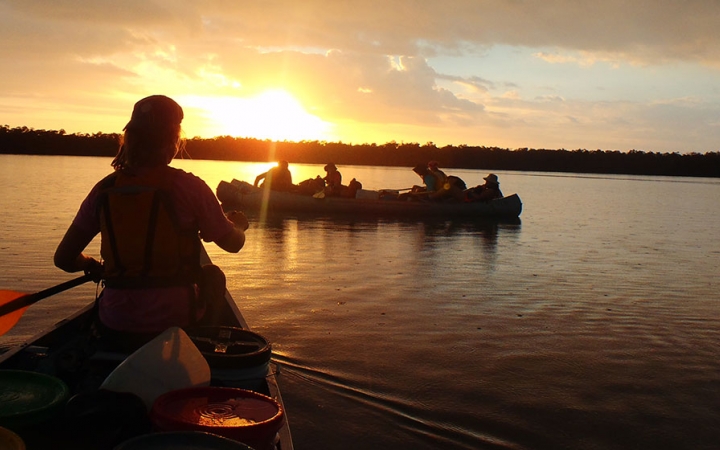 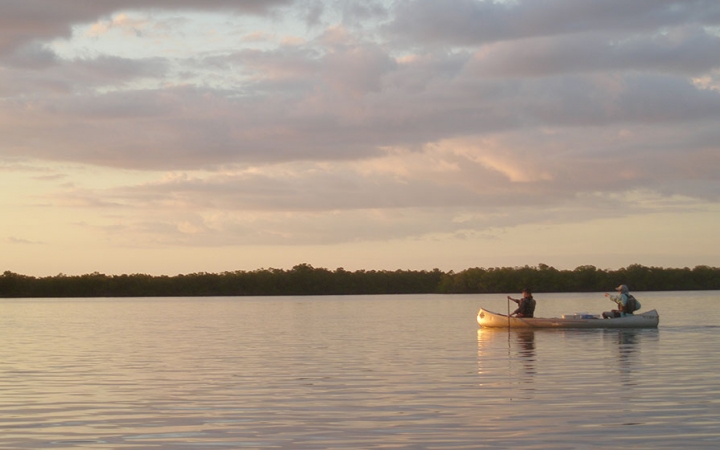 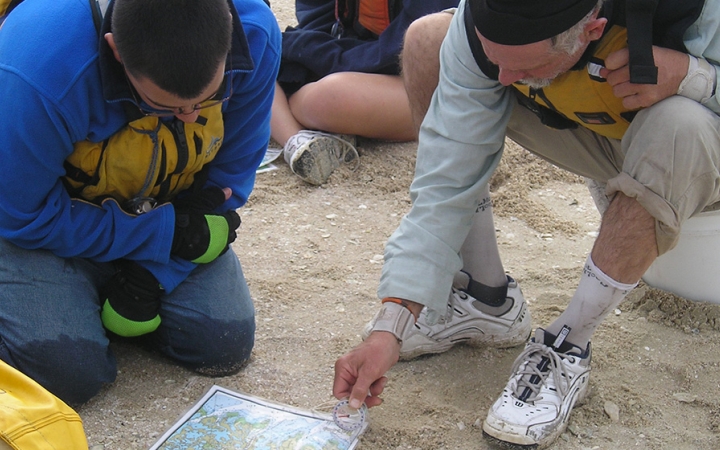 During this course, family combinations will find a unique experience as they paddle together through lush mangrove tunnels in a land of contrasts: between tropic and semi-tropic, land and sea, salt and fresh water, canoeing the wild waterways of Florida. Participants can expect to spend a good deal of time each day in canoes traveling from campsite to campsite. These canoes are tandem, which means parent-child duos will need to work together and communicate as they travel. Depending on the weather, the level of difficulty will vary daily. Crews will learn marine expedition risk-assessment and management, marine route planning and navigation, paddle strokes, canoe-based rescues, equipment use and how to work with a paddling partner.

Near the end of the families course, students will participate in an adapted version of the Outward Bound Solo experience called Duo. Parent and child duos will separate from their crew to be alone together for a period of time, generally overnight. During this time, Instructors assign each duo with their own individual campsite within a designated area. These areas are both secluded and within hearing distance of other group members and Instructors to preserve safety protocols. Students will have all of the necessary gear, food, water and skills to complete this portion of the course. They will also know the location of their Instructors’ campsite should they need to contact them for any reason. Instructors will be monitoring students closely during this time and the Duo will last no longer than 24 hours. This experience is a great opportunity for families to relax, recharge, connect and reflect on their course after long days of strenuous group activities.

Service to others and the environment is a core value of Outward Bound and is integrated into each course. Participants follow Leave No Trace ethics as service to the environment and do acts of service while leading and supporting fellow participants. Students develop a value of service, seeing the impact of their actions firsthand, and transfer this desire to serve their communities back home.

Acquire a taste for adventure on this four-day Outward Bound experience, which reminds students of their connection to nature and leaves them feeling inspired to take on real challenge in their everyday life. Through these condensed experiences, students become comfortable living and working together in the wilderness while practicing the Four Pillars of Outward Bound; craftsmanship, self-reliance, physical fitness and compassion. Participants also create a solid foundation of skills that they can build upon once they return home.

The Everglades and Ten Thousand Islands

The Florida Everglades is the largest subtropical wilderness in the United States and the third-largest national park in the lower 48 states. The aquatic preserve is home to an array of wild creatures and exotic plant life. More than 350 species of birds, 300 species of fresh and saltwater fish, 40 species of mammals, and 50 reptile species live within it. Because of this, it is one of only three locations in the world to show up on the following lists, an International Biosphere Reserve, a Wetland of International Importance, and a World Heritage Site.

This course area is in a subtropical region, with a 12-month growing season. The Florida peninsula is believed to be the last part of the continental United States to rise from the ocean, making it the youngest region geologically and only Alaska can claim a longer shoreline. The Everglades are mild and pleasant from December through April, with low humidity and clear skies. Temperatures reach average highs of 88 degrees and lows of 54 degrees. Strong cold fronts may occasionally create near-freezing conditions, but such events are rare in this subtropical climate. These regions are the ancestral lands of the Calusa, Miccosukee, and Seminole nations.

Years later, both Ryan and I still think back on that time.

The aspect of Outward Bound called Duo is one of the most important personal events on the trip. For 24 uninterrupted hours, my teenage son and I talked about life, relationships, sports, anything that came to our minds. The Duo brought each parent closer to their child than ever before. Years later, both Ryan and I still think back on that time.