Advice on the Gear You Don’t Need in Your Pack

Packing for a backpacking trip is a delicate task of balancing comfort and weight and often leads to numerous questions about what you actually need. Most people will become experts at this craft through years of adventures in the wilderness.

I’ve done some contemplation while on the trail and came up with items that I think are almost never worth bringing along. Whether it’s not useful, extra weight or just a pain—I’ve found that the following items don’t add to my experience in the backcountry. 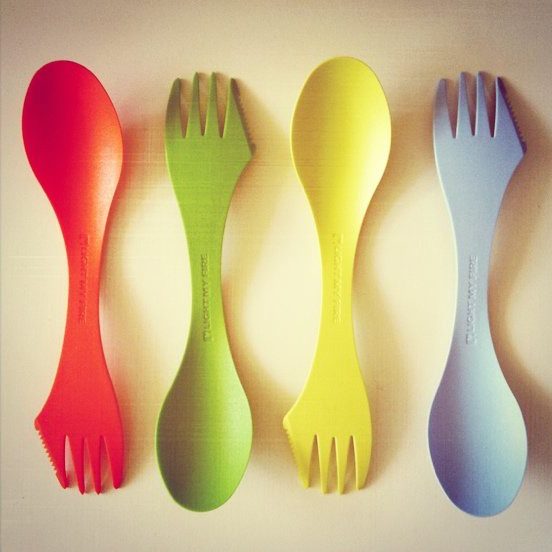 It’s enticing to grab a plastic spork that you see by the register at most gear stores. It’s the one with a spoon on one side and fork on the other with a ‘knife’ on its side. They’re enticing because they look like they solve the problem of classic sporks, which is reducing the utility of both tools. But let me tell you, they will most likely break. When you try to fix it with duct tape, it’ll be floppy and you’ll eventually succumb to eating with this tiny ineffective half-spork-knife and think to yourself ‘why did I buy this thing?’ I’m a fan of a classic metal spoon taken from my kitchen. It never breaks. 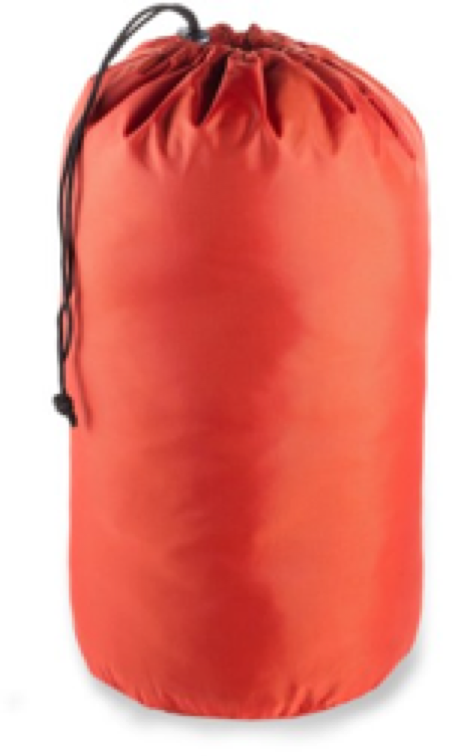 There are times when compression sacks are helpful to decrease the size of something that you’re putting into your pack. This is primarily true with a sleeping bag that maintains a great deal of loft, and putting it in a bag and cinching down the straps greatly reduces its volume. Almost everything else you bring with you does not maintain this loft, with exceptions like puffy jackets/pants. When you’re packing everything else, these become excessive and make packing a very difficult task. Effectively packing a pack is about using all the space. You have bricks (big, non-squishy items) such as a sleeping bag, stove, pots/pants, and you have some mortar (squishy items) such as all your clothes, most tents and many food items. If you put all your clothes into a stuff sack, then you’re just creating more bricks and losing all of your mortar. You end up with a pack that has lots of empty air pockets and feels shifty on your back.

Lose the stuff sacks and shove all your squishy items in-between the things that’ll never squish. If you’re someone who uses these for organization, see this as an opportunity for growth in resourcefulness (use your sleeping bag stuff sack or pots/pans for organization at camp) or flexibility (sometimes things aren’t organized in life and that’s okay). 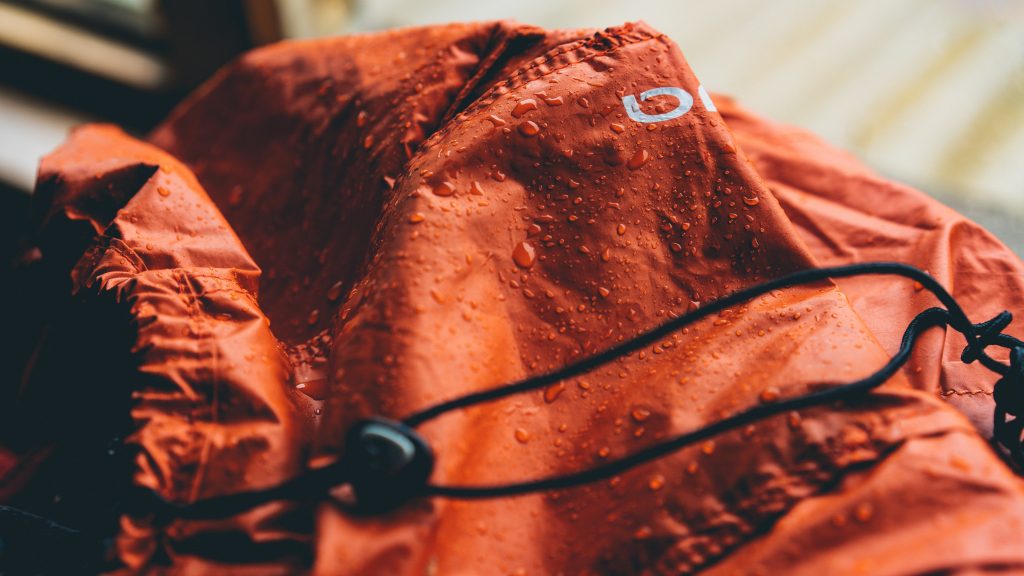 When I started backpacking I learned quickly that a rain cover is only an extra wet thing to carry. They aren’t rubber or plastic, so they’ll only protect your backpack from a gentle storm. And if you’re trying to use them in a consistent storm, then they’ll eventually soak through and everything in your pack will start to get wet. 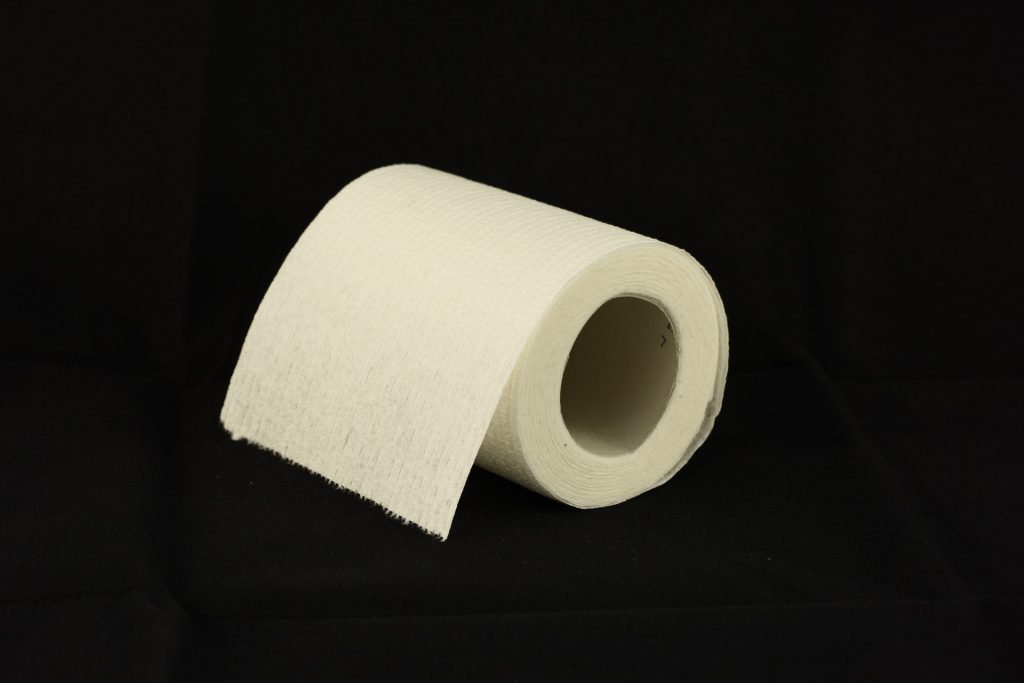 This may be controversial for some folks, but I’m going to do my best to persuade you. Toilet paper should never be buried in the ground because animals will dig it up and try to eat it, which is not only bad for them but also not good for you or others in the wilderness when it’s strewn about like poopy confetti. Some people choose to pack out their toilet paper, which does work, but I find that it’s bulky, and if it’s rainy, you’ve got a mess on your hands. So, if you can be bold then just use sticks, leaves and soft rocks to wipe your bum. If that’s too much, I recommend bringing and packing out baby wipes. I pack a colored Ziploc bag with baby wipes that have been cut in half (two half-wipes per day will be plenty) and a smaller Ziploc bag inside that will be used for trash to pack out. This eliminates the bulk and mess of toilet paper while still allowing you to feel squeaky clean. For more advice on this topic, check out this blog post. 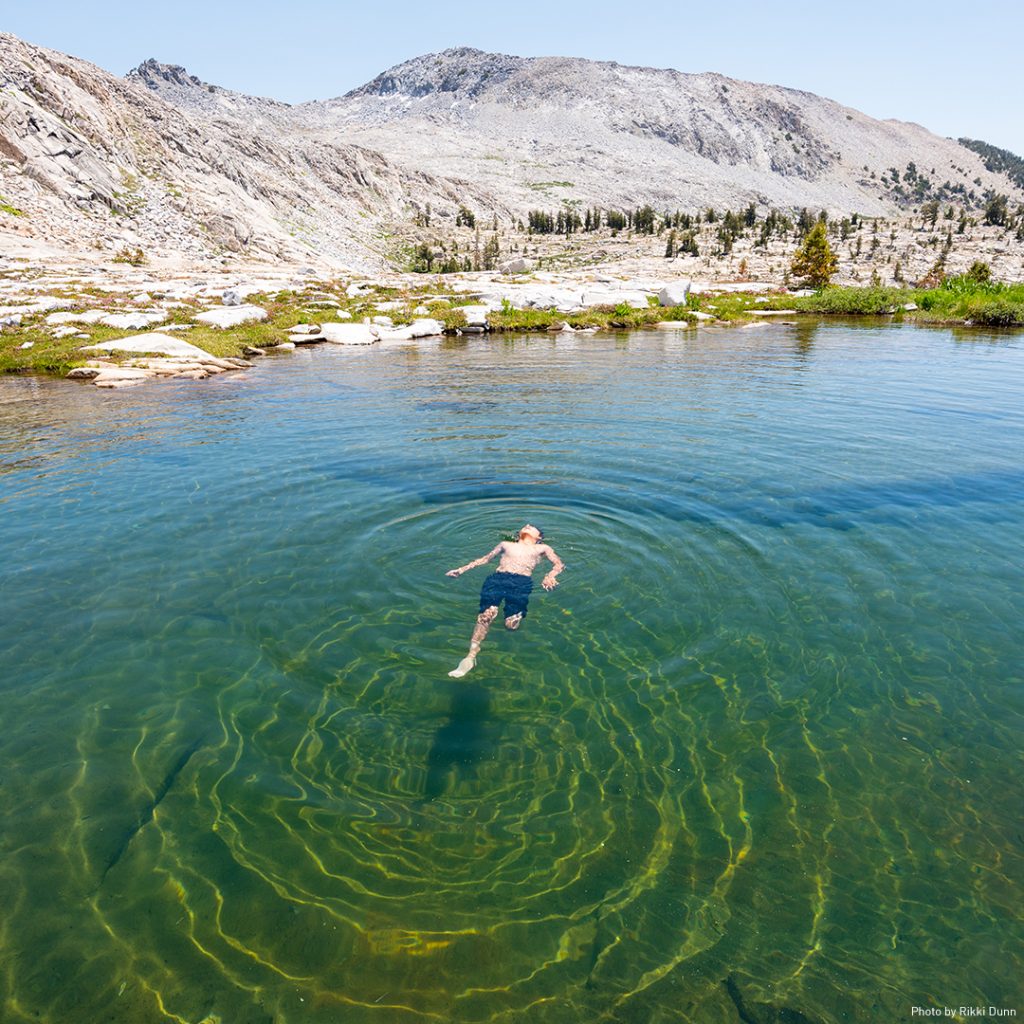 This is extra weight and isn’t necessary. You won’t be taking a shower. If you go for a swim, I recommend going when it’s warm and drying by the sweet sunshine. You won’t want to carry a dry towel and it’ll become even more irritating once it gets wet. Things like a ‘microfiber backpacking towel’ is a way to spend more money in a gear store. You don’t need this and it’ll be hard for you to persuade me that you do. 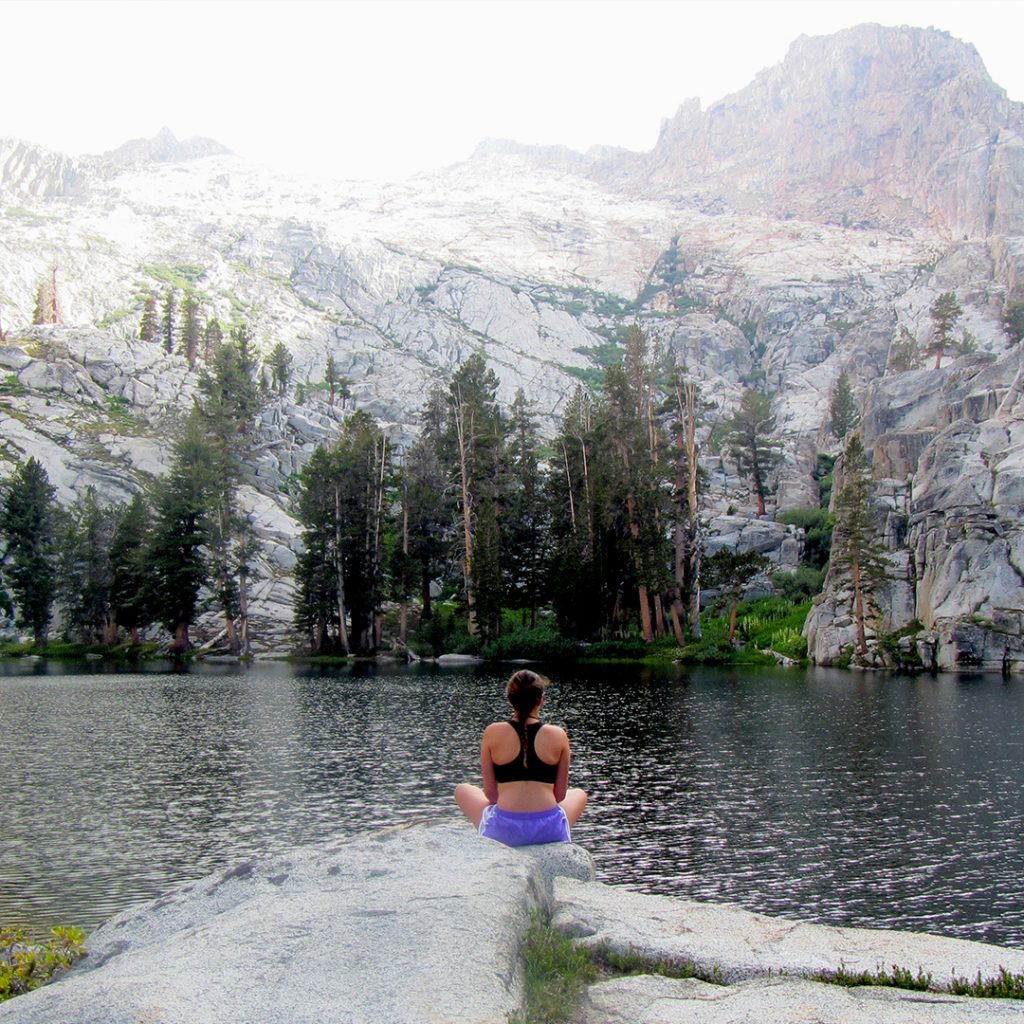 Embrace the stink. You’ll be stinky regardless of whether you’re using deodorant or not. No amount will change the way you smell after a few days. It’ll become unnecessary weight and a smell to attract critters both big and small (think mice to bears). 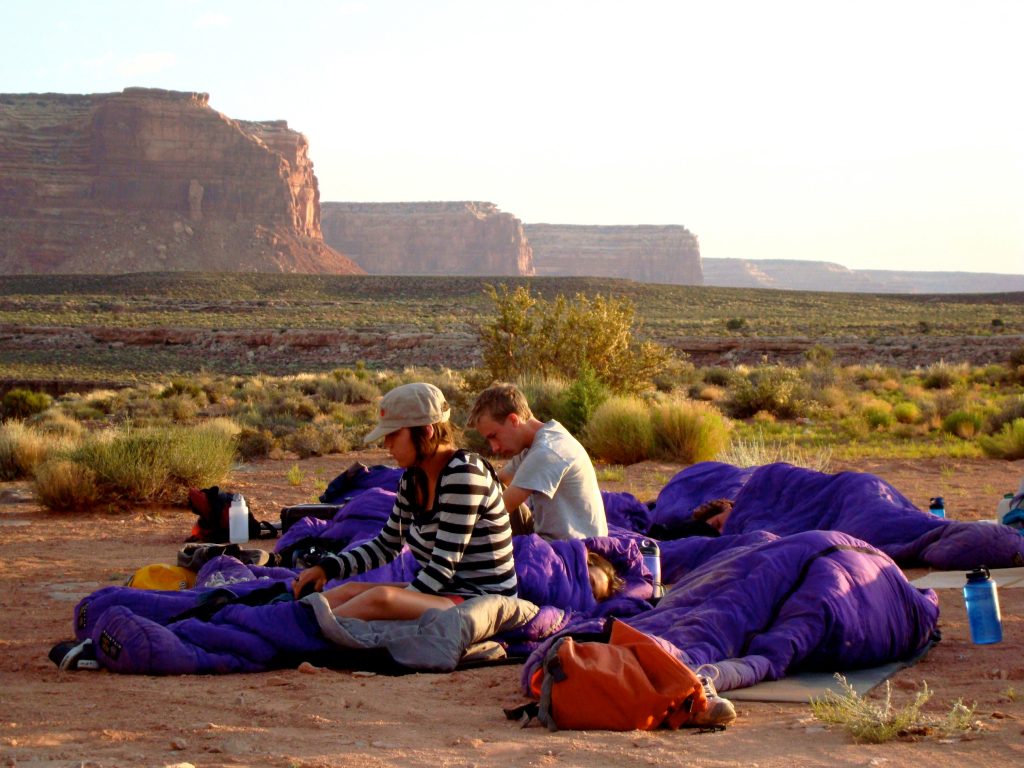 This is another area where people can fall into a trap at a gear store where they see an item and think ‘I didn’t know I needed that!” You don’t need a backpacking pillow because you have all the tools to make one on your own without any additional weight. Take the stuff sack from your sleeping bag and fill it with just the right amount of clothes. If you want it to be soft, then take one piece of clothing, such as a fleece layer, and drape it over the pillow you’ve just created. You’ll have a nifty new pillow that you can adjust daily for comfort that doesn’t cost extra money or make you carry additional weight. 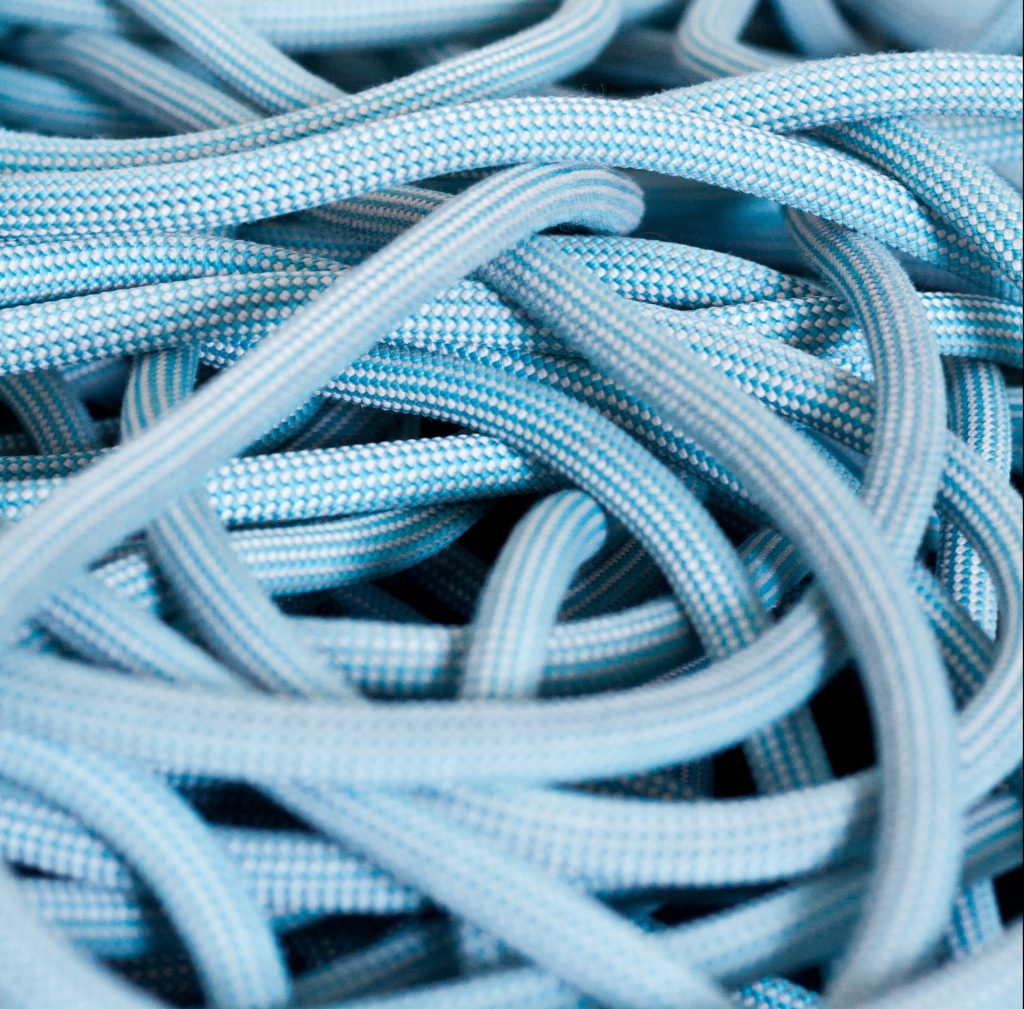 Sometimes we like to bring items to fix stuff along the trail. I’m a big fan of putting a little duct tape around a water bottle so that I have it if I need it. P-cord is enticing because it can be used to make bracelets if you’re bored, but unless you’re a bracelet fanatic, then I wouldn’t bring this. If something breaks to the point that you would need to tie it up with p-cord, then you likely will have a lot of problem-solving to do anyway because you’re in an intense situation and repairing won’t be your top priority.

Many solar chargers don’t work—or don’t work well—and become a brick to carry for the rest of the trip without actually charging anything. Don’t get me wrong, the concept of solar charging while out in the wilderness is cool, but it often results in extra weight and frustration unless you’ve got enough money to spend on something lightweight and fancy. For folks in this category or for those who go out with the focus of taking pictures and have their systems dialed, this doesn’t apply to you because your solar charger does work. For the rest of us, I’d recommend either taking a break from technology or bringing something smaller and less finicky, such as an extra battery pack. 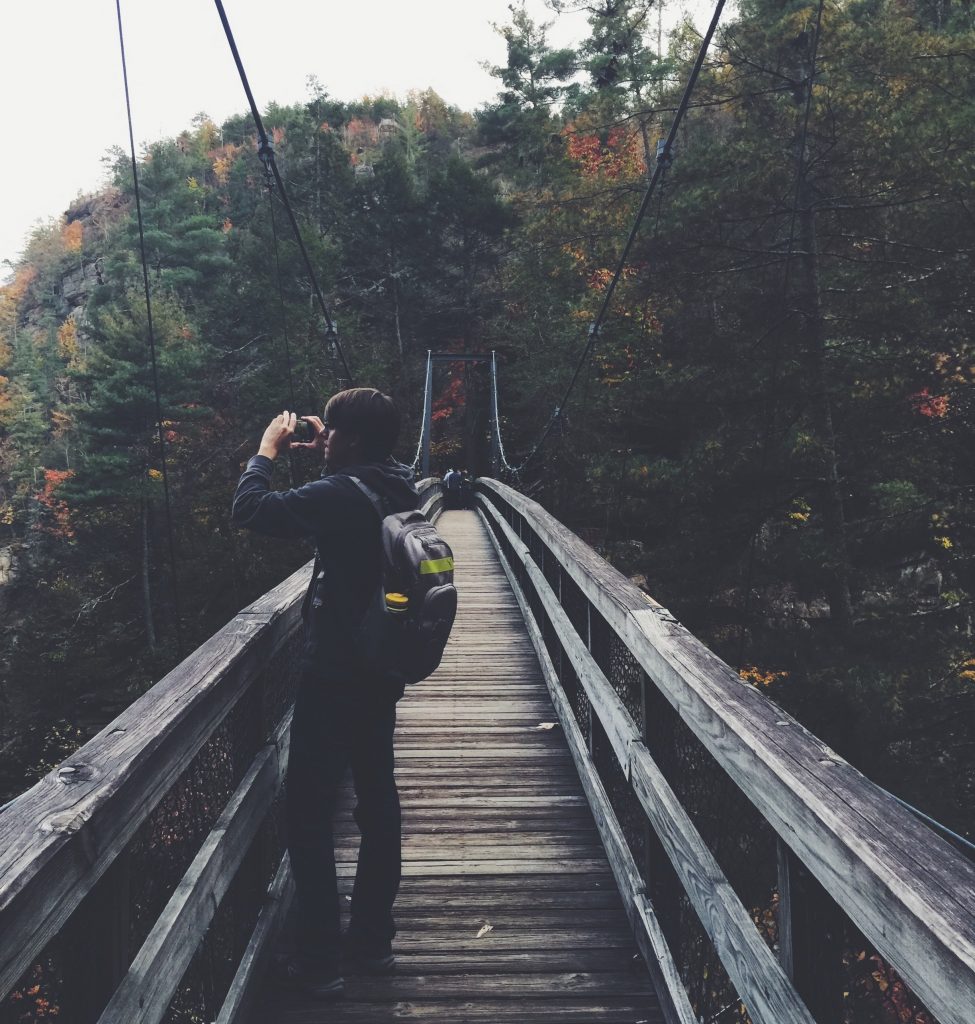 Okay, this one isn’t entirely true. It makes sense to bring a phone in the case of an emergency if you don’t have a GPS tracking device. For many people, phones are their way to take pictures. But I also think that taking our phones out of the equation for a majority of the time can lead to a powerful experience and allow us to be more present. So although you may still want to have your phone in your pack, I’d say you don’t always need it in your hand. I’ll often turn mine off until I want to take a few pictures so that I can save the battery in case I were to need it in an emergency. It gives me a chance to focus on where I am and get a break from screens.

There you have it: my list of items that I recommend to leave out of your pack. As a fellow Outward Bound Instructor reminded me…”ounces equal pounds and pounds equal pain.” So I’ll leave you with this advice: always contemplate while packing….just how much of this do I really need to bring along?

Annie Holmes is a former Instructor at the Colorado Outward Bound School who enjoys eating chocolate after a long day in the backcountry, walking for extensive amounts of time carrying a heavy pack and going on adventures with dogs. She is currently in school for her master’s in social work and enjoys talking about how our brains work and why we decide to do what we do. She also likes climbing up rocks and then rappelling down them directly afterwards and confusing her family by randomly going to places without cell phone service.

5 Reasons to Not Stop Going Outdoors Even After COVID

Since the onset of COVID, we’ve continually been reminded of several lessons we all learned in elementary school, like the importance of washing our hands and staying home if we…...

Read More
How to Reset Communication Habits After A Stressful Year 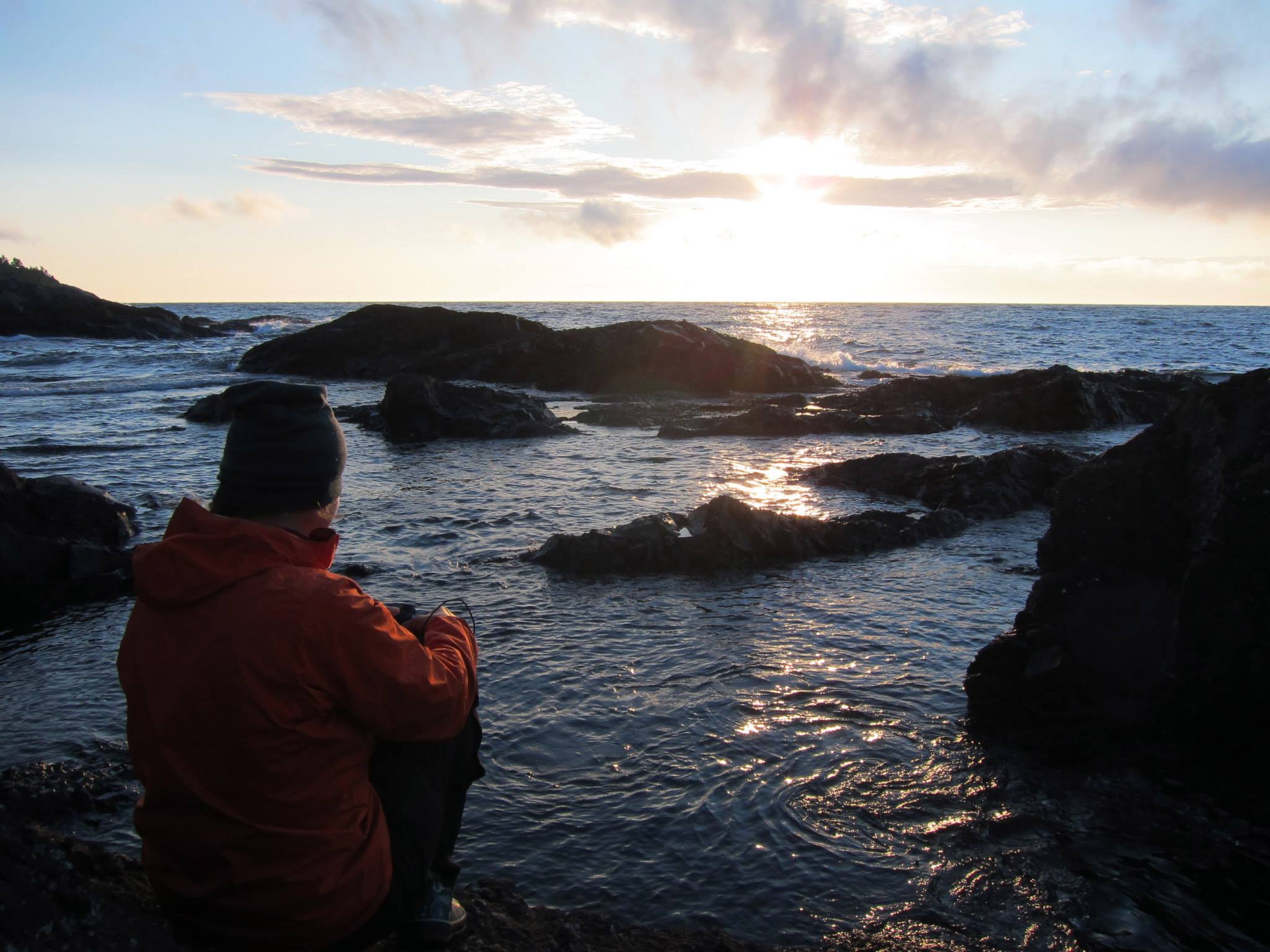