Four Exaggerations About the Wilderness I’ve Seen from TV & Movies

I’m going to show you not only how to survive here, but how to escape alive! —Bear Grylls, host of Man Vs. Wild

We’ve all seen TV shows, movies and documentaries that depict nature as some sort of menacing entity, full of danger at every turn—a setting for extreme actions such as base jumping off of a snowy 16,000-foot peak or swimming through crocodile-infested waters. As entertaining as that content is, my experience in nature has been nowhere near that.

Out of pure curiosity, I set out to watch some of the most popular TV shows and movies situated in nature to see if I could find a more realistic depiction of the wilderness I’ve come to know and love. What I ended up finding was very different from my own experiences. Below are four themes I gathered after watching a few well-known survival shows, expedition documentaries and biographical adventure films.

Some of my findings below might align with your experience, and some may be farther from the truth. The reality is, everyone has a unique relationship with nature and can spend time in the wilderness however they feel is important.

Exaggeration #1: It’s Not a Success Unless It’s Dangerous

The first thing I realized is these shows and films depict nature as a place to accomplish extreme feats. In the survival shows, their goal is to battle intense physical and mental challenges by outwitting nature’s obstacles. In the expedition documentaries, their goal is to climb treacherous mountains in impossible ways to satisfy a deep drive to overcome the impossible. And the biographical films both focus on reaching a far-fetched destination in an effort to escape from their former selves. With these narratives in place, it’s easy to assume that nature is a place only for those who can handle extreme risk.

When I go into the wilderness, I never choose a goal so lofty that I might die in the process. In fact, many of the reasons I love spending time in nature is because it’s a neutral, grounding space and a refreshing escape from society. 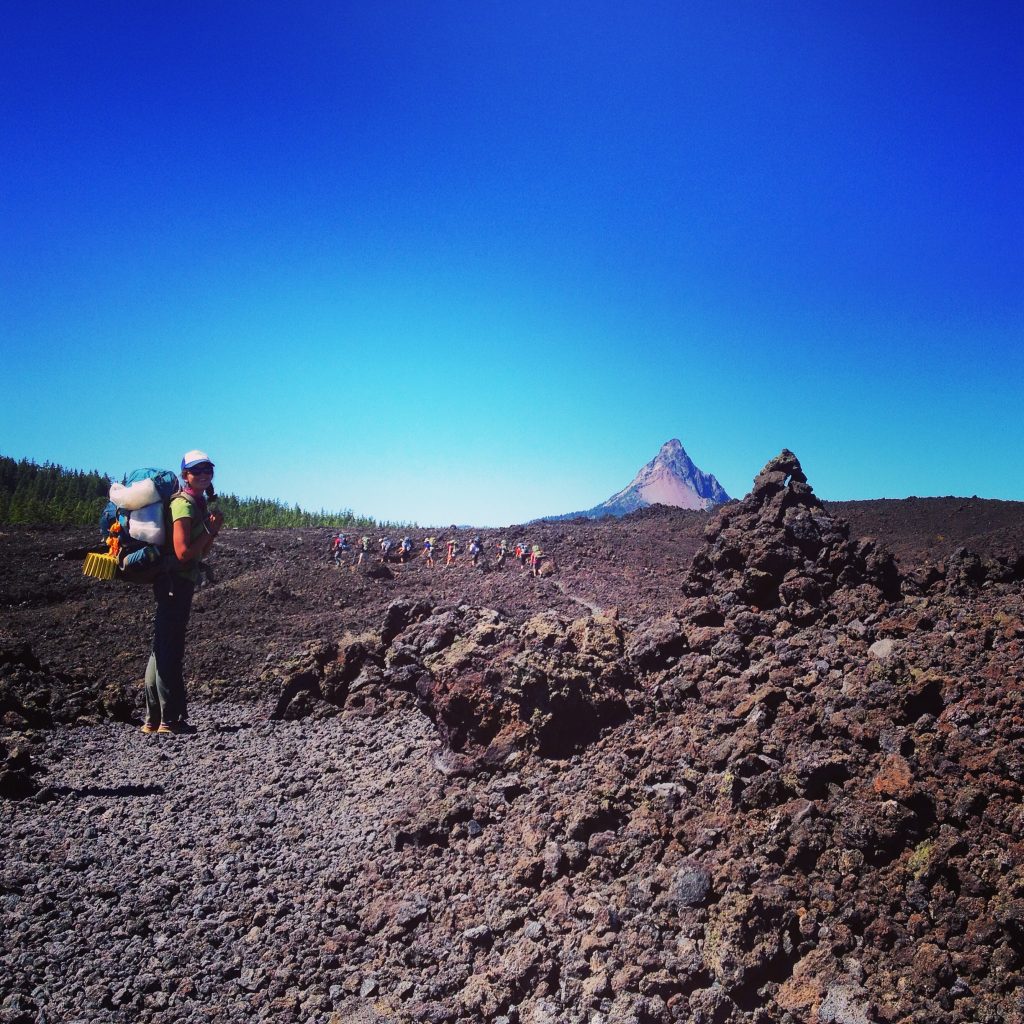 I consider myself an outdoors-loving-individual, but in all my years backpacking, I’ve never owned a machete. You know, the tool all survivalists apparently need to slash their way through a lush forest, leaving behind a path of severed vines and branches.

Survival shows often depict a one-sided image of what nature is to humans: separate, dangerous, untamed and waiting to be conquered. Expedition films often do the same, centering around the idea that even the most treacherous peaks in the world are meant to be overcome by humans, as we assume dominance over nature’s harsh obstacles.

But, If I’ve learned anything from nature, it’s that it’s delicate, patient and definitely not out to get me. Instead of perpetuating the idea that nature is messy and needs order, what if we start to realize how much we can learn from it? Instead of deciding that humans are superior to any other living creature, what if we reveled in its interconnectivity? Instead of defining our success based on whether or not we summited a mountain, what if we focused on celebrating the relationships we build along the way? 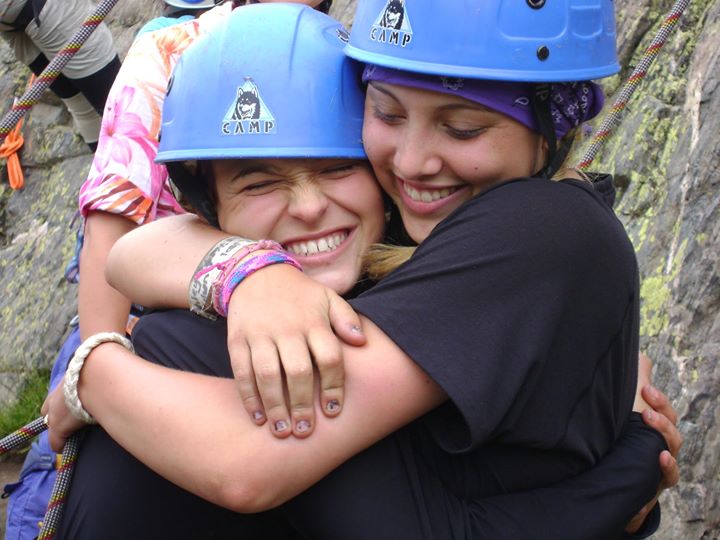 Exaggeration #3: Nature As Your Therapist

“I’d finally come to understand what it had been: a yearning for a way out, when actually what I had wanted to find was a way in,” Cheryl Strayed writes in her memoir, Wild.

Into the Wild and Wild both send a very strong message that nature is a place to go to find yourself. In Into the Wild, Chris McCandless stripped away all of his possessions, cut ties with society and embarked into the Alaskan backcountry. He was searching for an escape from his former life. Cheryl Strayed, too, in Wild, was searching for a new beginning as she hiked 2,660 miles on the rugged Pacific Crest Trail.

Of course, the wilderness isn’t a magical land where you escape to solve all of your problems—however, it’s absolutely a place for transformation. When I witness change in myself after a few nights in the wilderness, or when I see immense growth in the students who return from their Outward Bound courses, I find that it isn’t nature in itself that was so transformative, but the intentionality, patience and willingness to be present that made nature so healing. 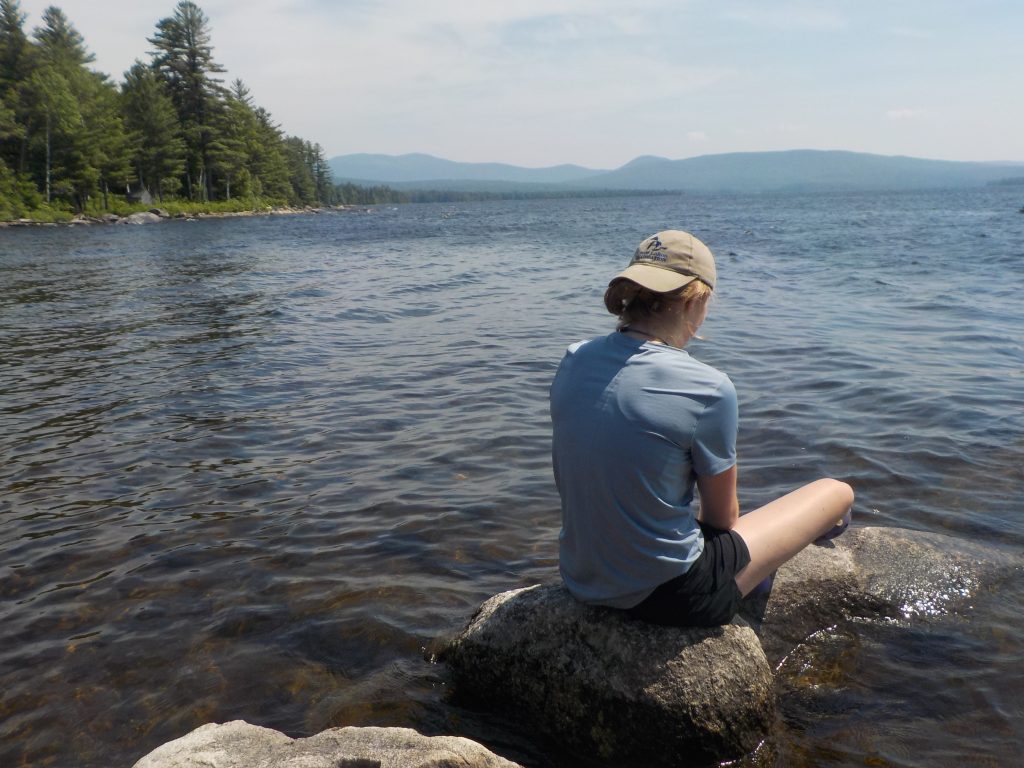 I want to end with a very important truth about representation. The TV shows and movies I watched, and the hundreds I didn’t have time to watch, predominantly feature male leads (mostly white). While men have historically occupied the realm of outdoor recreation, it’s no longer true even though they still become the faces we see on TV. This is an all-too-common message that only represents men in the outdoors, when it goes without saying that every type of person has been and continues to recreate in the wilderness. Yes, all genders, all races, all ages, all abilities. Period. 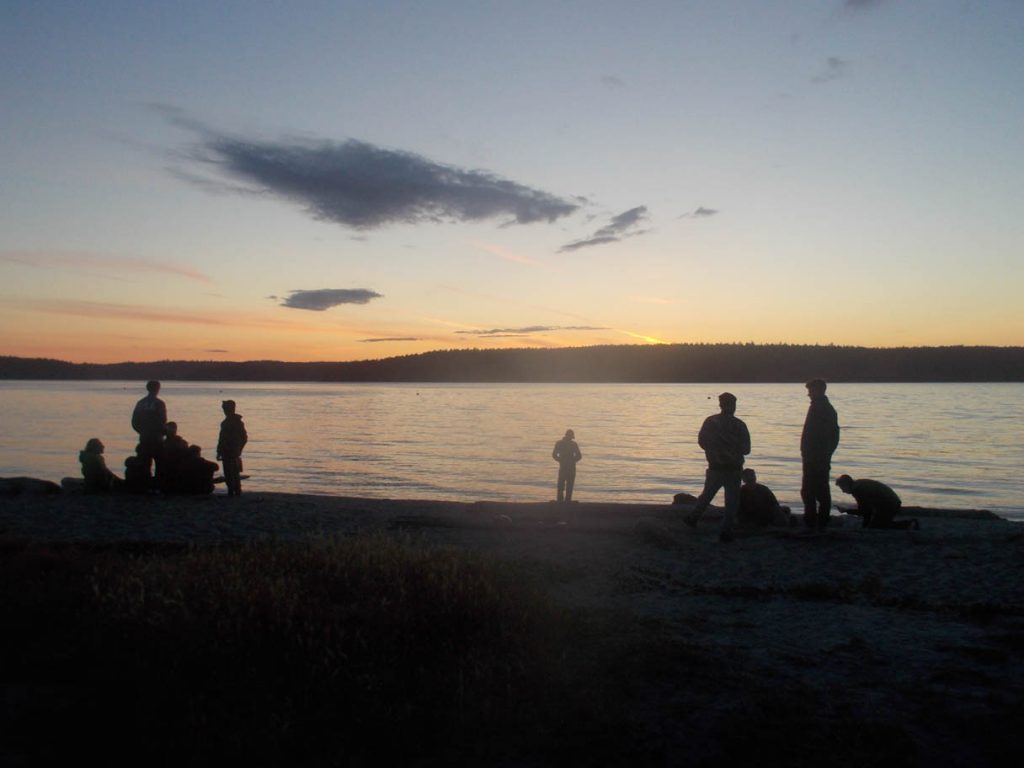 Photo was taken on a Northwest Sea Kayaking & Mountaineering for Adults course.

There you have it. The next time you’re in the mood for a wilderness flick, I’d recommend watching what’s out there to be inspired, impressed or entertained. Just remember, things may not always be as they seem and there may be an exaggeration or two. My advice? Get out there and decide for yourself.

Eva has been in love with Outward Bound ever since she’s started working for the organization five years ago. As a field intern at the Colorado Outward Bound School, she discovered how transformative the wilderness can be. Since then, she’s gone head-first into logistical support roles in both Colorado and California Outward Bound Schools. When she isn’t climbing, dancing or writing blogs for us, she’s probably planning her next big adventure: thru-hiking the Pacific Crest Trail 2020 and fundraising for Outward Bound scholarships along the way.