On an Intercept course, we ask our students to identify the difference between a consequence and a punishment. They identify that punishments are unfair and lead to more harm than good, and that consequences are inevitable, often put upon by their actions. By understanding the difference, students know what’s expected of them and what they will be held accountable to. Their actions have consequences, both positive and negative. And ideally they’ll make better decisions in the future because of it.

We empower students to navigate their own discussion about how their choices lead them to be treated a certain way and what they do about it. And that’s where the conversation seems to naturally end, “So, what can we do about it? What can we change?” 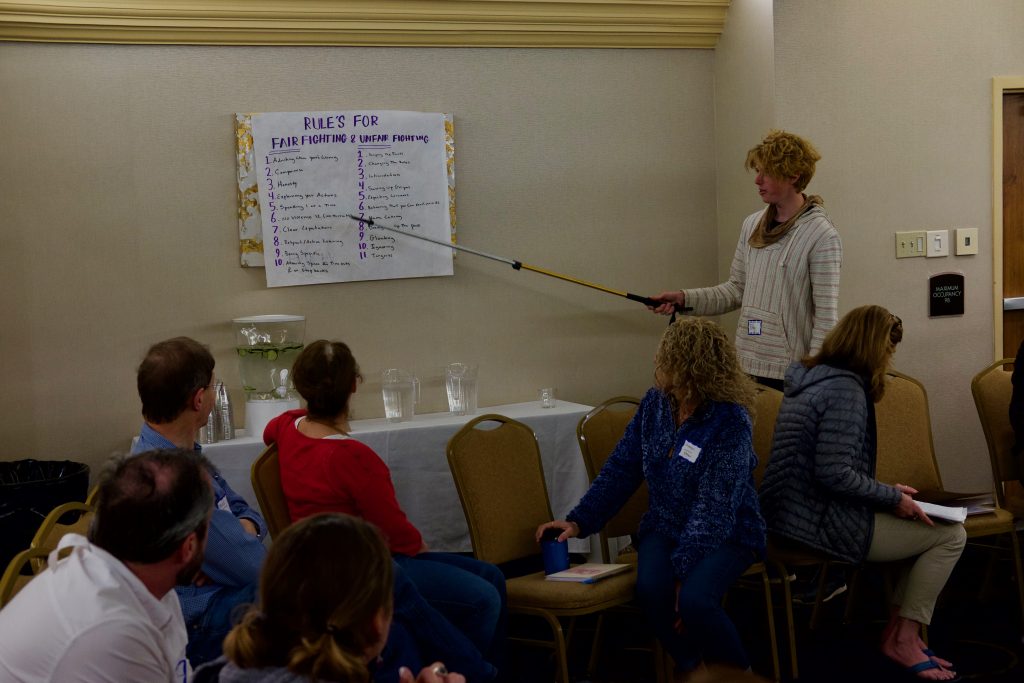 Perspective of a Parent: Punishment

Students (and their families too) learn that a punishment is unforeseen whereas a consequence is understood before it’s enforced (implemented). Imagine if your child comes home late for curfew and you’re enraged, and you ground them immediately for a month—no friends, no phone, nothing. Are you met with a just-as-enraged-as-you-are teenager? Yelling at you for how unfair you are? I know I was that teenager, but my parents were also those parents. They were upset and enforced something unexpected upon me, without any sort of conversation or opinion from my end.

It would frustrate anyone to be stripped of their privileges in that way because it makes them feel powerless. It came without any warning and was enforced without a conversation first. My parents and I would argue until we lost our voices; it was more important to win the fight than to solve the problem. Instead of hearing one another out about why we were upset and coming to some sort of agreement, we dug a bigger wrench into our relationship. Working with families now on Intercept courses, I’m able to relate and help them reach middle ground—compromise and set consequences, together. 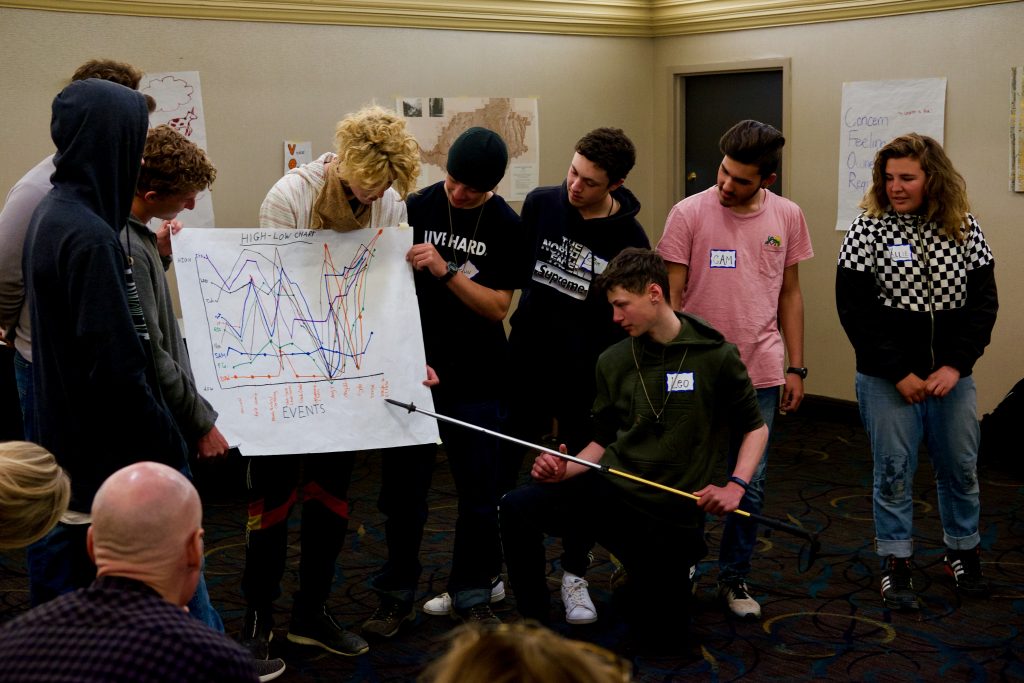 Perspective of a Teenager: Consequence

Imagine the same situation, but expectations are clearly set ahead of time. Before you go out for the evening, there is a discussion about what time you should be home. Your parents make it clear that if you arrive home later than expected, you’ll lose your phone privileges for one week and will have an early curfew the following weekend. You understand what is at stake if you’re not home on time.

You end up coming home late because time slipped away from you. You know what the consequence is, and it’s on you and your family to follow through with it. It’s not always fun, but freedoms and privileges in life are achieved through hard work, compromise, even sacrifice. Follow-through will build more trust within your family in the long run.

Why a Consequence Matters

One of the many objectives of the Intercept curriculum is to help students learn that they have autonomy over the choices they make. Especially when presented with consequences before that choice is made, it helps them take responsibility for their actions and learn that it’s not what happens to you, but what you do about it. When students are involved in the conversation around expectations, it allows them to not only understand what happens if they don’t follow the rules, but why those rules are in place. On a course, we have conversations first about the why, leaving space for questions and compromises. Once understood by the crew we expect them to follow through and hold them accountable to it if not. Determining clear and fair consequences for household expectations can eliminate arguments, provide stability and strengthen family communication and connection. Consequences sets students up for success because they feel more in control of their choices.

Although it’s human nature that our initial reaction to something we find unsettling when working with teenagers may be defensive, authoritative or angry, it’s not always the best way for us to get our point across. It’s coming from a place of concern and care, but teenagers often take it as unfair and can be met with just as much or more hasty and hostile words. I’ve interacted with a lot of families who often enforce punishments before having a conversation about the behavior. The discussion regarding the habit is necessary. The consequence linked will not be respected or effective without one. Both parties know where one another is coming from and a consequence can be implemented fairly and calmly rather than with anger and defense. 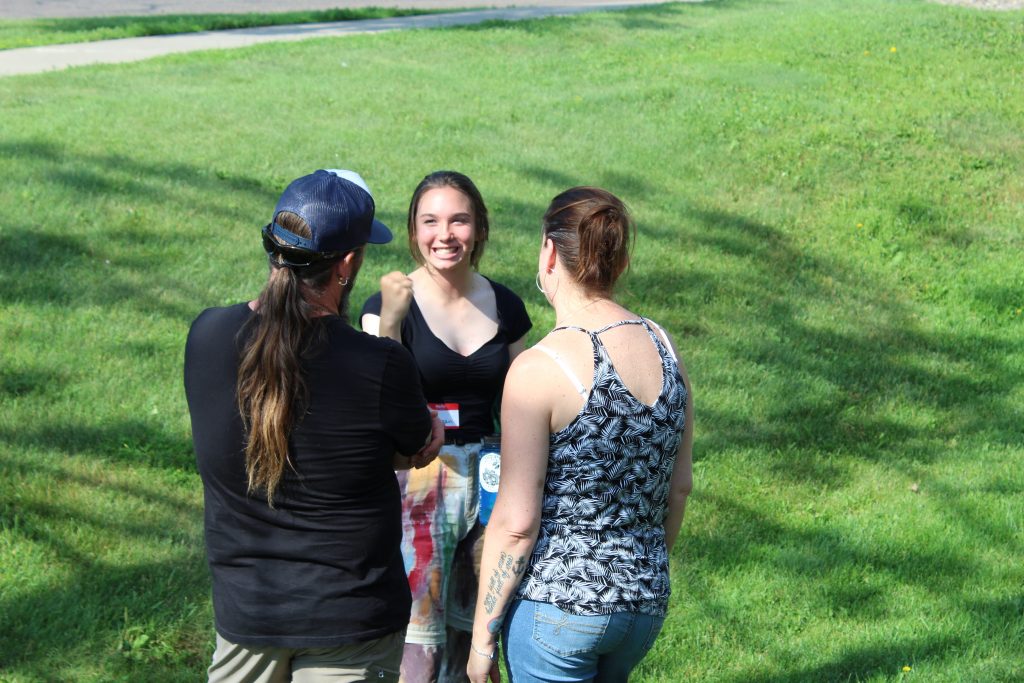 Photo taken during a Family Seminar on an Intercept Boundary Waters course, courtesy of Holly Noble.

Consequences Can be Positive, Too

Not all consequences have to be negative, and some of the most effective ones are positively framed. Positive consequences naturally encourage teenagers to work hard, ultimately earning them more trust and more freedoms. There are more opportunities for naturally positive consequences than we may realize, too. On a course, we debrief events that happen frequently. This allows for students to reflect on what happened, answering the why of their choices. It’s a lightbulb moment for some students. When given the time to reflect, they can make sense of the consequences linked to their actions, even the unconscious ones. Allowing time for them to reflect on how they reacted to a situation, or prepare for one, will help strengthen their self-awareness. And in turn they realize that those moments of reflection and discussion can have profound impacts on their overall feeling of success. Allow space for those moments at home. Reflection is a positive way to make sense of ourselves and it can empower them to make sense of their choices.

Consequences, if they are transparently relayed and understood, provide a long avenue of character development within any young person. Teenagers exhibiting patterns of poor decision-making skills or lacking responsibility for their actions could strongly benefit from the Intercept curriculum and the process of integrating consequences. It helps eliminate nagging and arguing, boosts relationships and empowers students to take ownership of their choices and their lives. 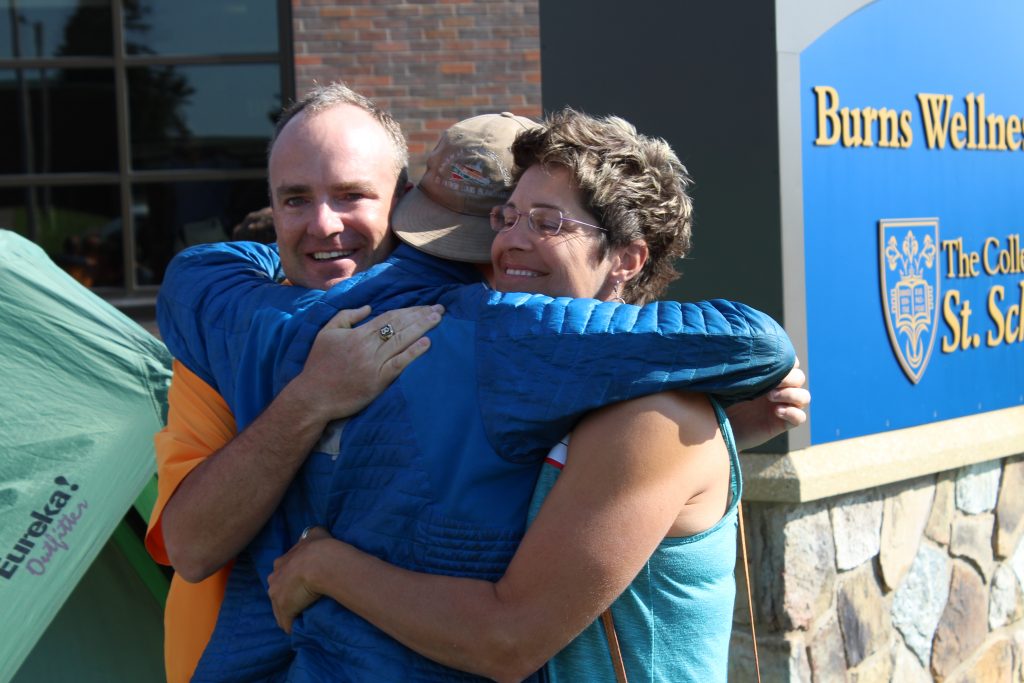 Building a culture, whether it’s at home or in the classroom, with space for teenagers to give their input helps them understand the importance of advocation and follow-through. At the end of a course, the hope is that students can identify how their actions impact those around them. This awareness builds upon empathy and sharpens their decision-making skills.

I challenge you to think about times in your life that you’ve thought, “That’s not fair!” Was it because you weren’t provided all the information? You felt someone’s opinion mattered more than your own? You didn’t understand what the other party wanted or expected? Think about what these moments can teach us. Why do we react that way? Next time, try and have a conversation about it. If it’s the first time it’s happened, establish the feelings associated with it, try and understand where the other person is coming from. Reflect on the reactions associated, ask questions, and the hope is that you can come to some sort of compromise or understanding. Move forward and stay solution-oriented.

If we focus on helping students recognize the consequences of their actions, we contribute to a more positive culture of human interaction. The Intercept curriculum, especially teaching choice versus consequence, strengthens the way young people make decisions, interact with others and confront challenges with acceptance and understanding.

Blaine Weiss is an outdoor Instructor who works primarily with the FINS and Intercept programs of the North Carolina Outward Bound School. With a background in film and writing, she seizes the opportunity to fuse her interests in the creative arts with her love of the outdoors.

Why Different Learning Styles Are Important In Outdoor Education

How to understand different learning styles and why it’s important in empowering students to succeed. It took me a while to learn how to tie knots. It’s an essential outdoor…...

Choosing excellence takes away the immediate standard of perfection and replaces it with a growth mindset and an ability to move far beyond it. My first backpacking trip was an…...