The Hidden Cost of Too Much Screen Time for Gen Z 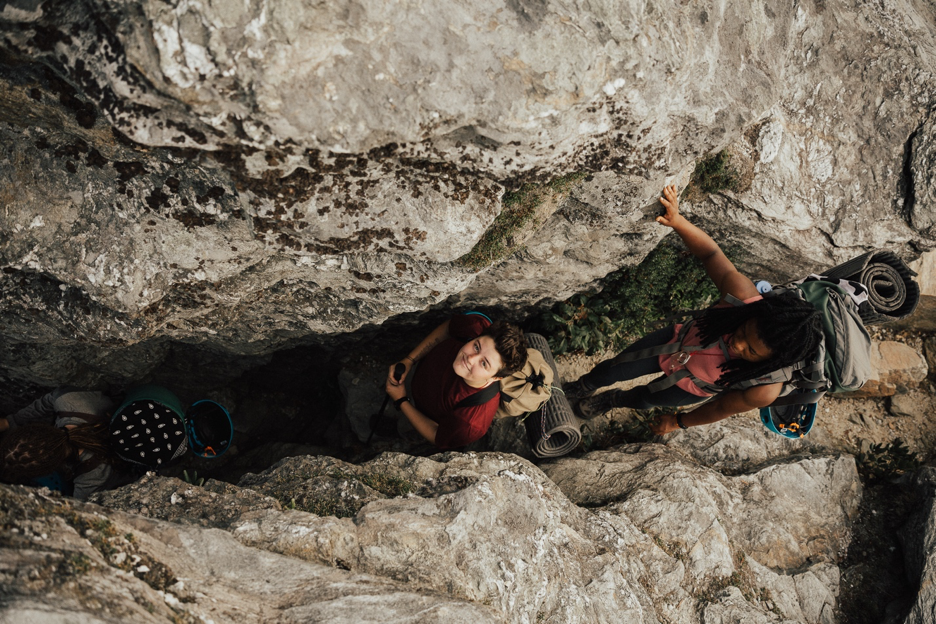 For Gen Z, technology has always been a presence and is a powerful tool that’s utilized in many settings: both socially and academically. Photo by Rachel Veale.

Our crew was sitting around the fire partaking in ‘Hopes and Fears,’ an activity where each student shares what they look forward to and what they’re scared about going into their course experience.

The thing I’m most scared of for the next week is not having access to my phone.

This student’s fear—of not having access to their phone, a device they’re used to having 24/7—speaks to a shared struggle among many students who arrive on a course: the fear of losing connection. It’s a bit ironic, yes? This student was concerned about losing connection through the temporary absence of his phone while he was sitting in a circle with 11 other students and two Instructors. The potential for connection almost always exists. Whether or not we decide to engage with the present space we’re in is on us. For this student though, and for the others sitting around the fire, the fear associated with not having access to his phone felt very real.

This student and his peers make up Generation Z, the first generation to be born in a time when a wide array of technological advancements already exist. They’re the first “digital native” generation in the history of humankind. Gen Z was raised on the internet and social media. For Gen Z, technology has always been a presence and is a powerful tool that’s utilized in many settings: both socially and academically.

Technology Is A Powerful Academic Tool

In an academic sense, there’s evidence of technology positively contributing to Gen Z learning. In a study done in August of 2018, Education publisher Pearson reported that YouTube takes a significant role in learning, with 55% of Gen Z claiming that it has contributed to their education, compared to 40% from the previous Millennial generation. In addition to YouTube, Gen Z prefers to use learning apps and interactive games over printed books for learning new content. 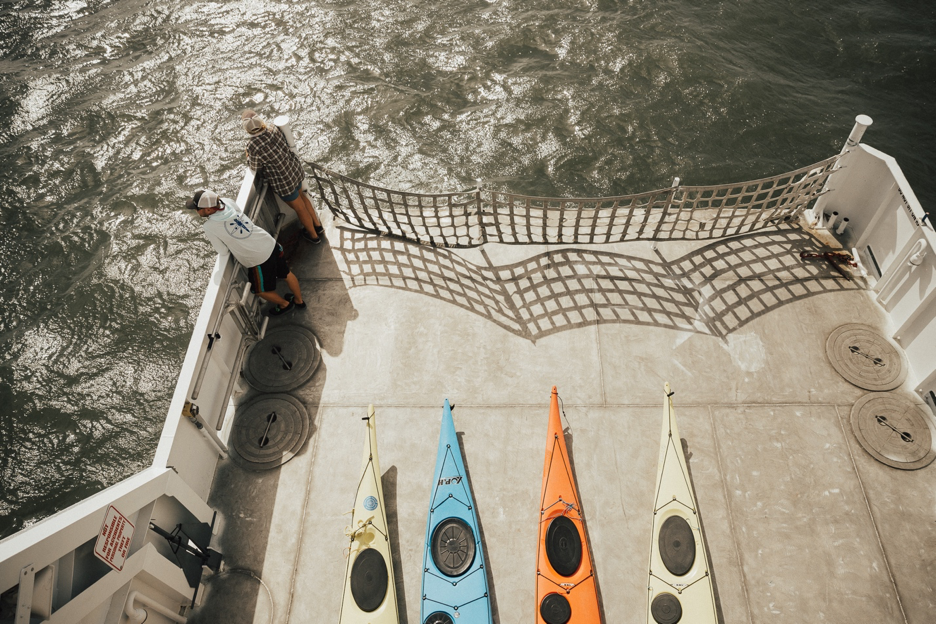 Teens crave connection. Social apps can be a way to connect, but it’s quite different from the connections that are done in person. Social media provides a platform for Gen Z to engage with other people outside of their immediate geographic circles, expanding their social worlds but at the sacrifice of irreplaceable factors of connection that take place when done in-person, including tone, touch, body language and eye contact. Social media can set false expectations of reality through instant gratification and “highlight reeling,” where every social page is a crafted construct of that user’s choosing and doesn’t provide an accurate representation of reality. And yet, social media feeds into the way Gen Z makes judgments of others and how they feel about themselves, and it also increases comparison and feelings of insecurity.

Additionally, when social media is chosen over engaging in person, and screens become a wall standing between teens and the present, they miss out on significant connection potential.

When we show up and are present in our lives—when distractions like notifications and direct messages that vie for our attention are absent—we step into a whole new realm of connection possibilities. And it’s our responsibility as educators, parents, older siblings and helpers of teens to role model this and start growth-inducing conversations about how technology plays a part in our lives. 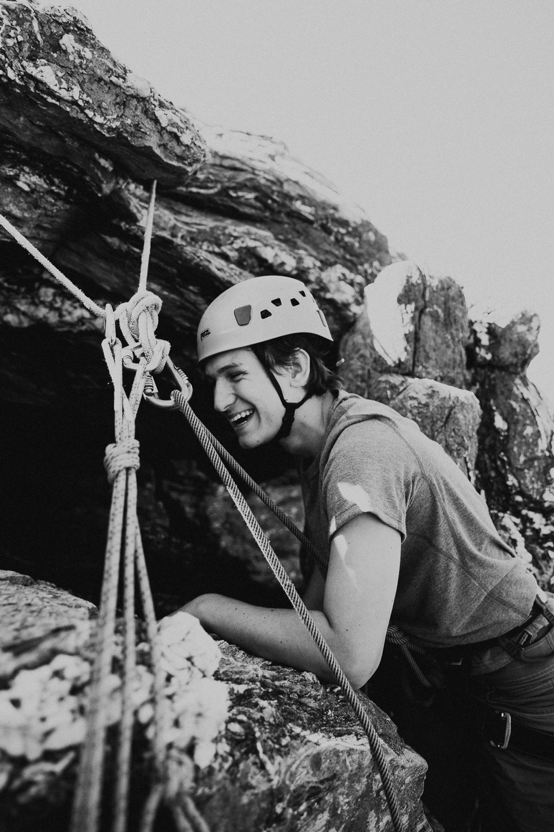 When we show up and are present in our lives without our screens, we step into a whole new realm of connection possibilities. Photo by Rachel Veale.

Screens can be effective tools with the power to connect and educate. And they are here to stay, so instead of harping on teens’ use of screens, we should be changing the conversations we’re having about them: starting inclusive discussions on why and when we turn to phones and what we are trying to fill.

How does getting on social media compare with face-to-face interactions?

Does it ever make us feel lonely?

Initiating questions like these without invoking judgment is a great way to get conversations around screen-use started and to build teens’ self-awareness over their own technology use.

After a week or two in the wilderness on a course, most students are surprised by just how easy it is to be phone-less. Students realize the screens they’re using to fill their longing to connect can cause them to miss out on real-life connections around them. I’ve had many students say they enjoyed no screen time so much that they were planning on regularly implementing it into their week and would turn their phones off for a day!

By building teens’ awareness around the needs they’re trying to meet when they pick up a phone and brainstorming on alternative ways they can fill those needs, we show teens that they have the power to assess how they want to engage with technology. We can enable them to take ownership and make changes if their needs aren’t being met in the best ways. 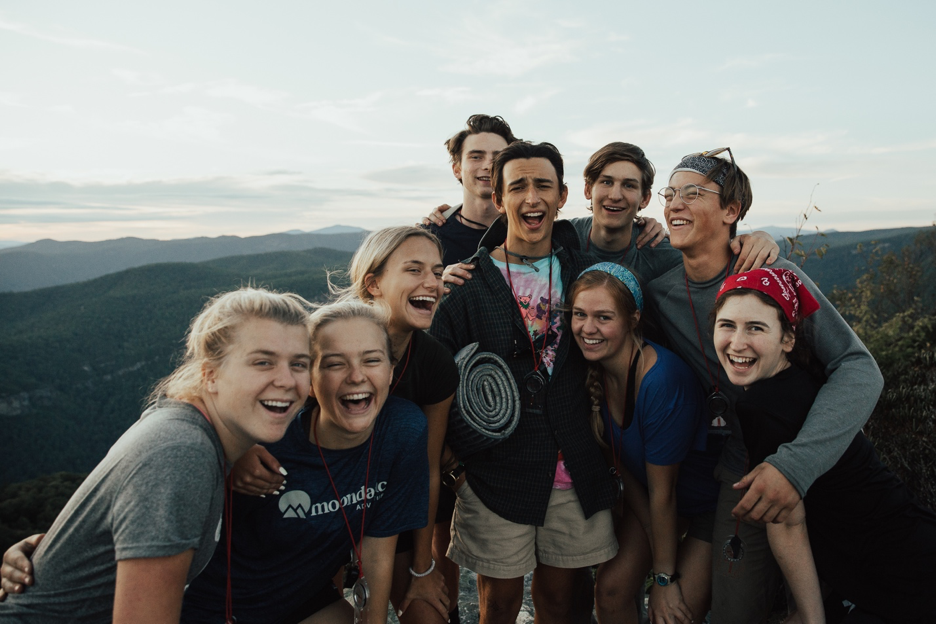 We can show teens they have the power to assess how they want to engage with technology. Photo by Rachel Veale.

Rachel Veale is an Instructor for the North Carolina Outward Bound School. With a degree in Electronic Media and Communication from Texas Tech University, Rachel thrives at the intersection of content creation and outdoor spaces. Her go-to road trip snack is black coffee and donut holes. When she isn’t on course, you can find her running down a trail in western NC or chasing golden hour with a camera in hand.

What Does It Mean to Be a Resilient Parent?

﻿ Parenting has taken on a whole new meaning during the pandemic. As schools have closed and many children have been at home during the day, families have had to…...

Read More
What Does Responsibility Have to Do With Being Resilient?

﻿ It was day 18 of a 21-day course in the Oregon Cascades, and our crew was eating macaroni and cheese in the shadow of Mt. Thielsen. We had navigated…...