Beth, Steve, Eli and Sage are known as some of the most intrepid and incredible expedition paddlers at the Outward Bound School in Maine. They also happen to be Instructors. The past summer, they were looking for a challenge. They set out on a 970 km journey over 46 days traversing the Ungava Peninsula in Canada by canoe. You can see their route here. They pushed through icebergs on the Hudson Bay, traveled upriver to the height of land, and followed a network of lakes and rivers into the Inuit village of Kangirsuk. “I wanted to do something  that would challenge me in the same way or more as I try to challenge my students,” Beth said. 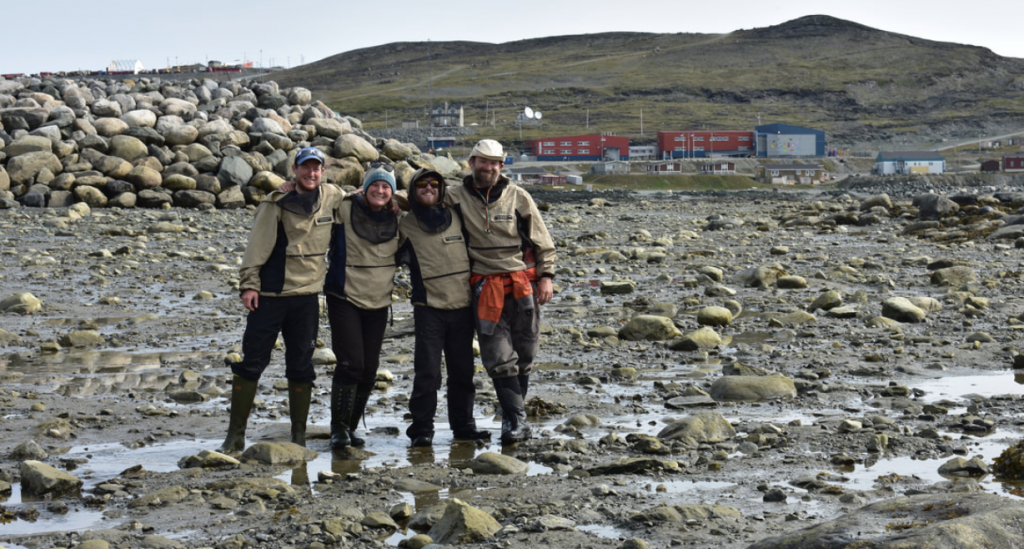 Beth is a long-time Outward Bound Instructor of paddling expeditions in Maine, where students venture up to three weeks traveling by canoe through rivers and lakes lined with dense forest. Crews bake bread in the coals of the campfire, spot moose along the wooded banks and navigate increasingly demanding whitewater rapids. In recent years, Beth has run the Florida Keys to Brazil Leadership Semester expedition, paddling through remote jungle rivers. Working with Outward Bound Brazil in the Amazon was about ‘going into a lot more unknowns’ which Beth says readied her to choose a remote Canadian journey as her next challenge.

Beth wanted to build an expedition that would make the crew say ‘I hope we can finish this.’

“I stumbled across this expedition route unexpectedly,” Beth laughed. “I came across a four or five-line description of this route from ten years ago and I said, These people did what? All we had were the names of six or seven lakes and a couple of rivers, to try to figure out how to get from the starting point to the ending point.”

When Steve, Eli and Sage signed on, Beth said, “Are you sure you looked at the route I sent you?”

Sometimes the greatest part of an adventure isn’t where you go, it’s how. The team agreed to complete their expedition without using single-use plastic.

“Being plastic free was the greatest unknown, probably the biggest risk that we took,” Beth reflected. “Would our food get stale? Would our flour get wet?”

A huge amount of plastic waste ends up in our land and oceans. Understanding that our wilderness and home environments are ecologically interconnected, Beth noticed how ‘Leave No Trace’ in a wilderness setting sometimes results in pollution and waste in other environments. So Beth created an original design and sewed 200 reusable fabric food bags to use on their 46-day journey. 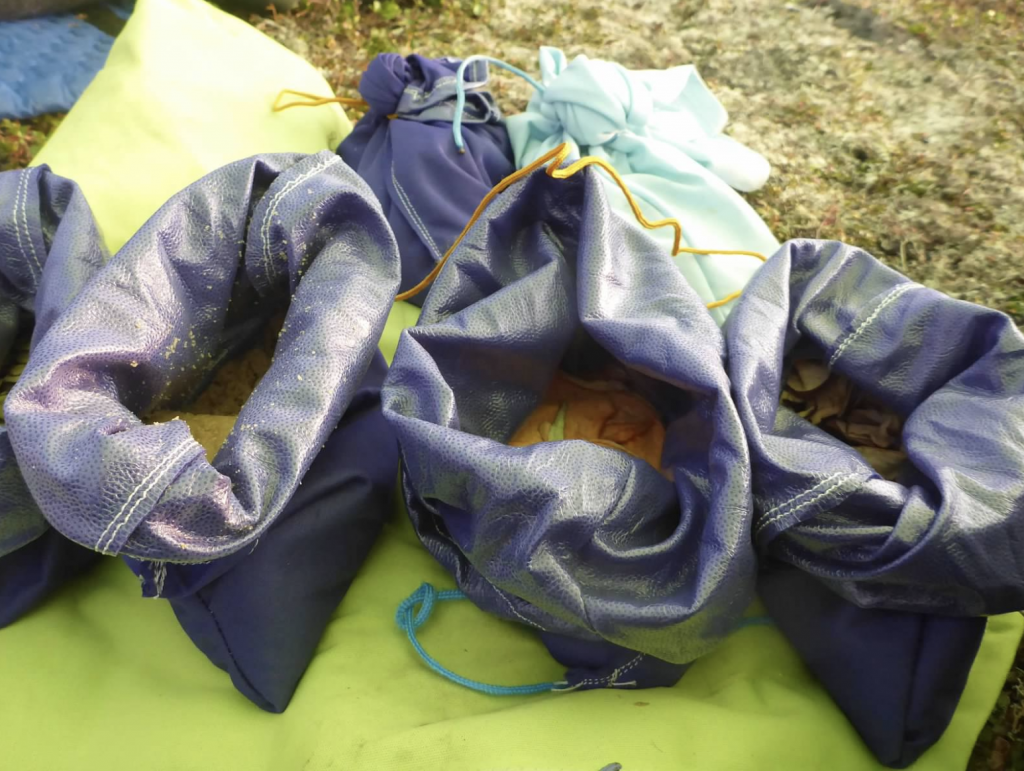 Flying into their starting point, the Canadian village of Umiujaq, the crew looked down on the inland lakes they would be paddling to see that they were…frozen. The ice had gone out on the Hudson Bay three weeks late; by the time they began paddling, everything was melting and the rivers were flooded into the trees with giant waterfalls. Traveling upriver in the Richard watershed, the water was painfully cold and the weather stormy. The route demanded that the team carry their canoes and gear up and over a mountain range for five days. The food barrels were so heavy it required two people to pick them up, and some nights the team just collapsed from exhaustion. The crew was immediately confronted with the intensity of all they were taking on. 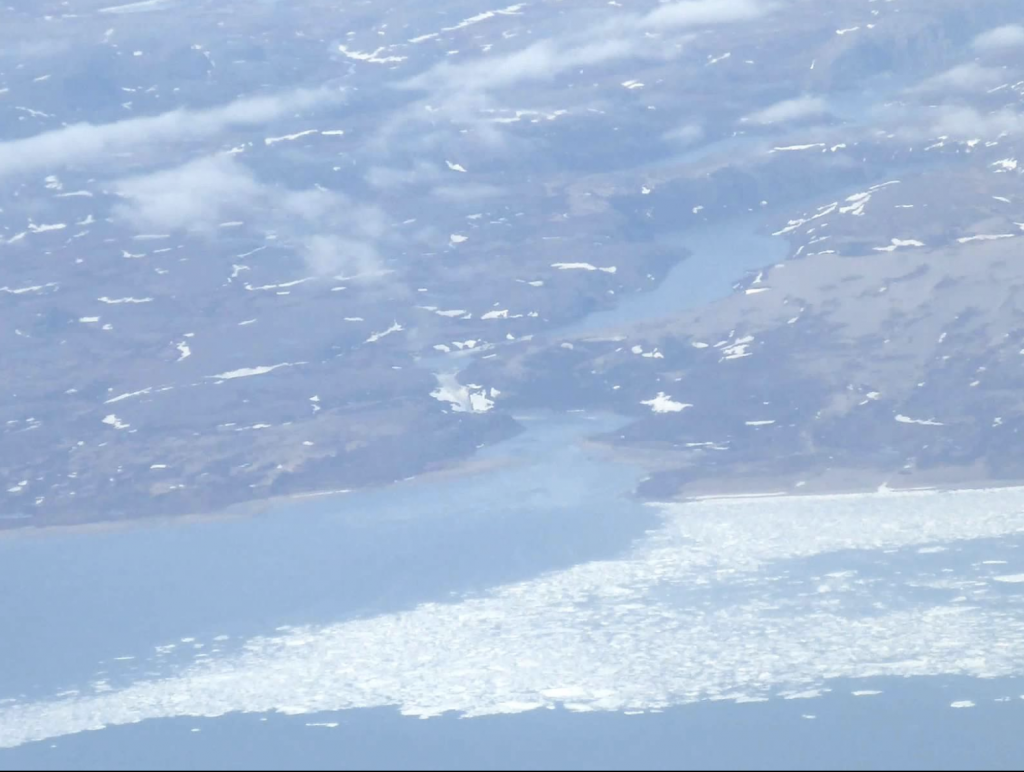 A view through the airplane window of Nastapoca Falls, 40km north of Umiuaq on Hudson Bay, where we would soon be paddling. This is also a great view of the ice on the bay. Photo by Beth Jackson.

“It was a really good reminder of what it’s like to be a student,” Beth said. “Our trip was really hard in a lot of ways, and in different ways for all of us. And we had to confront it, because we couldn’t go home.”

The challenges gave way to the thrills of unscouted whitewater; of catching and filleting plentiful brook and lake trout; following caribou tracks on their migrations around the most daunting rapids; circumventing a snow field; and picking cranberries.

“It was everything,” Beth wrote. “Incredible, at times horrible; fun; wonderful; hard; cold; warm; really cold; hot. And eventually came the moments that we await for on a journey of, ‘Wow, we’re actually going to make it.” 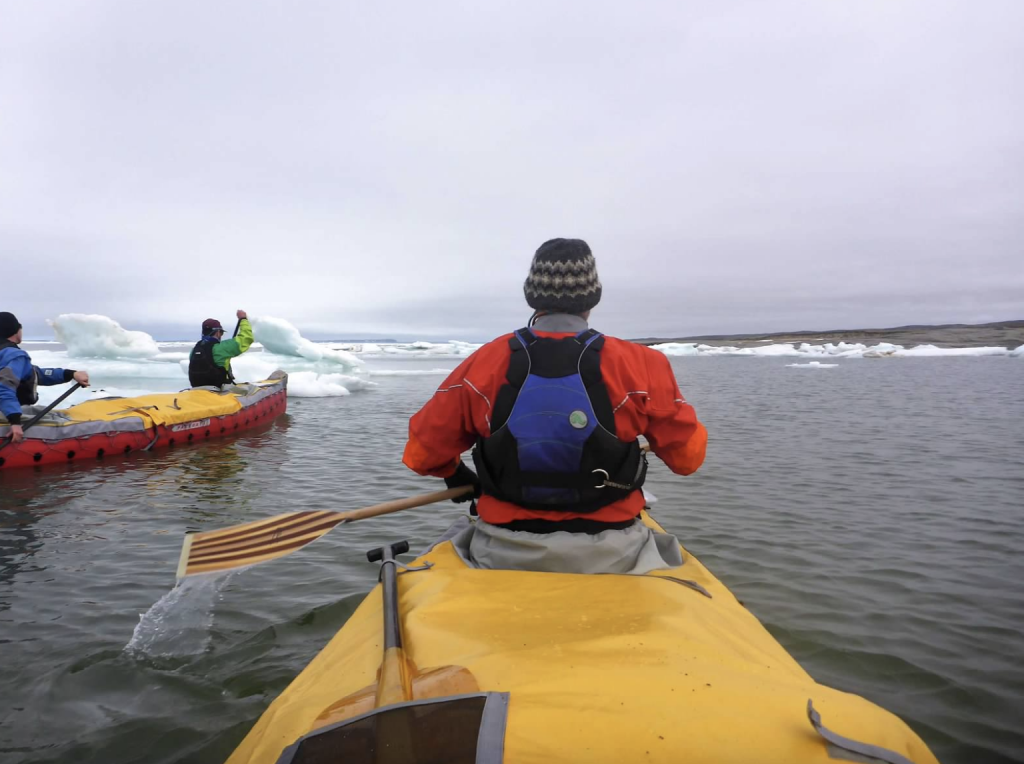 Returning from an expedition presents its own set of challenges. The team reflected:

“On the morning of day 46, August 19th, 2018 when we landed on the beach in Kangirsuk, Nunavik, Quebec, you could see it in our eyes. Smiles, tiredness, relief, excitement, hunger, bittersweet. We had sun and wind-burnt faces, bags under our eyes, unkempt beards, mustaches growing past upper lips, and worn hands. Upon closer inspection one could see layers of dirt caked on once brightly colored dry suits, matted hair hidden under layers of hats, patches on boats, dead mosquitoes and black flies caked in every nook and cranny, and fresh baked potato flake and flour biscuits in our bowls. We had made it! Our feet finally planted on the low tide beach in the Inuit community of Kangirsuk!

In that moment, if you had asked, ‘How was it?’ your question likely would have been met with a blank stare, or wide eyes and a smile. How was it? is not an easily answered question. An expedition, especially an adventurous one, is often everything.” 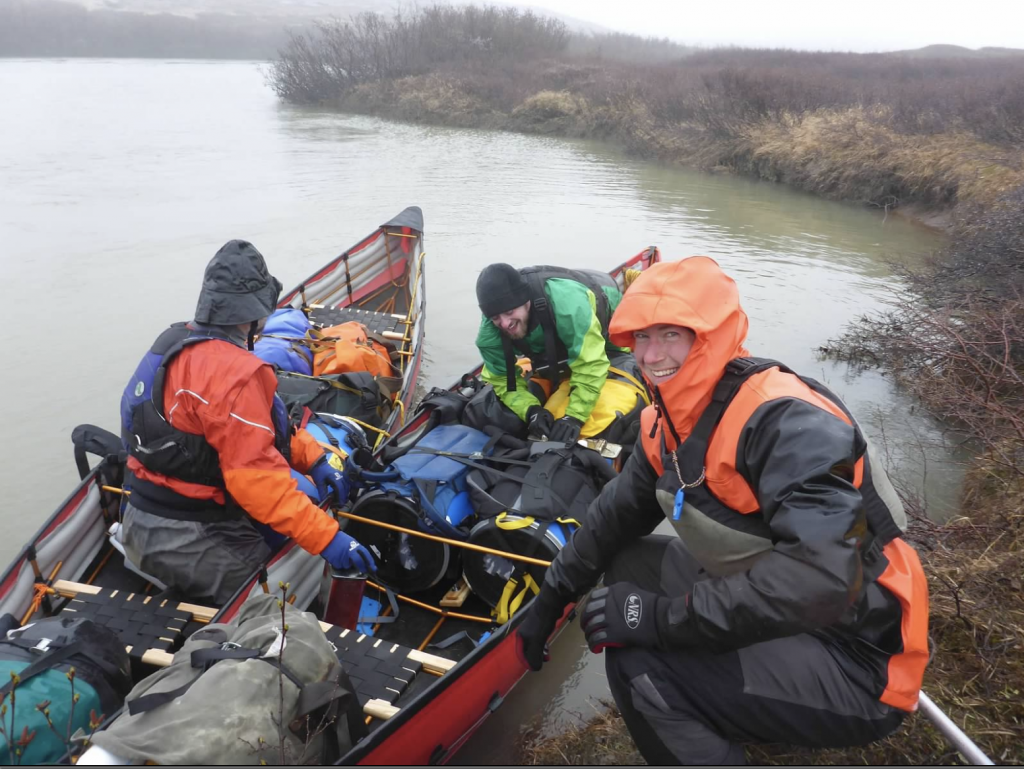 Beth said it helped to have a slow transition back into post-expedition life. “We came back from the adventure with new stories, new concerns and new dreams. It can be hard to explain. Our capacities had  been expanded and our circles of comfort had been widened. Environments and skills which were once foreign became familiar, and our widened circles asked us to look toward new unknowns.”

The reusable plastic bags Beth created were also a huge success. At the expedition’s end, she turned them inside out and threw them in a washing machine—and are now ready for their next adventure.

“At the heart of our travels these last two months are two words: adventure and expedition,” the team wrote. “To go adventuring, to explore the unknown, to embrace uncertainty, to exercise curiosity, to take advantage of opportunity. Expedition: a means of which to seek out adventure, to travel self-sufficiently, to co-exist with the land, to accept, with grace, all that might arrive. Choosing adventure by expedition challenges our core beings and in the end we leave with wiser eyes.”

Nora Spicer has instructed backpacking and canoeing courses at the Hurricane Island Outward Bound School for five years. She has an MA in Environmental History from Harvard University and aims to bridge wilderness living and academic study through outdoor education. She is currently developing curriculum for an expedition-based semester program traversing US-Mexico borders by human-powered travel, and is traveling for research on Borderlands education.