5 Places to Go Leaf-Peeping This Fall

As seasons start to change, there are so many outdoor activities to go out and try. Keep these five world-renowned leaf-peeping locations on your radar.

As September begins and summer fades out, some might be surprised to know that the best outdoor activities and hikes still lie ahead. Instead of trudging through the summer swelter from outdoor excursions, cooler temperatures await as the crisp autumn air settles into nature and leaves begin their seasonal transformation. Even if you are not an “outdoorsy” person, it’s hard not to want to be in the middle of nature’s fireworks when the last foliage unleashes their intense splendor of majestic golds, crimson reds and molten oranges.

Depending on where you are, you may already live in a region that is known for its fall foliage. If you are lucky to participate in an Outward Bound program in the autumn, you could experience new ways to appreciate the fall season. Here is a list of five places, in no particular order, where leaf-peeping is renowned, with one or two locations that may surprise you. 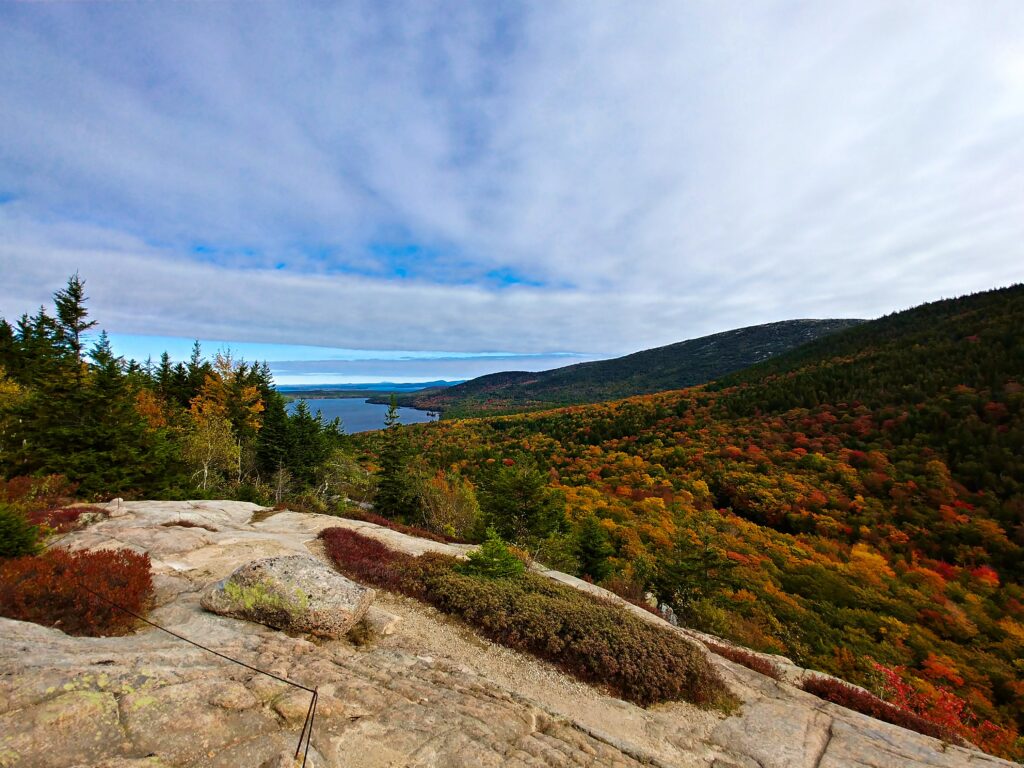 Vacationland. The state motto for summer fun officially ends on Labor Day—however, fall fun always follows. While visitors come from around the U.S. and other countries to view the autumn colors of the seven New England states, Maine stands out in particular because it’s home to the only National Park in New England, Acadia National Park.

Visiting the park in the fall might be one of the best times as temperatures are cool and, other than on the weekends, there are fewer vacationers. Within the park is Cadillac Mountain, the highest point on the Atlantic seaboard and the first place in the U.S. to see the sunrise. Couple that with a visit in mid-October, and you are left with unparalleled views, making Acadia National Park one of the best locations in New England for leaf-peeping. Learn more about what to do on your visit to Maine here.

Leaves change in late September, with their peak in mid-October. 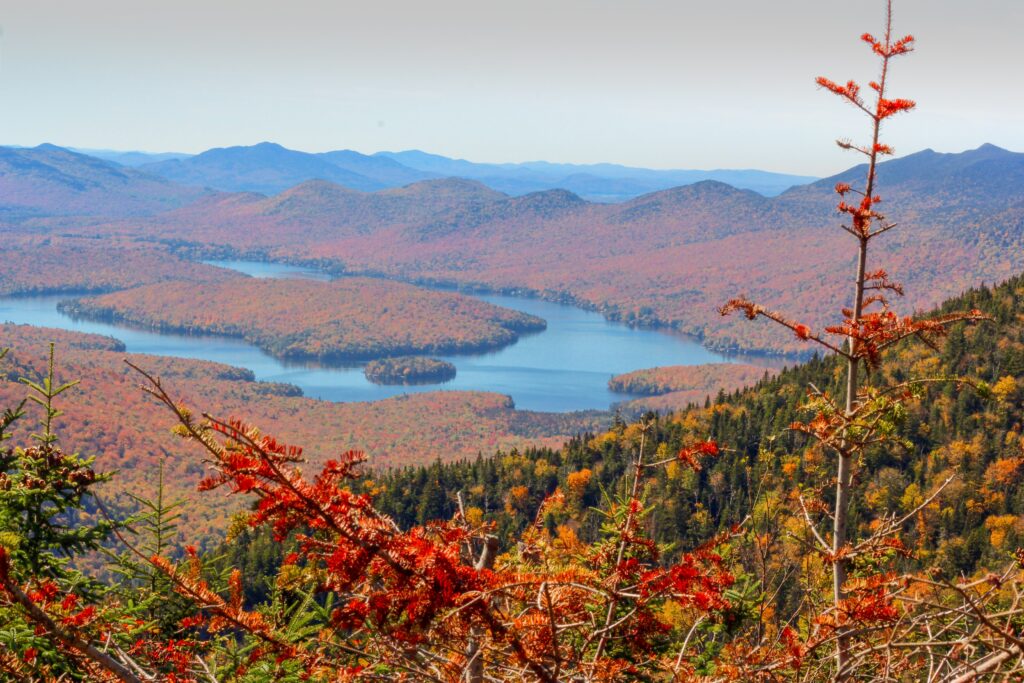 The Adirondack Mountains turn every shade of red, orange and yellow in the fall. Photo by Hazal Ozturk.

Having instructed outdoor courses with New York City Outward Bound Schools (NYCOBS) myself in upstate New York, the forests start unleashing their colors in mid-September and last until late October. Hiking upstate became an even more meditative activity as I began to appreciate time in general as days became shorter and not only the metamorphosis of the land but also of the Outward Bound participants as they learned throughout the trip.

Participating in a high ropes course is usually part of any Outward Bound excursion, but during the fall, when nature’s fireworks begin taking off and the polychromatic leaves float around you while you air-walk between trees 50 feet above the gold and auburn ground, that is when a course becomes wildly magical. It can all seem surreal.

Leaves change from late September until the third week in October. 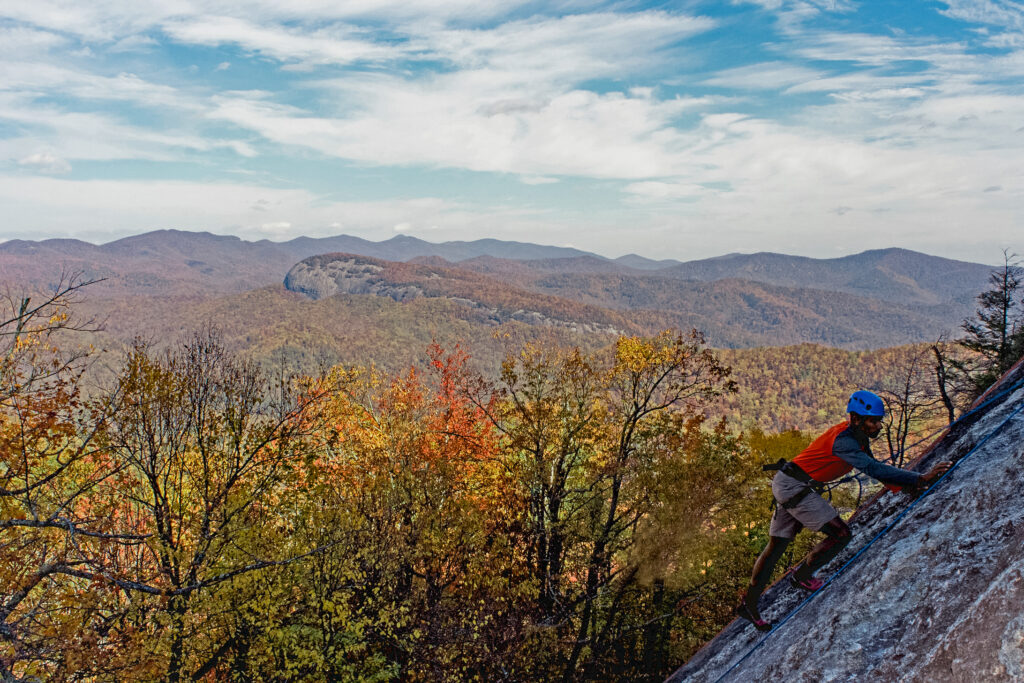 As part of the Appalachians, The Blue Ridge Mountains already have a distinct color attributed to them. The Cherokee Indians named their land Shaconage (shah-con-ah-jey), or “Land of the Blue Mist.” Although the Blue Ridge Mountains extend into eight states, North Carolina lays claim to the blue mystique that covers the landscape due to the abundant oak trees in this particular region.

Trees emit a range of molecules including one known as isoprene. Isoprene is a naturally occurring hydrocarbon released to protect trees from excessive heat, with Oaks producing more of it than other trees. When isoprene interacts with molecules in the atmosphere, it creates the famous blue haze that the Blue Ridge Mountains are named after. Because of the varied elevations and regions in the mountains, the leaves can vary on the exact time they change and peak times for leaf-peeping. In general, leaves will change first at higher elevations then conclude at lower levels. The whole transformation can last all of October. Learn more about the Blue Ridge Mountains here.

Leaves begin changing in early September and can take all of October. 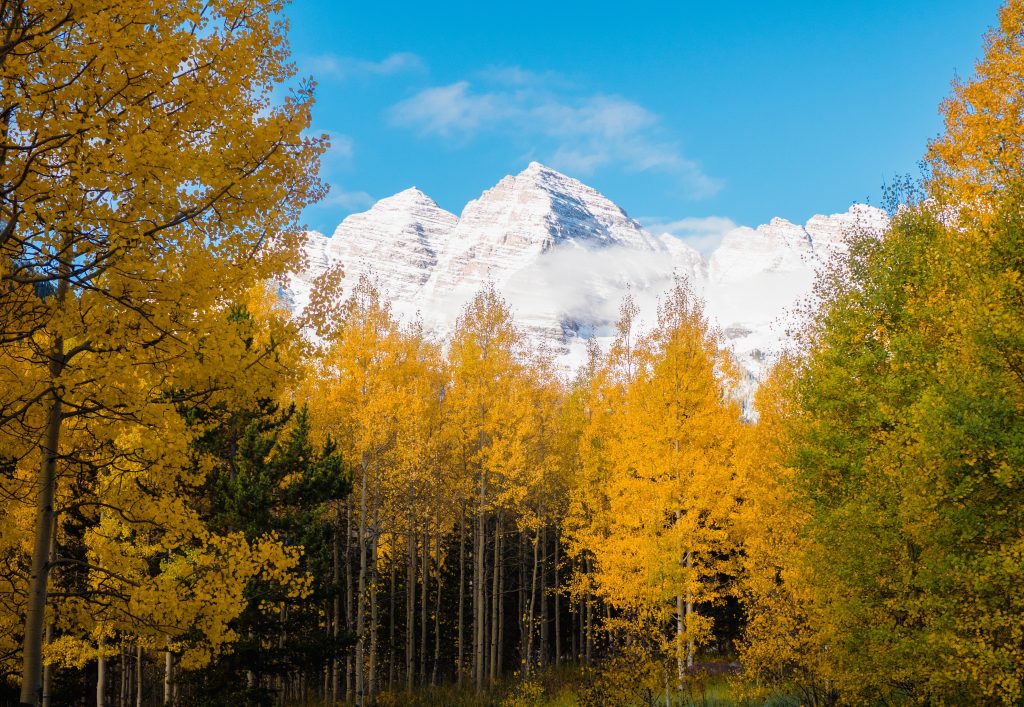 A place that needs a reservation for leaf-peeping? 10 miles west of Aspen is the Maroon Bells Scenic Area, one of the best places to see trees turn colors in Colorado and one of the most photographed. Because of its high visitor count, the U.S. Forest Service created a reservation system to help preservation efforts and lessen the environmental impact from the crowds. Reservations are required for personal vehicles and seats on shuttle buses entering the park. Camping permits are also needed. But it’s well worth it for seeing the unbelievable panorama of the quintessential Colorado aspen trees that turn gold doubling off Maroon Lake.

Leaves change from mid-September to mid-October. 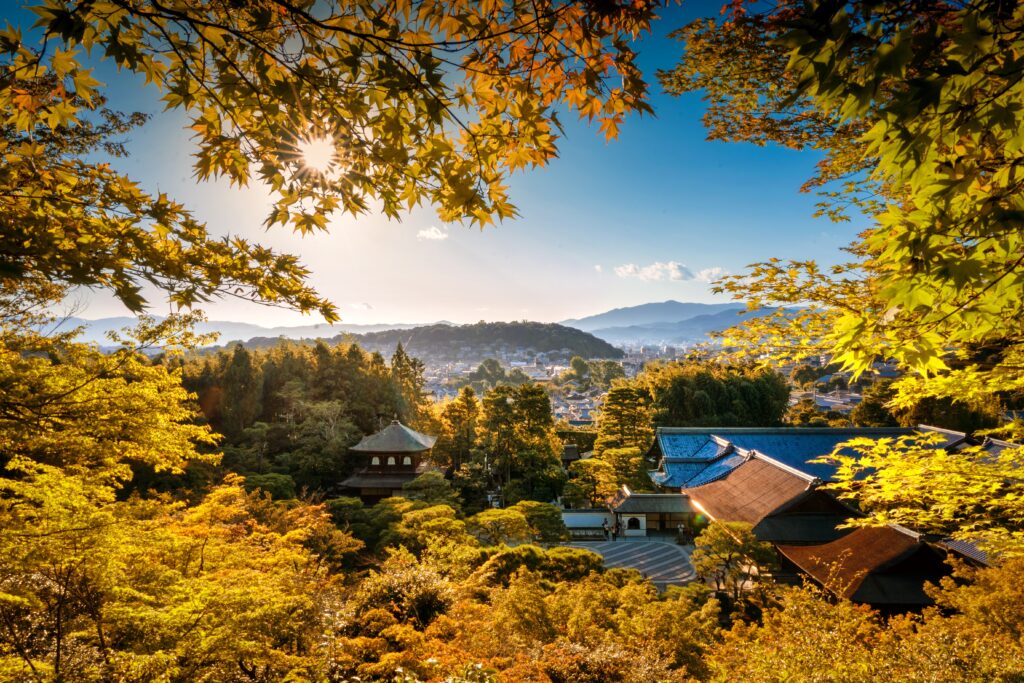 Although you might not be able to travel to Japan this year, this is definitely one to add to your bucket list. Often when people think of autumn leaves, they envision New England scenery or a specific part of the U.S., but there are many places where autumn shows off around the world. In Japan, leaf-peeping has its equivalent: momijigari. Momijigari (紅葉狩) is a compound of 紅葉 (momiji, “red leaves”) plus‎ 狩 (gari, “hunting”), red leaves hunting.

Kyoto, Japan’s former capital, is considered to be one of the best places for momijigari. The numerous Buddhist temples and bright red and orange Shinto shrines blend in with the surrounding fall colors. Having visited Kyoto myself, I toured multiple temples and strolled around the edges of the forests as fiery red and vivid orange leaves danced around and landed among the shrines. They seemed to become an extension of the stoic architecture. My whole trip to Kyoto seemed otherworldly yet meditative.

Momijigari is from mid-September, with its peak in mid-November, until about mid-December. 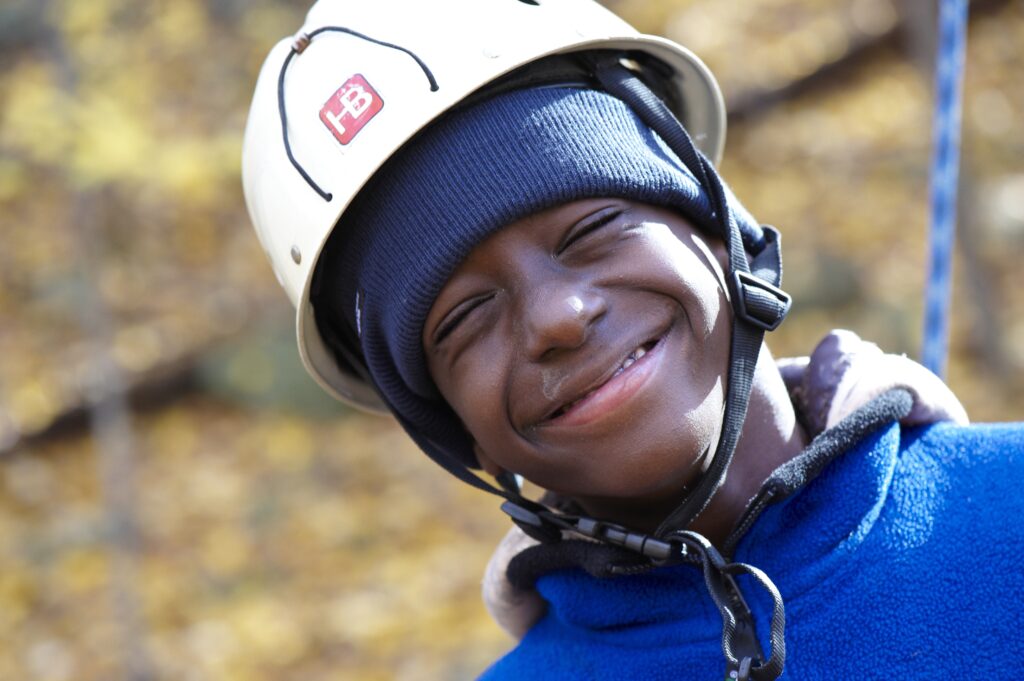 Get Outside and Go Leaf-Peeping

Autumn reminds us that change is part of the plan. There are still many more fun outdoor trips to look forward to in the cooler months. Though days may be getting shorter, more sunlight gradually enters the thick woods as trees start shedding their leaves, adding to the brightness of the surroundings.

If you haven’t done much camping or hiking these past months due to the uncomfortably high summer temperatures, take advantage of the upcoming crisp weather and get outside on a trail. You’ll be able to have comfortable, fun and potentially meditative days among nature, with a colorful autumn backdrop.

Victor instructed for New York City Outward Bound Schools (NYCOBS) and was a climbing and kayak Instructor at Boston University where he led trips around the New England area. He continues to work for Boston University but now as a Site Supervisor, managing a team of 11 specialists at a Covid-19 collection site, which tests all staff, employees and students. In his free time, he’s either shooting/editing videos, performing music or creating content for online publication.

Not everyone thinks about going on an Outward Bound expedition outside of summer, but there are many reasons to love our off-season courses. Fall, winter and spring often mean fewer…...